Analysts expect another year of positive returns for the fixed-income markets in 2013, although gains will be harder to com e by than in 2012, owing to narrower spreads.

“Spreads are much closer to average levels [than a year ago] across regions and credit quality, and investors’ focus has shifted somewhat to fundamentals and idiosyncratic risks,” says Jeff Meli, global head of credit research at Barclays Capital. “Ongoing support from central banks should translate into muted macro-led volatility, and the systemic risk premium should continue to be drained from the credit market.”

Investors will be forced to seek excess returns in parts of the market that have lagged, such as triple-B credits in investment-grade bonds and triple-Cs in high-yield, Meli says. “The lackluster economic backdrop, particularly in Europe, has started to weigh on results, evidenced by weak third-quarter [2012] earnings, as well as credit ratings. Barclays Capital analysts also expect a rise in M&A activity, according to Meli, “which should be neutral, on average, for credit investors, but will clearly contribute to differentiation across single names.”

In the US, investment-grade and high-yield bond issuance set records in 2012. As a result, the need for corporations to issue new debt this year has diminished, Barclays says. Emerging markets’ dollar-denominated issuance has been climbing steadily from all regions; in 2012, it easily eclipsed previous records.

Christine Hurtsellers, chief investment officer of fixed-income and proprietary investments at ING US Investment Management, says: “Emerging markets are poised to benefit from recent monetary and fiscal accommodation and present good value and opportunity.” Emerging markets corporations are less leveraged than US corporations and European market tail risks are diminishing, she says.

Hurtsellers believes economic growth could produce volatility in the US market, although federal funds futures are not pricing in any change in Federal Reserve policy. She believes that Ben Bernanke’s likely replacement as Fed chairman in 2014 will not have very different policies.

“The possibility of economic growth persisting next year is very real and could lead to a reduction of the current, ultra-easy monetary policy,” Hurtsellers says. “This change could produce volatility as the market prices in the possibility of higher rates, not only in US government securities but also in the spread sectors that have been favored by investors over the last few years.”

In this changing en-vironment senior bank loan investments will be attractive, since they are designed to reset their yields to reflect current interest rates, according to Hurtsellers. Commercial mortgage-backed securities and non-agency mortgage securities may also fare particularly well, she adds, as they benefit from continued improvements in US commercial and residential property markets. 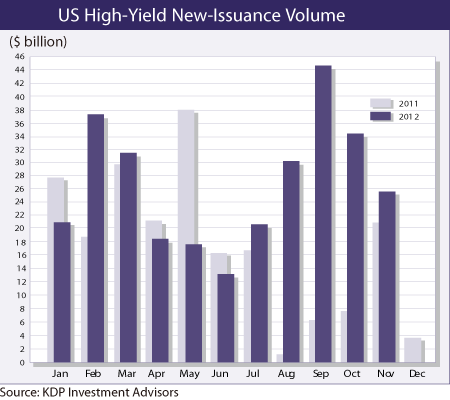 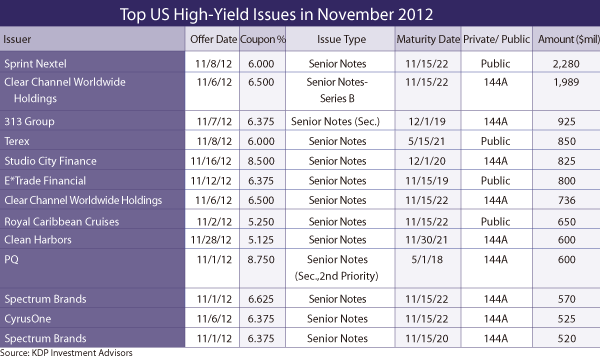