For this month’s Salon, Global Finance sat down with Sergio Luna, assistant director of economic research at Banamex and liaison to the research group of economic analysis and markets, Citigroup, in New York. 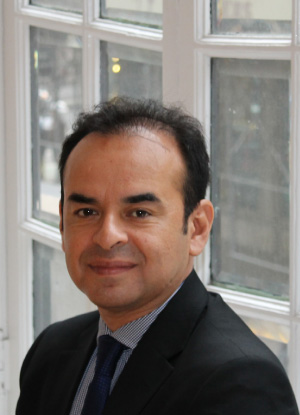 Global Finance: What do you see as the current stage of the Latin American business cycle?

Sergio Luna: There is no Latin American business cycle: The region is fairly homogenous in its culture and language, but quite disparate drivers operate across the different countries’ economies. For instance, Chile relies on commodities for exports, and Mexico on manufactured goods. While the entire region experienced the common shock of the global credit crisis in 2008 and 2009, causing all its economies to move in tandem, once again they are diverging. That said, the whole region has been outperforming the global economy for the past nine years.

GF: What is your outlook on diverging regional trajectories?

SL : China’s WTO accession in 2001 was a watershed event. China needed natural resources to support its manufacturing sector, and that benefited commodity exporters like Argentina and Brazil. Mexico, however, lost out, as the prices of its manufactured exports declined, due to Chinese competition. This past year we’ve seen a change of direction, as China has experienced higher production costs. That means Mexico can become more competitive again and more attractive as an FDI destination.

GF: How has the former boom-bust cycle been altered?

SL : Ultimately, it all comes down to productivity gains and successful macroeconomic discipline. Globally, “saint” countries that were previously paragons of fiscal discipline now exhibit high levels of debt and deficits, whereas former “sinners” have reversed those characteristics. For instance, Colombia and Mexico have balanced their budgets, and Chile practices contracyclical fiscal discipline policies—it saves during upturns to see it through downturns. Debt can be better controlled now that it is denominated in local rather than foreign currencies. And the region is accumulating international reserves, courtesy of added liquidity from the world’s major central banks.

GF: Does that create other risks?

SL : There is a danger of imbalances. Financial markets flow faster than real economies. The challenge is to ensure the economies can digest these resources and use them productively. We need to implement structural economic and political reforms.

GF: Do you have a specific example?

SL : During the recent Mexican election campaigns, the main issue was how to stimulate growth, and both main parties, surprisingly, agreed on this, although they differed in how to make it happen. Competition must be encouraged. There will be resistance from the establishment, but you can’t make an omelet without breaking eggs. Education, which is often overlooked, should be at the top of the agenda. In Mexico, the main teachers’ union is reluctant to subject itself to performance testing and more educational choice. A sector with just one provider should not be protected. However, everyone should have access to the same opportunities. That is the balance that must be found.

GF: Where are the greatest growth opportunities in the region?

SL : There have been many attempts to promote free intraregional trade, but earlier efforts were too focused on details. Policy has become more effective and pragmatic. Recognizing that the size of each internal market is too small for scale, the CAFTA [Central America Free Trade Agreement] allows Central American countries to integrate with the common aim of US access. As long as China demands commodities, the region will provide them. But a country like Chile knows that copper price fluctuations can make its own economy volatile, so it is developing other industries like fishing and wine.