M&A: A Return To The Fast Lane For M&A

Mergers and acquisitions could gain traction in 2013, following a disappointing year for dealmaking activity in 2012. 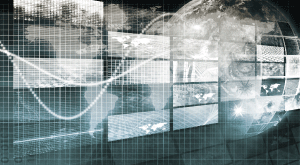 Although the global economic outlook remains clouded, there are plenty of bright spots, analysts say. The outlook for dealmaking in the year ahead is one of growing confidence, with cash-rich corporations scouting for growth opportunities. The US and Southeast Asia are top investment destinations.

Capital and financing are available, with relatively healthy debt markets, and corporate balance sheets have been strengthened, PwC says in a report that concludes that fundamentals are strong for US M&A activity in 2013. With the absence of transformative megadeals in 2012, the middle-market has been the silver lining for deal activity, accounting for 98% of transactions last year, a trend that is likely to continue in 2013, PwC says.

“There remains strong competition for quality assets, as both corporates and private equity continue to seek out deals to fuel their growth and deploy capital,” says Martyn Curragh, PwC’s US deals leader. Dealmakers remain hypervigilant on diligence during the M&A decision-making process, analyzing each outcome and the various impacts on investment and return scenarios, he says.

Corporate cash levels remain steady at $1.1 trillion for the Standard & Poor’s 500. Private equity transactions accounted for 18% of last year’s deal value. “With roughly $1 trillion in dry powder waiting to be deployed, sophisticated private equity buyers are scenario-planning for every deal outcome to generate the best returns for their investments,” PwC says.

Divestitures accounted for 43% of disclosed deal value in 2012 and 30% of overall deals, the highest level since 2005. They should remain a key driver for deals in the year ahead, PwC adds, as companies seek to unlock value in assets.

Ernst & Young is far less optimistic, however, pointing out that 2012 was the slowest year for dealmaking in a decade and predicting that deal activity in 2013 will remain at or near a 10-year low.

“In the short term, corporates are hesitant to do deals; nevertheless, there is huge pressure for companies to grow in the sluggish economy, and M&A opportunity exists for those companies willing to be bold in today’s market,” says Richard Jeanneret, Americas vice chair of transaction advisory services for Ernst & Young. “As corporates continue to be risk-averse, PE [private equity] firms are the ones to watch and are a potential bright spot in 2013 as the down economy provides a good time to invest.”

However, there is a shortage of quality assets and a noticeable gap between buyer and seller price expectations, which have constrained activity, Ernst & Young says. Worries about the global economy and inflated pricing in traditional emerging markets like China and India are likely to drive PE toward developed markets such as the US, the firm adds.

China’s economic slowdown is unlikely to have a major impact on global M&A activity, according to a white paper released by Chris Williams and Derek Lewis, managing directorsat Harris Williams, an investment bank that focuses on middle-market companies. “Contrary to popular theory, China’s long-standing economic boom has not necessarily translated into M&A activity,” the study says. “Of all buyers that acquired US middle-market companies over the last 10 years (excluding real estate and financial services transactions), Chinese buyers accounted for less than 0.5% of all transactions.”

The role of the Chinese government and its inter-connection with businesses can create significant obstacles for potential acquirers, Harris Williams says. But with a population of 1.3 billion and a GDP growth rate four times that of the US, “there’s no question that opportunities for Western investors to do business in China will continue to increase.”

Meanwhile, Japan’s big banks are financing overseas investments at a record pace, owing to the strong yen and few opportunities for companies to expand in the domestic market. Japanese companies spent more than $100 billion on cross-border acquisitions in 2012, up from $84 billion a year earlier, according to Dealogic.

For its $20 billion investment in Sprint Nextel, Japan’s Softbank had little trouble lining up financing, despite a high existing debt load, says Ken Siegel, Tokyo managing partner for law firm Morrison & Foerster. The firm advised Softbank on the deal, which was the largest outbound acquisition ever by a Japanese company.

M&A deals involving companies based in Southeast Asia totaled $120 billion in 2012, the highest volume on record, according to Thomson Reuters. A Singaporean consortium led by OUE Baytown launched a challenging tender offer in November for Fraser & Neave, a soft drinks producer. Valued at $12.7 billion, the deal was one of the biggest involving Southeast Asian companies in history.

The offshore M&A market was one of the few world markets to experience growth in the cumulative value of transactions in the third quarter of 2012, according to a report by Appleby, which provides offshore legal, fiduciary and administrative services. Values in the quarter were 11% higher than the same period a year earlier, suggesting that conditions are improving, the firm says. The Cayman Islands remains the most popular offshore target destination for investors, followed by Hong Kong.

The financial services sector continues to lead activity in the offshore region, accounting for more than one-third of all deals. The second-highest value sector is telecommunications, followed by manufacturing of computers and electronics.

In the US healthcare and pharmaceuticals sector, M&A activity was hindered last year by the presidential election. Now, with a near-certain implementation of the Affordable Care Act, PwC says it expects 2013 to be a banner year for M&A activity across the health industries.

PwC also expects M&A activity in the oil and gas sector to increase in 2013, noting that ongoing consolidation in the shale industry is very likely. The firm says that large international oil companies are expected to continue to increase their positions in unconventional energy in North America. PwC says the likelihood of more energy-related megadeals in 2013 is certainly higher.

Foreign buyers may in-crease their activity in the oil and gas sector in 2013 to increase their inventory of projects, as well as the size and quality of their management teams, according to PwC.

*Figures may not add up, as more than one bank typically obtains credit for any one transaction. Source: Thomson Reuters