All Aboard The Transatlantic Express

Transatlantic investment was hurt by the recent global financial and eurozone sovereign debt crises, but America’s heartland still has eyes for Europe.

Johns Hopkins’s Center for Transatlantic Relations in Washington, DC, found that, although direct US investment is still lower than it was pre-crisis, US companies are shifting their focus away from China in favor of Europe, even if a free-trade pact with the area is still a long way off.

One example is CCPI, an industrial company in Blanchester, Ohio, that makes equipment used in certifying jet engine manufacturing for companies that sell to Airbus. CCPI is building new facilities and buying smaller competitors in Europe.

Another manufacturer who is venturing to continental Europe is Illinois oven-maker The Middleby Corporation. During the past two years it bought Britain’s Spooner Vicars Bakery Systems, a major manufacturer of baking systems for the cookie and cracker industry; the German food-processing systems manufacturer Maurer-Atmos; and the French manufacturer of thermal processing systems, Armor Inox. Such investments can’t be hurting Europe’s attempts to slowly work its way out of the eurozone crisis. Of course, a tariff-busting trade pact between the United States and Europe would certainly help. 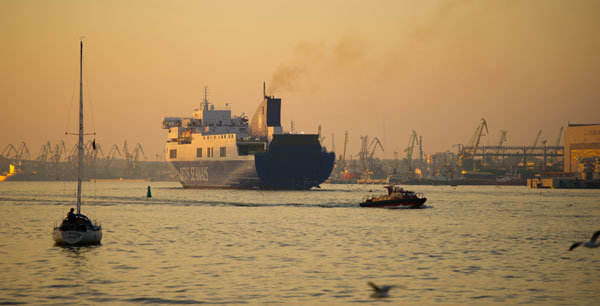 Interest in Europe is such that the Port of Cleveland plans to offer direct, scheduled freight shipping to ports in Northern Europe starting in April. The Cleveland-Europe Express Ocean Freight Service will allow regional companies to ship their goods up to four days faster than using water, rail, and truck routes, and could carry as much as 400,000 tons of cargo per year.