When Shuanghui International, a Chinese holding company, last year acquired the largest pork products processor in the United States, the news caused an uproar. Americans feared that the takeover of Smithfield Foods—in a deal valued at more than $7 billion—would endanger food security. In the end the deal was given the go-ahead by Washington, despite calls by some politicians and members of the public to block it. Nevertheless, the opposition it aroused is emblematic of the uneasiness of people in developed countries with increasing cross-border investment in their home markets by emerging markets entities.

Tightly correlated to economic growth, worldwide foreign direct investment increased tremendously between 2003 and 2007. According to the United Nations Conference on Trade and Development (Unctad), global FDI flows peaked at around $2 trillion in 2007. With the beginning of the financial crisis, however, cross-border investment first declined sharply and then stalled. In 2012, FDI hovered around $1.4 trillion. To this day subpar FDI flows reflect the continued sluggishness of the world economy. 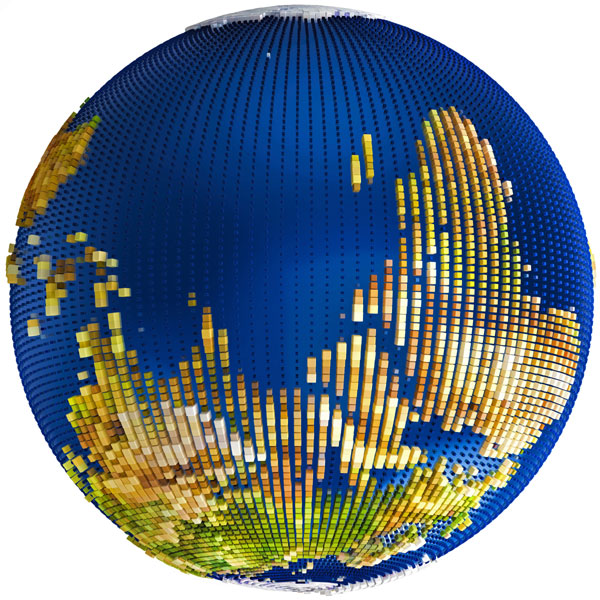 Developed countries have been hit harder by poor economic performance in recent years than their emerging markets peers, and their investment activity has suffered greatly. This situation has created an unprecedented opening for developing and transitioning economies. For the first time ever in 2012, they received the bulk of global cross-border investment. By the middle of 2013, they were absorbing approximately 60% of all FDI. Over the same period they have also established themselves as a growing source of outward FDI: They generated only about one tenth of global outflows in 2003, but by 2012 they accounted for nearly 35%.

This rapidly shifting global investment milieu is changing the rules of the game. On one hand, with the total pie not getting any bigger and more players scrambling for a larger slice, competition for foreign direct investment is intensifying. On the other hand, with sources becoming more diversified, the nature of FDI is also being altered.

A NEW BREED OF INVESTORS

By far the biggest FDI story of the past few years is the rise of developing and transitioning countries as a source of outward FDI, which jumped from $65 billion in 2003 to $481 billion in 2012. Naturally, China is in a league of its own. In 2012 it came in third among the world’s top 20 investor-economies, behind only the US and Japan. Beyond the acquisitions it has been making across OECD countries, China is aggressively developing natural resources and infrastructure from Africa to the Middle East.

For example, in 2013, PetroChina bought a 25% stake in the Iraqi oilfield of West Qurna 1, right around the time construction of the new Mombasa-Nairobi railway line began in Kenya, financed by the Export-Import Bank of China to the tune of $4 billion.

But the new FDI landscape does not include just China. FDI originating from emerging markets is multiplying around the world. In 2013 a Chilean bank took over an American one, a Thai energy company made its first investment in Australia, and the largest Coca Cola bottling company in Mexico acquired a competitor in Brazil.

For one, state-owned enterprises and sovereign wealth funds generate the lion’s share of outward investment. This raises concerns about fair competition. “SOEs may have access to lower-interest loans and better financing conditions [than non-SOE competitors],” says Masataka Fujita, who heads the investment trends section in the division of investment and enterprise at Unctad. “SWFs even have a large amount of assets under management, and, like in the case of SOEs, their governance structure is not always transparent.” Their operations are also viewed with suspicion by host economies because a foreign government is behind them.

In addition, emerging markets companies seem to prefer mergers & acquisitions over greenfield investment as a mode of entry, especially when it comes to FDI into developed countries. “They look to OECD countries because these remain the world’s largest markets and because they are interested in the technology found here,” says José Guimón de Ros, associate professor of economics at the Universidad Autonóma de Madrid in Spain. “Since the crisis, many developed-country companies are under stress and therefore cheaper, so now is a good time to buy them.” Partially as a result of this phenomenon, cross-border M&A has held steady in 2013, stabilizing global FDI flows even as investment in new productive assets has declined.

Finally, emerging markets companies are inherently more familiar than their OECD counterparts with how to do business in a developing-country setting. In part as a result, the majority of investment from emerging markets is going to other emerging markets. According to Unctad, in 2011, China exported 70%, and Brazil 40%, of its outward FDI stock to neighboring emerging economies. “Regulations in developing countries are less complicated,” says Du The Huynh, senior lecturer at the Fulbright Economics Teaching Program in Ho Chi Minh City, Vietnam. “The competition is also less fierce.”

The telecom sector illustrates this well. Vietnam’s largest mobile-network operator, Viettel, has successfully established itself in Mozambique, Haiti, Laos and Cambodia, countries that by most OECD investors’ standards are difficult places to do business.

More FDI streaming from emerging markets to other emerging markets is not only deepening South-South integration but also affecting the composition of worldwide inward investment. Between 2007 and 2012, cross-border inflows to developed countries fell from a high of $1.3 trillion to $561 billion, while inflows to developing and transitioning economies grew from $682 billion to $790 billion. New, powerful players entered the market for FDI right around the time when worldwide activity was shrinking. As a result, investment promotion agencies (IPAs) have been forced to work harder to demonstrate their respective country’s worth as an investment destination.

By many accounts, IDA Ireland is the most creative IPA in the world today. It recently launched the Landscape app for iPad, allowing users to gather information about doing business in Ireland. It is also actively pursuing non-OECD FDI. “In the last five years we put a strong footprint of IDA offices in emerging markets, and now we have people on the ground in China, India, Brazil, Russia [and] Korea,” says Brendan McDonagh, IDA Ireland’s director of business intelligence.

Other IPAs that stand out include those of Chile and Thailand. Launched in 2010, Start-Up Chile grants selected entrepreneurs from all over the world a work visa, office space, mentors and $40,000 seed capital to start their business. “The idea came to Chilean entrepreneur Nicolás Shea when he was studying in California,” says Horacio Melo, executive director of Start-Up Chile. “Most of his foreign friends would not be able to stay in the US after finishing college, so he decided to bring these very talented people to Chile.” Today 20% of participants end up staying in the country for longer than the duration of the program or leave parts of their operations there.

In 2009 the Thai Board of Investment kicked-off the “eco-car project,” offering incentives to foreign companies that would manufacture fuel-efficient vehicles in Thailand. “So far there have been five eco-car manufacturers—Nissan, Honda, Suzuki, Mitsubishi and Toyota,” says Udom Wongviwatchai, the BOI secretary general. “The success of the eco-car project has added vigor to Thailand’s automotive industry, which is now the ninth-largest in the world.”

Behind the efforts of these IPAs are governments that proactively seek to facilitate FDI. Ireland is well known for its business-friendly tax regime. In Chile anyone can create a company online and for free in just one day. As for Thailand, it ranked as the 18th-easiest country in the world to do business in the 2013 World Bank’s Doing Business report.

The US government has long stayed away from investment promotion, but in June of 2011, president Barack Obama created SelectUSA, a federal cross-agency effort led by the Commerce department to more forcefully promote the United States as an investment destination. “Our states and cities have been successfully engaged in attracting global investment, but this has been an uneven competition as they have increasingly gone up against nations,” says Aaron Brickman, deputy executive director of SelectUSA. “Meanwhile, the US market share for FDI has been steadily declining over the years, so the time is right for us to make unequivocal our desire for more investment.”

Going forward, experts say this must become everybody’s focus. “We still have huge restrictions to FDI in a large number of countries, especially developing countries,” says Pierre Guislain, director of the investment climate department at World Bank Group. For example, restrictions can include limits on foreign capital in specific industries, limits on capital mobility and the repatriation of profits, and overall red tape. Many emerging markets closely regulate outward FDI too, requiring that the Ministry of Finance or the central bank approve them. “If emerging markets want to sustain their FDI growth, they have to remove the barriers they still have,” says Guislain. He adds that, among the five countries that improved their business environment the most between 2004 and 2012, “Rwanda saw a tenfold increase in its FDI stock, Georgia a fourfold, Belarus and Ukraine a sixfold, and Macedonia almost an eightfold, whereas average growth of the FDI stock in developing countries over that period was only twofold.”

NOT A ZERO-SUM GAME

Starting this year, developed economies are expected to return to more sustained growth levels. At the same time economic headwinds, including the highly anticipated end of expansionary monetary policy in OECD countries, have begun cooling off emerging markets economies. Nevertheless, says Michael Gestrin, senior economist in the Directorate for Financial and Enterprise Affairs of the OECD, “the larger role played by emerging countries is here to stay. At most, a pickup in the developed world might mean that emerging economies’ relative weight in global FDI flows will not be increasing as rapidly as it has in the recent past. “Many assume that FDI is a fixed pie, but it is not; investment flows are driven largely by investment opportunities,” notes Guislain. “If developed markets recover, that should stimulate FDI growth more generally but shouldn’t slow down flows from or to emerging markets.”

Going forward, then, the recent ascension of developing and transitioning countries to first-tier FDI players and the eventual return of developed countries to their rightful place as cross-border investment powerhouses should be viewed as good news by entrepreneurs and companies across the world. “Investors have more choices for how to invest their money now,” says Huynh of the Fulbright Economics Teaching Program in Vietnam. “This means that capital can be used more efficiently to generate higher rates of returns for them and higher productivity for the whole society.”