Bullish US Investors In China Shop

As exchanges in London, Hong Kong and New York compete for the opportunity to host an expected $15 billion initial public offering by China’s e-commerce leader Alibaba, US investors are once again warming to IPOs of Chinese companies.

The thaw follows a lengthy chill caused by accounting scandals and regulatory disputes, owing in part to differences in US and Chinese business practices and reporting standards.

Shares of 500.com, an online sports lottery operator, rose nearly 68% in their debut on the New York Stock Exchange in late November. The Shenzhen-based company raised about $75 million, and Deutsche Bank was appointed depository for the American depositary receipt program.

Shares of Guangzhou-based Sungy Mobile, a mobile Internet services provider, rose 19% in a $90 million IPO the same day on the Nasdaq Global Market. Sungy, which makes the GO Launcher EX app for Android-based smartphones, selected J.P Morgan as depository for its ADR program.

Qunar Cayman Islands, a Chinese travel-booking service controlled by Baidu, saw its share price nearly double in its debut on Nasdaq in November. The company sold ADRs and named Deutsche Bank as depository.

Shares of 58.com, known as China’s Craigslist, also surged in their debut on the NYSE, as Chinese Internet stocks met with big demand on Wall Street. The company raised $187 million in its IPO, also in the form of ADRs. LightInTheBox, a Chinese online retailer, broke the ice last June, when it raised $91 million. The company was the first from China to go public on the NYSE last year, following only two Chinese IPOs in the US market in 2012.

As Global Finance went to press, Alibaba was trying to convince regulators in Hong Kong to bend the rules to allow it to use a partnership structure for its planned IPO. Meanwhile, Alibaba extended the drawdown period of an $8 billion loan from January 30, 2014, to the end of the year, giving it more time to decide on its public offering. Company officials said they expect Alibaba to overtake Wal-Mart as the world’s biggest retailer by 2016.

“Valuations are now attractive in both absolute terms and relative to developed markets, but earnings forecasts continue to be reduced,” Saunders says. “An emerging markets crisis marked by currency collapses, capital flight, much higher interest rates and a recession is highly unlikely, but markets could continue to be dull in the short term. In our view, this is an opportunity to add exposure to emerging markets equities and debt into weakness—but be prepared to be patient.”

Investors may be overly pessimistic when it comes to the resource sector, he says. While the performance of the energy sector has improved, mining shares—especially precious metals miners—have languished, Saunders notes. “Investors continue to shun mining stocks, despite compelling cash-flow valuations,” he says. “They favor integrated majors, many of which are strategically challenged, instead of growth companies. This creates great opportunities for active stock picking.”

Market indexes around the world are loaded with companies that have seen better days, according to Saunders. “Some will prosper and some rejuvenate themselves, but most are likely to continue to languish,” he says. Investec prefers quality growth stocks in cyclical sectors and small and mid-cap stocks. 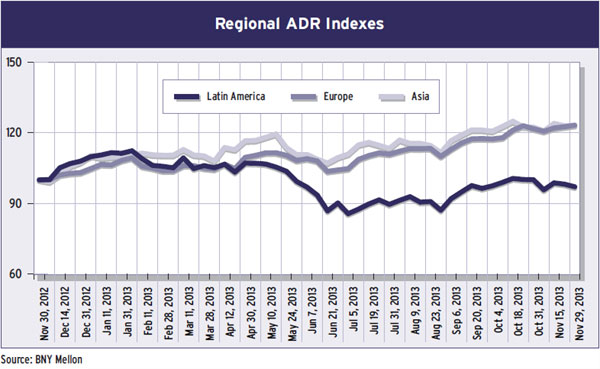