SIDESTEPPING THE BOOM AND BUST

Global Finance sat down with Francisco Ferreira, chief economist, Africa, at the World Bank, to discuss the continent’s economic outlook. The pace of growth in Africa hovered around an impressive 5% in 2013. Over a decade, even countries not rich in natural resources—such as Ethiopia and Rwanda—have achieved solid, constant growth. But rising global interest rates and expanding fiscal and current-account deficits pose a risk to continued steady growth in the region. 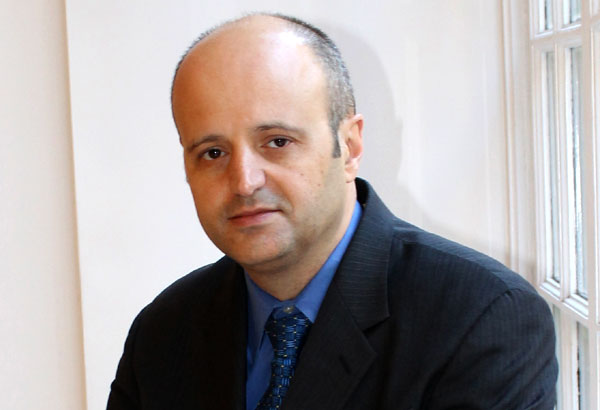 Global Finance: Which countries are most likely to suffer when US quantitative easing is reduced?

Francisco Ferreira: The more integrated and the more advanced countries are the more vulnerable. South Africa is the first, and we saw that earlier this year with the rand, which depreciated by 8%. Nigeria and Ghana are also vulnerable: Those are the two countries that have the largest share of portfolio flows financing their current-account deficits. The next tier down would be Kenya and Senegal. Below that we see very limited risk of contagion because portfolio flows are such a small share of the capital account inflows. Foreign Direct investment (FDI) is more stable, but not to be taken for granted. The risk there comes from China, if it were to really slow down. But at the moment we are not too concerned on that front.

GF: Which African countries could become the next BRICs?

Ferreira: If it strengthens its institutions and puts more emphasis on improved governance, Nigeria could well become the next African BRIC after South Africa, but it is not a given. You have also to put Kenya out there. Kenya already is the third-most-financially integrated country in the region, after South Africa and Nigeria. Ghana can be another one, although the worry there is fiscal management. Ghana’s public deficit is very large (11% of GDP), and the current-account deficit is large too. Ethiopia is a remarkable country: It grew at a 7% rate for a number of years. Uganda and Tanzania are also doing very well. For Angola the big issue is its complete dependence on the oil market.

GF: Africa is often reported to be more advanced than developed countries in the use of mobile technology. Is this going to impact its growth—and if so, how?

Ferreira: I read an amazing statistic: 68% of all adults in Kenya had used a mobile phone to make a payment in the last year. This is astonishing. The interesting dimension of this technological revolution is that it enables some of the poorest segments of the economy to participate in economic growth. It is not going to be a panacea, but it is helpful. And from this point of view, Kenya is the most advanced country in Africa.

GF: How important are strong institutions in reducing poverty?

Ferreira: Institutions are more necessary for growth than to reduce inequality, but if you were to plot the measurement of government quality against (economic) inequality, you would also find a negative correlation. Most countries that have the best institutions have lower inequality. Most European countries have much less inequality than anywhere else. Japan has low inequality too. Seven of the 10 most unequal countries in the world are in Africa (Seychelles, Comoros, Namibia, South Africa, Botswana, Angola and Central African Republic).

In countries where you do not have strong institutions, you can have bursts of growth but it is hard to sustain growth. This is what has been different about Africa in the last decade: A number of countries—such as Ethiopia, Rwanda and Angola—have been able to keep 6% to 7% growth for 10 years. And our emphasis on preserving macro stability, keeping their current-account deficits under control, is due to the fear that the tailwinds may recede or turn into headwinds, so they are able to preserve that [stability] and do not go into another boom-and-bust cycle.