M&A: Steady As She Goes

The outlook for mergers and acquisitions in 2014 is generally positive in light of expectations for modest global economic growth, but a return to pre-crisis levels of M&A activity is not likely, analysts say. Hopes were high a year ago for a big rise in takeover activity in 2013, in light of strong fundamentals and $1 trillion in dry powder waiting to be deployed by private equity firms. However, global M&A activity remained relatively slow until late last year.

The telecom, media and technology (TMT) sector, along with financial institutions, private equity and natural resources, are likely to be the busiest areas for M&A in the year ahead, according to global law firm Linklaters. “Underlying constraints and sizable challenges may still catch the market off guard, including uneven growth in Europe, uncertain fiscal situations and the impact of rate risk,” according to a report by Jeremy Parr and Charlie Jacobs, corporate partners at Linklaters. “These uncertainties will be outweighed by the record levels of cash on corporate balance sheets and private equity dry powder spend, combined with readily available debt financing and growing risk appetite. We anticipate gradually increasing M&A activity as 2014 progresses.”

The record level of dry powder for private equity funds worldwide could ignite at some point. There will be a concerted push to put this money to work, but a disciplined approach is likely, according to Parr and Jacobs. “The current trend toward the use of the equity markets as an exit route will continue, so long as public appetite remains favorable toward equities,” the firm says. “This will lead to increased competition among financial sponsors for a smaller pool of assets in Europe.” 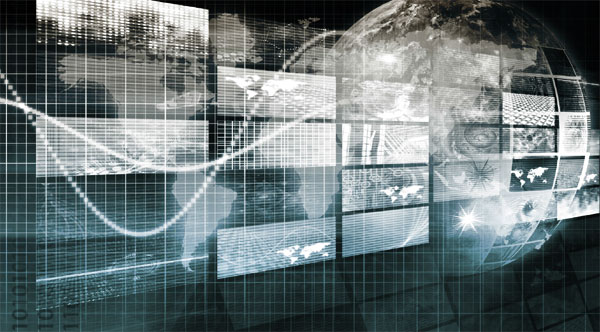 Financial sponsors will move into different geographies as risk appetite rebounds for investment in Southern Europe and other growth regions, the Linklaters report notes. Emerging markets offer the best revenue opportunity for the TMT industry, while convergence-driven M&A is on the increase in this sector in the developed markets, the firm says. “M&A will be the primary option to scale up quickly, with collaboration being key to the success of TMT players in emerging markets,” it says.

US M&A activity, in terms of numbers of deals, declined 9.2% in the first 11 months of 2013, with 7,656 deals announced, compared with 8,428 in the same period a year earlier. However, the value of deals announced through November 2013 was up 22.4% to $839 billion, owing to a number of headline-grabbing megadeals, according to EY, formerly Ernst & Young.

Some 41% of US executives expect to pursue an acquisition in 2014, compared with 23% a year ago, according to EY’s latest Capital Confidence Barometer. Richard Jeanneret, EY’s Americas vice chair, transaction advisory services, says: “We didn’t see the uptick in deal volumes [last year] that we would have liked, but executives may have a reason to be optimistic about M&A activity for the next year. However, we are unlikely to see a huge surge in deal numbers, as most CEOs remain hesitant to bet on M&A.”

The political uncertainty surrounding tax policy, the fiscal cliff, quantitative easing and healthcare reform has made executives risk averse, Jeanneret says. “We don’t expect many CEOs to fire the M&A cannon,” he says.

Private equity (PE) had a strong year for fundraising in the US in 2013, with committed capital increasing to $208 billion, nearly a 40% increase over the prior year, and the number of funds increasing from 235 to 277, the highest since the financial crisis, according to Dealogic.

“This increased dry powder should lead to increased deal activity, although this past year, the market has been challenged by a lack of attractive acquisition targets consistent with demand levels,” EY says. Despite relatively strong levels of exit activity over the past two years, there remains a significant backlog of PE exits, it says. Although the increased interest in initial public offerings is a plus for PE exits, an increase in corporate M&A will ultimately be needed to fully liquidate the current PE portfolio, EY adds.

Jeff Bunder, EY global private equity leader, explains: “As pension funds and institutional investors continue to search for yield, they are turning to PE as they allocate more dollars to alternatives. We are also seeing a new class of investors from overseas, namely wealthy families and sovereign wealth funds, many of which reside in emerging markets, who are interested in investing in PE, attracted to the differentiated investing model.” 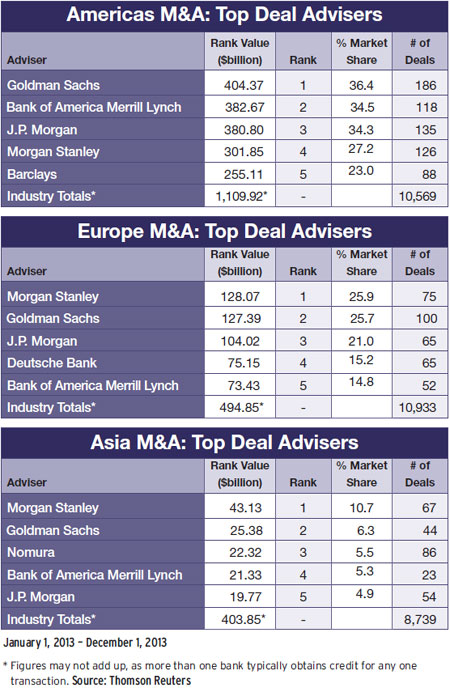 “As the [US] Affordable Care Act comes into play, we anticipate an increase in convergence within the industry,” notes Gregory Park, US M&A healthcare services sector leader at Ernst & Young Capital Advisors.

“Subsectors within healthcare will come together in order to offer more value and to become more relevant to the patient across a longer continuum of care.”

There will be “increasing conversations” about potential mergers in the healthcare sector and the biotech and life sciences sectors, as part of the convergence, Park says.

While the number of life sciences deals declined through November last year, deal value in the sector surged to $64 billion from $38 billion in the same period a year earlier.

In one key deal, Ireland’s Shire agreed in November to buy ViroPharma, a US-based manufacturer of biopharmaceuticals, for $4.2 billion. Shire agreed to pay a 27% premium for ViroPharma to increase its portfolio of medicines to treat rare diseases.

Also in November, Salix Pharmaceuticals of North Carolina agreed to buy Santarus, a California biopharmaceuticals company, for $2.6 billion, to boost its drug pipeline. In addition, Germany’s Bayer offered to pay $2.4 billon for Norway’s Algeta, its partner in developing a new cancer treatment. Bayer’s offer also was a 27% premium to Algeta’s stock price.

There continue to be a few midsize players in the life sciences sector that will feel the pressure to consolidate to reach the critical mass of the majors, EY says. It noted that biotech IPOs hit an all-time high in 2013, “and many of those companies will be on the radar of major pharma as those smaller companies hit milestones in 2014.”

There could also be increased spin-offs and divestitures in the life sciences sector, as big service providers divest noncore or low-margin businesses to streamline and become more nimble, according to EY. They need to be prepared for changes happening now in the industry, as well as anticipated changes in how drugs and devices are reimbursed, it says.

Divestitures have been a key driver of overall M&A activity, making up 33% of disclosed deal value in the first 11 months of 2013, Linklaters says. Banks could dispose of product lines in 2014, amid further deleveraging, the firm says.