As companies expand their supply chains globally, the hazards they face—from extreme weather events to political upheavals—expand too. Managing such risks comprehensively beats rolling the dice.

The lure of fast-growing markets and low-cost suppliers may be irresistible for an ever-growing number of companies, but despite years of global expansion, executives are still just beginning to understand all the risks of managing international operations.

The potential pitfalls for businesses operating in a global setting are many: They include natural disasters causing massive property damage and business disruption; environmental and product liability; the impact of cultural and legal differences; various forms of political risk; terrorism; and kidnapping and extortion of executives and key employees. Beyond the risks in a firm’s own investments, businesses are increasingly working to mitigate rising vulnerabilities in their far-flung supply chains. 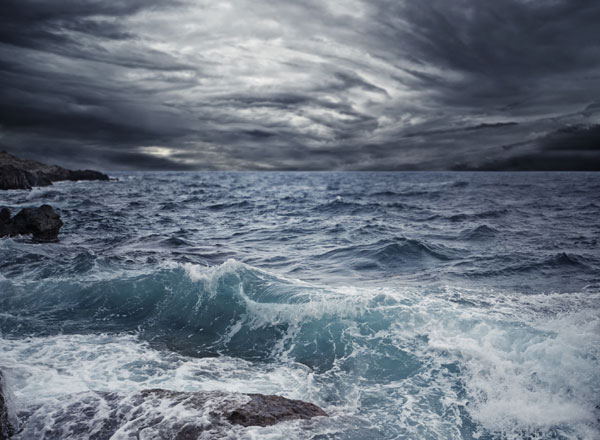 “There’s no question that global risks have increased. As businesses have expanded abroad, their supply chains have become more extended and tenuous,” says Robert Hartwig, president of US industry body the Insurance Information Institute. “Many companies decide that the chance of their businesses being destroyed or severely disrupted is remote. The reality is, it happens frequently.”

The string of major catastrophes that struck in 2011 painfully illustrated the point. Between the Japanese earthquake and tsunami, floods in Thailand, an earthquake in New Zealand, hurricanes in the Caribbean and the United States and a nasty tornado season in the US Midwest, global economic losses related to catastrophes were a record $380 billion. Just $105 billion of those losses were insured. Much of the economic fallout was a result of problems in supply chains.

In Japan, for example, the earthquake and tsunami that caused more than $200 billion in economic losses ravaged the northern part of the country, but much of the disruption to supply chains—notably in the auto industry—was in the south, according to Linda Conrad, director of strategic business risk at Zurich Financial Services. “The disruptions were generally outside contingent business interruption insurance coverage because there was no direct damage to property,” she says.

Similarly, in Thailand, where a big portion of the world’s computer hard drives are manufactured, the severe monsoon season floods three years ago affected a broad range of suppliers and hit the global electronics industry hard. “If companies are taking costs out of their business by using fewer suppliers and sourcing further away, they’re bringing more risk to the equation,” notes Conrad. “The decisions are usually made after doing a financial analysis, not an analysis of the risks involved.”

William Montanez, director of risk management for ACE Hardware, is spending a lot more time these days assessing those risks. The company now has 600 international stores across Central and South America, Southeast Asia, the Middle East and even Afghanistan. The stores are locally owned, limiting the company’s direct risk, but the success of the businesses—and of ACE’s international expansion—depends largely on the company’s ability to maintain an efficient and resilient supply chain.

ACE supplies many of the products for its international stores from three huge distribution centers in Shanghai, Dubai and Panama City. The company uses traditional lines of insurance to cover risks at those centers, but Montanez also spends a lot of time vetting suppliers to those centers, as well as other large suppliers that international stores use for product sourcing. “We assess the risks of all of our major suppliers and we look to build in redundancy to the system as much as possible,” he notes. ACE has yet to have any issues with its major suppliers in China and Southeast Asia, and Montanez explains that he uses insurance products to cover risks in the supply chain as a last resort. “Ninety percent of the time we want to address the situation with tools other than insurance,” he says.

In many cases, however, companies don’t have the resources to adequately assess all the risks involved in setting up business in unfamiliar markets—particularly when it comes to using new suppliers in those markets. Global insurance companies such as Zurich, AIG, Allianz and FM Global are filling the gap. Zurich, for example, maintains a business disruption database with 12 years of data and uses risk-modeling software to assess the risks of individual suppliers and the likely cost of having to employ backup suppliers if a company has problems with its primary supply chain.

FM Global, which underwrites risks for one-third of Global 1000 companies (the largest companies by market capitalization), has roughly 1800 engineers on the company payroll who fly around the world assessing property risks of clients and the companies that supply them. “We specialize in identifying which properties are central to a company’s business plan and protecting them,” says Jeffrey Beauman, vice president of risk underwriting for FM Global.

The company also spends a good deal of time helping client companies implement risk management strategies that can lower their insurance costs. “We believe the majority of losses are foreseeable and can be mitigated,” says Beauman. “As an underwriter, we’re focused on differentiating between companies and rewarding those that work to mitigate their risks.” The rewards are, of course, lower insurance premiums, smaller deductibles and higher coverage limits.

When it comes to keeping global supply chains functioning smoothly, companies have to consider three major questions, according to Beauman: Is the supplier’s physical location vulnerable to major storms, fire risk or natural disasters? What is the company’s backup plan, should the supplier be unable to function? and Is the backup plan exposed to the same potential risks as the primary supplier?

“A company should think of its supply chain as another division of the business and determine whether all loss prevention steps have been taken,” notes Beauman.

The broader perspective on business operations dovetails with the growing emphasis on corporate enterprise risk management. Conrad says that the risk management function for global enterprises has necessarily migrated to the senior executive ranks and specifically to the chief financial officer, for whom supply chain issues are now a key concern. “We do surveys of CFOs, and risks to the supply chain is always in the top five things that keep them up at night,” says Conrad. “With a broader point of view, you can see the interconnectedness of risks and where accumulation of risk develops.”

Supply chain insurance may be an “all risks” product covering varied exposures, including property, political, marine and trade credit risk. Exclusions can comprise such things as supply-side product quality, war and terrorism.

Prices for supply chain insurance will vary, depending on the company, risks, desired coverage and coverage limits, but it doesn’t come cheap. With the increasing amount at stake for companies in global markets, however, the cost of not having protection can be huge.

“There’s a greater awareness by business that they need this kind of coverage,” says Mr. Hartwig. “Companies choose not to insure many of their risks, but there’s such a thing as being penny-wise and pound-foolish.”