Newsmakers : Claiming The Spoils Of War


“Bulgaria never heard the words ‘odious debt’ when we were asked to repay.” —Milen Veltchev, Bulgaria’s Finance minister Bulgaria’s young finance minister Milen Veltchev spent much of June in New York and Washington trying to cash in on his country’s recent support in the UN Security Council of the United States’ Iraq invasion. Of course, there was the 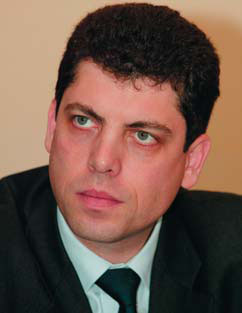 obligatory FDI pitch for friendly Bulgaria, but the 37- year-old Veltchev also had bigger fish to fry on this trip.The US-educated former Merrill Lynch investment banker wants to know how the Americans plan to deliver on secretary of state Colin Powell’s promise to move US military bases to Bulgaria. Veltchev knows answers won’t come quickly, but he’s going to make sure the Americans don’t forget the Bulgarians’ recent loyalty.

Veltchev has another, more immediate concern: How and when will Bulgaria be paid the almost $2 billion owed to it by Iraq since the 1970s and 1980s? This is a serious matter for Veltchev, and he scoffs at any discussions of forgiveness because of ‘odious debt’ arguments.The amount owed Bulgaria is a fraction of that due Russia, France and other Paris Club members. But, according to Veltchev, Bulgaria is at the top of the pain index when creditors are ranked according to the proportion the Iraqi debt represents of the country’s GDP. Bulgaria’s Iraqi debt is 12.5% of its GDP while Russia’s is 2.5% and France’s is 0.2%.“I don’t think any reasonable person believes that even an oilrich country like Iraq will be able to pay its full obligation in either the near or long term when it represents 300% of annual GDP,” says Veltchev.“But whatever the solution is, it must recognize that Bulgaria’s citizens are still paying off the debts left from its former communist rulers.We never heard the words ‘odious debt’ when we were asked to repay.”