Newsmakers : Trouble At The Landesbanken

The departure in June of CEO Jürgen Sengera from WestLB raised as many questions as it answered about the future operations of Germany’s fifth-largest bank and the country’s entire system of state-owned regional banks, or Landesbanken.


What started as a row in the City of London over a soured loan to TV rental company Box Clever by the German bank’s principal finance office, headed by American-raised investment banker Robin Saunders, has claimed its first casualty. 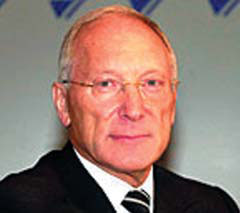 Did Sengera quit or was he fired? He lost the support of WestLB’s owners after a special audit of the Box Clever deal by accounting firm Ernst & Young concluded that the bank’s approval of the securitization and its associated riskmanagement procedures were flawed. German financial regulator BaFin went so far as to question the competence of the bank’s top management. BaFin forwarded its report to state prosecutors in Düsseldorf, who were examining it for possible evidence of criminal behavior.


As Global Finance went to press,WestLB was considering the sale of its London operation, which Saunders expressed an interest in buying.


Analysts say the incident could signal the retreat of the Landesbanken from market-oriented reforms that could help them cope with changes that will rock their world in 2005.That is when the regional development banks will lose controversial government guarantees that enable them to raise low-cost funds.The European Commission has ruled that the guarantees result in unfair competition against private banks. When funding costs rise, the Landesbanken will be less able to live off the rate spread from commercial loans and could be forced to either retrench or take more risks in search of profits in areas such as international investment banking.