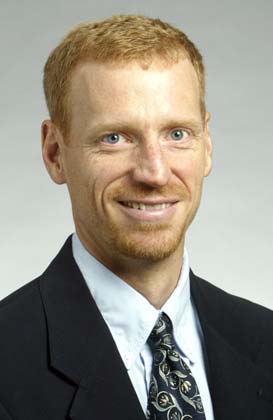 Chief financial officers from US companies in a broad range of industries say the biggest risk to the US economy is domestic terrorism, not rising interest rates. According to North Carolina-based Duke University’s latest CFO Outlook Survey, conducted in mid-June, 43% of companies rank domestic terrorism among their top-three risks. Another 15% of respondents select the situation in Iraq as one of the top risks faced by their firm.

“I don’t think anyone expected domestic terrorism to be the number-one risk,” says John Graham, professor of finance at Duke and director of the survey, which has been conducted quarterly for the past nine years by Duke’s Fuqua School of Business. Graham says he was surprised by the results, since he expected CFOs to choose rising interest rates as their biggest concern in the 12 months ahead. Some 38% of the corporations pointed to rising rates as the biggest threat, particularly if rates were to rise by 125 basis points or more.

“The threat of interest-rate increases is well-defined, and CFOs feel they can handle it,” Graham says. “The terrorism risk is a more open-ended problem.”

Graham predicts that the rise in interest rates and continued concerns about terrorism and Iraq will cause US companies to operate cautiously and lead to slower economic growth for the rest of 2004.

“The economy has lost nearly 2 million private-sector jobs since President Bush took office,” Graham says. “An increase in interest rates by the Federal Reserve will slow future job growth, even if the rate hikes are anticipated,” he says. The results of the survey also demonstrate that the economy may be extremely sensitive to an event of domestic terrorism, Graham says. “An attack could derail the economic engine,” the professor warns.