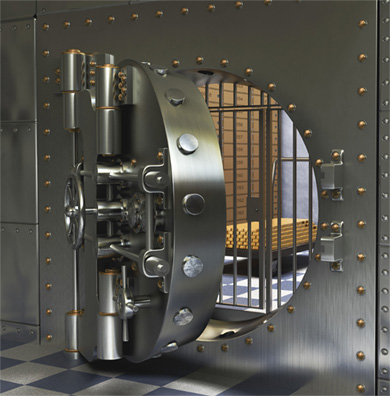 Global custodians and money managers are putting their sub-custodians under the microscope in the wake of the global financial crisis. They want to know that their assets are safe and that counterparty risks are being kept to a minimum. Pension funds and insurance companies are also asking more questions about securities lending practices and how loan collateral is being invested.
Meanwhile, the market turmoil is putting additional strains on sub-custodians, who are relied upon to provide local market intelligence, as well as to look after the investments of offshore institutions. Margins are being squeezed and record-keeping obligations are on the rise.
As if that were not enough, market structures are shifting below their feet, as trading migrates from exchanges to electronic platforms. Central counterparty clearing entities are netting more trades, leaving fewer transactions to be settled. Sometime next year the European Central Bank will begin developing a single platform to settle cross-border securities transactions in the eurozone. Known as Target-2 Securities, the single platform is scheduled to go live in 2013, dramatically reducing settlement costs. In the United States major changes are afoot in the standardization and centralized clearing of over-the-counter derivatives, including credit default swaps.
In our seventh annual survey of the Best Sub-Custodians, Global Finance selected the institutions that reliably provide the best custody services in nine regions of the world and in 66 countries. Our editors and reporters, with input from expert sources, selected the winners based on a series of objective and subjective criteria that included customer relations, quality of service, competitive pricing, smooth handling of exception items, technology platforms, post-settlement operations, backup systems and knowledge of local regulations and practices.
In selecting the winners, we also considered market share, commitment to the business, experience and number of staff, innovation, direct links to depositaries, financial soundness and safety, and range of assets serviced.

North America
The Bank of New York Mellon
The Bank of New York Mellon is the largest custodian in the world, with $20 trillion in securities serviced and nearly $900 billion in assets under management. The bank acts as depositary for more than 1,300 sponsored American and global depositary receipt programs (ADRs and GDRs) for companies based in 64 countries. It offers an integrated package of depositary receipt, corporate trust, and stock-transfer and clearing services. The bank continues to win new business and gain market share, even as it keeps strong control of expenses. It offers clearing services in more than 100 markets and is the clearing agent for half of all US government securities.
In Canada, CIBC Mellon, a joint venture with Canadian Imperial Bank of Commerce, is the leader in sub-custody and offers automated securities lending operations. CIBC Mellon is the only custodian in Canada to subscribe to the depositary's real-time corporate action announcement service using the Swift network. Its direct interface with the Canadian depositary provides real-time trade matching and settlement confirmation for equity, fixed-income, money market and derivatives transactions.
www.bnymellon.com

Western Europe
BNP Paribas
BNP Paribas Securities Services is the leading provider of clearing and custody services on a pan-European basis, with $4.7 trillion of assets under custody at the end of last year. In 2007 it acquired Exelbank, a subsidiary of Spain-based Banco Sabadell specializing in custody services. It has a local presence in all key European markets, and its global custody network covers 91 markets.
In May, BNP Paribas Securities Services' London office partnered with Pipeline Financial, a block trading and specialist algorithmic trading platform, on a hybrid clearing and settlement model to minimize counterparty risk exposure. Meanwhile, BNP Paribas Securities Services plans to open nine new offices in the Asia-Pacific region in the next five years.
www.bnpparibas.com

Asia
Standard Chartered
Standard Chartered's securities services business, including both custody and sub-custody, continues to grow rapidly. Total assets under administration increased by more than 60% last year, with business volumes in some Asian centers more than doubling.
Meanwhile, Standard Chartered has been a first mover in the region. It was the first international bank to offer derivatives clearing in India and the first to provide third-party custody in the Philippines for government securities. The UK-based bank won 20 new mandates for sub-custody services in Vietnam in 2008. It also won significant business away from US investment banks in Singapore while gaining new business in Taiwan and Thailand. The bank is sole custody provider across nine Asian markets and offers a pan-Asian single point of entry for settlement instructions.
www.standardchartered.com

Caribbean
HSBC
HSBC has long had a significant presence in and around the Caribbean, where it operates in the Bahamas, Bermuda, the British Virgin Islands and the Cayman Islands. The UK-based bank acquired the Bank of Bermuda in 2004 and combined various securities services businesses operated by HSBC under a common management structure using the HSBC Securities Services name. It offers custody and clearing, global investor services and fund services. HSBC is a leading provider of sub-custody services to international investors in Bermuda, where the bank serves about 90% of all global custodians that are active in the market.
www.hsbc.com

Central & Eastern Europe
RZB
Austria-based RZB operates a sub-custodian network in all Central and Eastern European countries. In the majority of them it relies on its own subsidiaries for sub-custodial services. The combination of local market knowledge and up-to-date technology gives it an edge in providing securities services in the region. RZB also acts as a global custodian, providing access to 51 markets around the world through a network of partner sub-custodians. It aims to provide efficient settlement at lower costs and usually hits the mark. RZB's brokerage, safekeeping and administration services complete the package.
www.rzb.at

Latin America
Citi
Citi is the largest sub-custodian in Latin America, covering eight markets and serving a wide variety of investors, including asset managers, broker-dealers and global custodians. Citi is the volume and revenue leader in the region. In 2008 Citi introduced a Client Desktop service for customized non-Swift reporting via multiple formats. The bank continues to work with securities market regulators to facilitate compliance while minimizing costs to its customers. Citi introduced back-office outsourcing services in Brazil for local investment banks, brokerage houses and asset managers. In Venezuela it is helping to develop a new delivery-versus-payment system for stock trading that will reduce settlement and counterparty risks.
www.citigroup.com

Middle East
HSBC
HSBC is the only international bank providing sub-custody and securities clearing services throughout the Middle East, including all six countries of the Gulf Cooperation Council, as well as Egypt, Jordan, Lebanon and Palestine. The bank's regional network manager is based in Dubai. In Saudi Arabia HSBC offers sub-custody services through SABB Securities, a subsidiary of SABB, which is 40% owned by HSBC. It is the largest sub-custodian in the United Arab Emirates, offering services for all three exchanges, including the Dubai International Financial Exchange. HSBC Bank Middle East has been providing sub-custody services in Bahrain since 1996, when the market first opened to foreign investors.
www.hsbc.com

Nordic Region
SEB
Stockholm-based SEB has been providing sub-custody services in Sweden since 1888, and it is the leading provider throughout the Nordic region. SEB also offers sub-custody services in the three Baltic markets, as well as in Germany, Russia and Ukraine. The bank's Nordic services are provided through a single legal entity. SEB offers particular expertise in securities lending, with a high settlement rate and customized services for collateral, billing and reporting. A unified online system is used in Sweden, Norway, Denmark and Finland for safekeeping, clearing and settlement, corporate actions and reporting.
www.sebgroup.com