COVER STORY: AFTER THE BAILOUT

The turmoil in Greece and the subsequent rout of the euro have rattled global markets and caused a renewed bout of hand-wringing over the stability of the global economy. Some believe the developed markets have sunk into a perpetual bailout cycle. 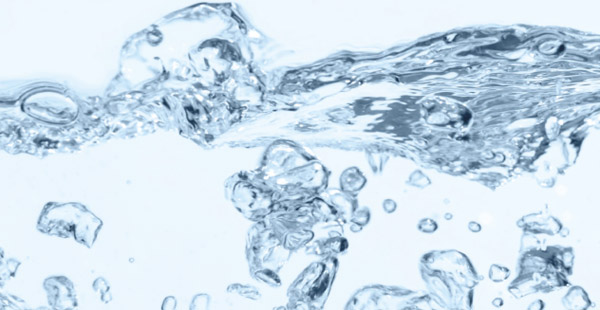 The two years since the collapse of Lehman Brothers have been punctuated by a series of support measures and bailouts designed to reassure markets and prevent contagion—the latest of which was the announcement in May of a €750 billion ($928 billion) IMF and EU-backed European Financial Stability Mechanism. With growth tepid in many regions and many countries' ability to prop up markets weakening, some observers believe the global economy has become dangerously addicted to government intervention.

"The world is, to some extent, hooked on bailouts and support, and it will be a challenge to wean it off them," confirms Marco Annunziata, chief economist at UniCredit Group. Indeed, as additional countries succumb to investors' fears about their ability to repay debt, the problem appears to be getting worse. In May, Spanish banks were forced to borrow €85.6 billion from the European Central Bank—the highest amount since the launch of the eurozone in 1999—because the international capital markets were no longer prepared to fund them.

Just as with any addiction, the scale of the support measures needed to maintain confidence is becoming ever larger. The €750 billion European Financial Stability Mechanism is described as a "shock and awe" tactic by Annunziata. However, as Simon Ballard, senior credit strategist at RBC Capital, notes, "The markets were beginning to price in some risk of a collapse not only of peripheral Europe but the eurozone as a whole. A game changer was needed in order to allay market fears of a breakdown in the functioning of financial markets."

The package of IMF and EU financing announced for Greece in May totals €110 billion over three years. That amounts to more than 3,200% of Greece's quota in the IMF and is three times larger relatively speaking than the support extended to Hungary in 2009 and five times larger than that extended to Mexico in 1995, the first big IMF support packages. Certainly, Greece's package signals the gravity of its case for the stability of the international monetary system.

Is the Money Running Out?
No one denies that the challenges posed by a potential default by Greece or other European countries are significant or that the limited access to financial markets by Spain's—and some other countries'—banks could be damaging if not offset by the European Central Bank. However, there are increasing concerns over whether individual countries, and even international bodies such as the IMF, will be able to continue to play such a major role in driving the global economic recovery.

Fiscal measures are, of course, only one way in which governments can intervene in the economy, and the jury is still out on how well they have succeeded. "It's important to remember that there is usually a lag of one-to-two years from fiscal action," notes Brian Coulton, head of global economics at Fitch Ratings. "The decision to ease fiscal policy was taken in late 2008 and implemented in 2009, so we are only beginning to feel the effects."

Nevertheless, Coulton says that intervention—in the event of a double-dip recession, for example—should not be more of the same fiscal measures. "While the US and German [governments] could potentially finance another round of stimulus spending, generally governments have pushed their balance sheets as far as they can go," he says. Moreover, for many of the countries most at risk, it is unclear whether further stimulus measures would even be helpful. "Even excluding the fact that there are not the financial resources to finance further stimulus spending in the UK, for example, it cannot be the answer when the requirement is to deleverage," says Jerome Booth, head of research and co-founder at London-based emerging-markets investor Ashmore Investment Management.

In contrast, central banks can keep credit conditions loose for longer, and some central banks retain the ability to take more risk onto their balance sheets. "It is important to remember that government measures put in place to support their financial systems have been relatively inexpensive," notes Annunziata. "Only a tenth of the increase in public-sector debt [that was] incurred during the financial crisis has resulted from the cost of liquidity measures. Liquidity support measures from central banks have been even more important [than those provided by government], and they cannot be withdrawn in the near future."

Meanwhile, the scale of the IMF's Greece package and the European Financial Stability Facility—as well as the €250 billion bailout of Spain that was being mooted as Global Finance went to press—has raised concerns about whether such largesse remains feasible. Ousmene Mandeng, head of public-sector investment advisory at Ashmore, says the IMF has a residual lending capacity of about $570 billion. "Greece's IMF arrangement signals the beginning of the end of available support resources," he says. "Large fiscal packages in advanced economies limit at least its fiscal abilities to provide much additional assistance." Similarly, RBC's Ballard questions where the core eurozone economies will find their €500 billion contribution to the European Financial Stability Mechanism package at a time when their domestic economies are hardly awash with disposable cash.

However, the consensus view is that the IMF's ability to support further intervention—and major economies' ability to fulfill their IMF and other obligations—will remain solid. "The creation of the European Financial Stability Facility, which includes bilateral as well as IMF funding, indicates that there is little risk that funds for restructuring will dry up," says Coulton, who believes the scale of the package should provide the breathing space needed by troubled economies. "The figures involved are big—they could enable Portugal, Ireland and Spain to be out of the market until 2012," he says.

The Elephant in the Room

While government invention has inevitably dominated fire-fighting measures during the financial crisis, Annunziata at UniCredit says that there is more to the recovery than just government support. "Most important is the recovery in emerging markets, which now form a major part of the global economy: Their growth has been driven by strong fundamentals rather than government spending," he says. "In advanced economies, government support is relatively more important, but even in the US and Europe there are signs of recovery and growth. For example, the recovery in Europe is being driven by export growth."

Nevertheless, the elephant in the room for economic recovery is that the imbalances that existed in the global economy—asset bubbles, unsustainable current-account deficits, an overhang of excess debt—have not been completely removed, according to Annunziata. "They have been partly addressed through deleveraging but, more significantly, by shifting private-sector debt to the public sector," he says. "In turn, this public-sector debt is being addressed through another round of bailouts—this time of sovereigns. It raises the prospect of an infinite loop of bailouts."

The implication is that for the global economy to generate sustainable growth, further deleveraging in advanced economies is necessary. "The fiscal retrenchment taking place by many European governments will finish the job that the financial crisis began in rebalancing the global economy," says Annunziata. "It can be done without recession if managed correctly. Governments were not on tight budgets before the crisis: Spending had increased on the back of higher tax receipts due to growth and asset bubbles in real estate. Government waste can be reduced without hurting economic growth."

Not everyone agrees. Ashmore's Booth says that wealth destruction is an inevitable consequence of deleveraging—a process he believes has not even reached the halfway mark. "It is possible to try to smooth that by spending in the short term, but it has to be paid back later," he says.

Moreover, the nature of many advanced economies' spending negates any beneficial effects. "While stimulus spending in developing countries has largely focused on infrastructure spending that will have significant multiplier benefits in terms of GDP growth, much developed-world spending has simply allowed public-sector wages to remain high, with limited multiplier effects," he says.

A Red Herring
Some economists dispute the importance of the developed world's failure to fully address the imbalances in the global economy that precipitated the financial crisis. Booth, for example, believes the question of whether developed economies have the capacity for further stimulus or support measures—and whether the world is addicted to them—misses the point. Instead, he argues, what will prove essential in the months ahead is what can be achieved by governments without raising the cost of finance. "Before the Greece crisis, it was assumed that highly rated developed countries could borrow forever without consequence," he says. "Now, risk is being assessed more accurately, and therefore any spending now comes with a higher future cost attached."

One consequence of this shift is that the US Federal Reserve may be reaching the limit of quantitative easing as a stimulus measure. "The risk is that continued quantitative easing threatens the credibility of the purchasing power of the dollar in the future, and therefore foreign central banks, which hold 50% of treasuries, become unwilling to buy more," explains Booth. "That is one of the reasons why the G20 was elevated to being the principal global organization at the start of the crisis—because of the importance of keeping emerging economies, who are the owners of all these treasuries, on board in order to achieve a smooth exit."

Of course, government bondholders are not in favor of temporary, unsustainable growth stimuli but want to see fiscal consolidation. "Central banks' principal concern is the purchasing power of the currency they hold their bonds in," says Booth. "If they believe it is going to weaken, they will stop buying gilts and treasuries." The pressure to placate the markets through fiscal consolidation is therefore likely to overcome the imperative to provide fillips to the economy through stimulus measures.

What does this mean in practical terms? Experts are sharply divided. "The best-case scenario for much of the developed world is sub-par growth for five years. The worst-case scenario is a depression," says Booth. He attributes much of the current global recovery to the success of Ben Bernanke, chairman of the Federal Reserve, in using rhetoric to convince the market that a depression is not inevitable—leading to higher asset prices and recapitalization of the banks—and by quantitative easing. Now the private sector, he says, has to take up the baton and use the space created by this success to drive recovery.

Annunziata agrees that all the measures put in place since the collapse of Lehman Brothers have only bought time. "The European Financial Stability Facility, for example will be enough to prop up confidence, provided European governments stick to their plans to reduce fiscal deficits," he says. "It is essentially a move to stop market panic, but it can't be a solution to the problem: The issuance of guarantees by stronger EU members simply spreads the pain, rather than addressing the underlying imbalances." Similarly, Booth notes that IMF bailouts can only buy time for fiscal adjustment—they cannot solve problems.

Consequently, if advanced economies succumb to a double dip—most likely driven by private investors' fears over public deficits—there is no alternative but to bite the bullet and go through another recession, says Annunziata. He adds, however, that it is important to remember that we are not in the same situation we were in post-Lehman Brothers, when output slumped worldwide, confidence collapsed and the financial system almost broke. "Then the prospect was of depression—now a double dip is likely to mean a more benign recession," says Annunziata.

The oft-quoted comparison with the 1930s, when governments worldwide reduced spending, is not valid, according to Annunziata. "Firstly, emerging markets are now a significant component of the global economy and can therefore drive growth," he says. "Secondly, many of the largest economies are not making major cuts: Germany is not undergoing a draconian fiscal adjustment, while the US is not even considering fiscal adjustment at the moment. The countries in the spotlight, such as Spain, Portugal and Greece, are not central to global growth."