Midsize Companies Going Global — But Not Too Global 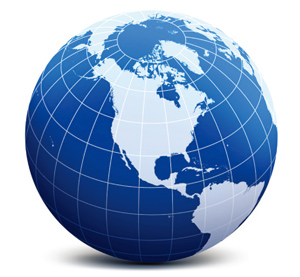 Midsize companies in the US are increasingly turning to overseas markets to boost their sales, but they are sticking to what they see as safe markets—those they understand, such as Canada and the United Kingdom—rather than the fast-growing emerging markets. More midsize businesses are investing in growth initiatives, rather than cutting costs and taking measures to brace for a downturn, according to a survey by HSBC’s commercial banking division.

Of 649 US senior financial executives polled at companies with annual sales between $20 million and $5 billion, 72% plan to increase their overseas sales targets, up from 56% in 2009 and 49% in 2008. Some 45% of respondents cited Canada and 38%, the UK as their top market for cross-border business, according to HSBC. However, in terms of long-term prospects, China led with 45%, followed by India and Canada.

“The fact that many businesses currently find the greatest opportunities in established markets like Canada and the United Kingdom suggests that the challenges to tapping high-growth emerging markets remain high,” says Christopher Davies, senior executive vice president and head of commercial banking for HSBC in North America. The reasons most often cited as hindering interest in overseas sales were: legal complexities and local regulations (49% of respondents), complexity of certain international markets (42%), and sovereign risks (29%).

Of some 3,600 midsize businesses that HSBC surveyed in 10 markets outside the US, such as Hong Kong, India, China and Brazil, 44% identified the US as the top market in which to conduct international business, followed by China, with 26%. “Despite the perceived risks to expanding internationally, we think that business will become increasingly global,” Davies says. Some 90% of the firms surveyed globally said that their international business has experienced growth in the past 12 months. The majority of these firms said overseas growth equaled or exceeded the growth of their domestic business. HSBC separately polled 250 US companies that don’t currently export or import and found that some 23% plan to engage in international trade within the next two years.