The froth in the market for initial public offerings of China-based companies listing on major stock markets around the world has been blown away by renewed concern about accounting and disclosure issues. The US Securities and Exchange Commission in June issued a caution to investors about foreign companies seeking to access the US markets by merging with existing public shell companies, which have few or no operations.

These so-called “reverse mergers” offer private companies a cheaper and quicker method of going public than an IPO, because legal and accounting fees tend to be lower. Unlike a traditional IPO, there is no underwriter performing due diligence.

“Given the potential risks, investors should be especially careful when considering investing in the stock of reverse merger companies,” says Lori Schock, director of the SEC’s office of investor education and advocacy. The SEC and US exchanges recently suspended trading in more than a dozen such companies, citing a lack of current, accurate information about their operations and their finances.

While a public shell company is required to report a reverse merger in a Form 8-K filing with the SEC, there are no registration requirements, as there would be with an IPO. The shares of reverse merger companies can be traded on exchanges or in the over-the-counter market. “Many companies either fail or struggle to remain viable following a reverse merger,” the SEC’s Investor Bulletin issued on June 9 notes. “Also, as with other kinds of investments, there have been instances of fraud and other abuses involving reverse merger companies,” it says.

Another consideration, according to the SEC, is that some of the foreign companies that access the US markets through reverse mergers have been using small US auditing firms that lack the resources to effectively audit companies with operations in foreign countries.

On April 11, the SEC suspended trading of RINO International, a Nevada-incorporated pollution-control equipment manufacturer with operations in China. The agency said questions had arisen regarding the accuracy and completeness of information contained in the company’s public filings.

Among other things, RINO failed to disclose that the outside law firm and forensic accountants hired to investigate allegations of financial fraud at the company had resigned after reporting the results of their investigation to management and the board, and that the chairman and independent directors had also resigned, according to the SEC. “In addition, questions had arisen regarding the size of RINO’s operations and number of employees, the existence of certain material customer contracts and the existence of two separate and materially different sets of corporate books and accounts,” the SEC said.

On June 13, the SEC announced that it had begun proceedings to determine whether stop orders should be issued to suspend the registration statements of China Intelligent Lighting and Electronics, as well as China Century Dragon Media. The SEC says it acted after the companies’ independent auditors resigned and withdrew audit opinions on the financial statements included in the registration statements. The agency says trading in the companies’ stock on the NYSE Amex was halted March 11, pending the outcome of the Amex’s de-listing proceedings for failure to meet listing requirements.

China-based Taomee, which operates a website for children, fell 8.6% in its first day of trading, June 9, on the New York Stock Exchange. Taomee said in its IPO prospectus that its auditors had found significant deficiencies in its internal control over financial reporting and that it did not have sufficient expertise to comply with US accounting rules.

Taomee sold 7.2 million American depositary shares for $9 each, the low end of the proposed $9 to $11 range. The underwriters were led by Credit Suisse and Deutsche Bank. 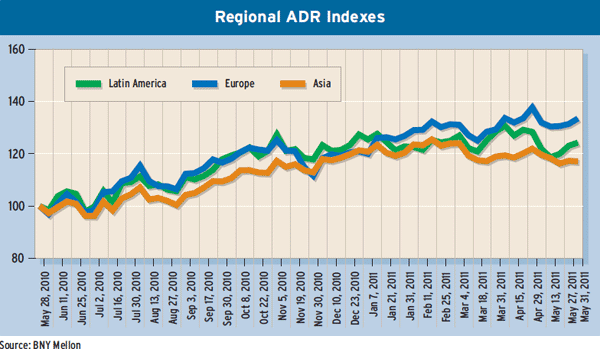