Cover: Will Japan Regain Its Greatness?

WILL JAPAN REGAIN ITS GREATNESS?

Business is trying to resurrect Asia's economic miracle a year and a half after the Tohoku tragedy. 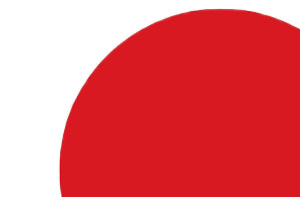 Tokyo is enjoying a long-deserved renaissance. Young professionals are converging from all across the Japanese archipelago, driving the population of the Japan's capital up by about 1 million people, to about 12.5 million, since 1995, while the nation's population has leveled off at about 128 million since 2004. Cranes are swinging over gaping construction sites citywide thanks to relaxed building height restrictions, defying occasional tremors and transforming the city into a showcase for displays of cutting-edge 21st century architecture. Opened in May was the 634-meter (2,080-foot) Tokyo Skytree, the tallest tower in the world.

"This economy is pretty similar to that of Florence, Italy, in the Renaissance era," says Hitoshi Itagaki, president of Principal Global Investors, recounting how Italian peasants and artisans who survived bubonic plague flocked to Florence where public services still functioned. "They created a really beautiful Renaissance culture, and the same phenomenon is happening in Japan."

Japan certainly isn't suffering from the pestilence that wiped out 30% of Italy's population in the 14th century. But it is being plagued by old age and a declining birth rate. Population growth is being capped by a closed immigration policy while the oldest third of the population is living on pensions, not paying taxes and barely spending. Some of the new arrivals in Tokyo are, in effect, refugees from the nation's high unemployment rate, which is reaching 5% as factories nationwide shut down and jobs are moved to cheaper countries like China and Vietnam.

They're also fleeing radioactive contamination in the Tohoku region of the main island of Honshu, just north of Tokyo, which was devastated by an earthquake, tsunami and a nuclear power plant accident that, all told, killed about 20,000 people in March 2011.

But like the Medicis and other Florentine subjects of Lorenzo il Magnifico, the bankers and business leaders of contemporary Tokyo spend significant amounts of time brainstorming ways for the economy to reinvent itself. To hear Itagaki tell it, Japan should stop trying to reboot the Asian economic miracle that once amassed enough cash for Japanese banks to acquire the Chrysler Building and Rockefeller Center in the 1980s and accept a more mature model for modest but steady annual growth built on soft industries. Such inspiration rises in the absence of formal guidance from the government of prime minister Yoshihiko Noda. Noda has been under such pressure from a populist opposition in the National Diet since he was elected on a reform campaign in August 2011 that he reshuffled his cabinet in June to cut a deal over tax increases that are intended to cover pension and health care costs for the aging, and the reconstruction of Tohoku. But since the tax hikes, more that 50 of his sitting party members have tendered their resignations.

One industry that offers the potential to bolster growth is luxury goods. The sector shined a ray of hope on the economy in the first half of this year when there was a marked increase in spending by young people on jewelry, watches and other high-priced items, says Takashi Maruyama, head of Japanese equity at Nikko Asset Management. He asserts that this trend is not short-lived. This year's Mercedes-Benz Fashion Week Tokyo festival was crowded with Japanese fashion design houses with sophisticated, international-sounding names, like Vous Êtes and A Degree Fahrenheit, that are actually run by young-and-upcoming Japanese designers who cater to very domestic Generation Y tastes.

Another such industry is domestic tourism, which is growing as an insular new generation shows little interest in traveling or studying abroad, says Charles Beazley, chairman and CEO of Nikko Asset Management. The ministry of land, infrastructure, transport and tourism aims for Japanese people to spend an average of 2.5 nights a year each as tourists by 2016, up from 2.12 nights in 2010. By 2016 the ministry hopes that domestic travel expenditure will reach Ұ30 trillion, or $378.5 billion, annually, up from Ұ25.5 trillion in 2009. Japanese travelers are filling a void left by foreign tourists, only 6.2 million of whom visited Japan in 2011, down from 8.6 million in 2010.

Healthcare, nursing homes and other services for the elderly are growing fast on rising demand, says Yasunori Iwanaga, chief investment officer of BlackRock Japan. Spending on healthcare is equivalent to only 8% of Japan's GDP—half that spent in the US, according to the Center for Strategic and International Studies in Washington. Recent studies by the Japanese government show that Japan's population will shrink by one-quarter by 2050 as one in four people is now over the age of 70 and the birth rate is falling so fast that with every 100 seconds that pass there's one less child age 14 or younger.

Outside these sectors, some Japanese corporations are dominating niches of certain industries. Itochu SysTech, for example, supplies thin-film photovoltaic modules to companies in China that assemble solar panels for export. These firms stick to a high-end niche and do not attempt to compete with Chinese manufacturers on wages. "There are stories where you can see the country coming back," says Robert Feldman, managing director and head of economic research at MorganStanley MUFG in Tokyo. "But it's not because of good macro management. It's because the Japanese are so clever at coming up with neat little things to do, and responding to problems, that they have something to sell."

Any official discussion of fiscal reform is limited to hiking taxes, which could actually shave half a percentage point off of the nearly 2% rate by which the economy is expected to grow this year, according to Takahide Kiuchi, chief economist at Nomura Securities. Including bonds issued to rebuild Tohoku, the government now has enough public debt outstanding to equal 233% of Japan's gross domestic product, compared with just 100% in the US and 121% in Italy. Japan has suffered from deflation since 1996, which can be traced to the collapse of the country's stock market and real estate market in 1990 and the consolidation of Japanese banks after the Asian currency crisis of 1998. Combined with the recent weakness of the dollar and the euro, deflation has caused the yen to appreciate by about 30% against the dollar this year, which is hurting export competitiveness at a time when Europe's debt crisis is cutting into spending.

Senior government officials complain that the dire warnings and recommendations for reform that are contained in the white papers they write for cabinet ministers and Diet members go unheeded. "Right now is a turning point in Japan," says Tetsuya Tanaka, a director of manufacturing promotion at the ministry of economy, trade and industry. "But there is political instability, so we are not deciding on all these important issues. It is a very worrying situation."

"Right now is a turning point in japan. But there is political instability, so we are not deciding on...important issues. It is a very worrying situation."

In the absence of official guidance, the finance industry is finding ways to adapt to the fact that few Japanese investors are buying domestic stocks anymore. Foreign investors now account for more than half of the average daily value of shares traded on the Tokyo Stock Exchange as they seek exposure to one of the world's few appreciating currencies. "Domestic investors cannot get the benefits of the strong yen," says Hironaga Miyama, managing director of the TSE. With the Nikkei 225 Index down about 15% since the earthquake, the TSE is seeking regulatory approval to merge with the country's other major bourse, the Osaka Securities Exchange, says Miyama.

To bring domestic investors back, brokerages are setting up their own savings banks at higher interest rates than commercial banks pay for deposits. Daiwa Securities Group, for example, set up Daiwa Next Bank, which used the brokerage's local offices to amass Ұ1.5 trillion ($18.9 billion) in deposits. Now it's cross-selling Japanese stocks to depositors, says Mikita Komatsu, a director and head of the planning division at Daiwa Capital Markets.

Japanese banks are also starting to realize that their future lies more in other countries—particularly in neighboring ones—than at home. Unable to lend in a country where corporations tend to be self-financing, they are now picking up business that European banks are turning down as they de-risk balance sheets, says BlackRock's Iwanaga.

"Japan is becoming part of Asia," says the TSE's Miyama. "It's no longer Asia ex-Japan. Now it's Asia AND Japan."

If the strong yen has one advantage for Japanese investors, it's a renewed interest in mergers and acquisitions overseas, particularly in Asia. "How to connect growth outside Japan with Japanese money—that's the opportunity to grow," says Daiwa's Komatsu. Daiwa Capital Markets advised its clients on 18 M&A deals during the first four months of the year, having recently hired a number of M&A bankers in Asia. But the real goal is simply developing long-term relationships with foreign companies, he says.

Few signs of relief are on the horizon for Japanese businesses. Japanese manufacturers lost about 30% of their electricity supply when local governments forced the shutdown of all of Japan's 54 nuclear power plants in May for fear of another nuclear accident. European demand for Japanese exports is plummeting as consumers worry more about their continent's sovereign debt crisis than about playing the latest Wii game.

In the second half of this year, the economy will face a "dual crisis" at home and abroad, warns Tetsuji Kawamura, professor of economics at Hosei University in Tokyo. What it needs is a multifaceted cure.

A MISSED OPPORTUNITY IN TOHOKU?

Many Japanese companies are awaiting tempting tax breaks and other incentives to make a business opportunity out of the earthquake, tsunami and nuclear disaster of March 2011.

But Tokyo aircraft parts maker Jamco did not waste time in taking advantage of the Tohoku region's roughly 20% discount on skilled labor costs compared with Tokyo's. In April this subsidiary of Itochu, a diversified trading company, started building a new plant in the seaside city of Natori—parts of which had been wiped flat by the tsunami—that will employ about 80 people in the manufacturing of carbon-fiber-reinforced polymer components for the Boeing 787 Dreamliner and engine parts for Airbus planes.

The new plant is just one of many projects that local business leaders say would get started if only the investment environment were more attractive. "The Japanese prime minister is changing every one or two years, and there is no strong national initiative, even after the earthquake," says Yoshihisa Suzuki, a director of Jamco. "They are very busy with their own political problems."

As a result, what Japanese economists call "reconstruction demand" turned out to be a one-off event that drove demand straight up before leveling off at 96% of its level pre–earthquake. The entire Japanese economy surged out of recession, rising by 1.7% in the third quarter of last year before shrinking again, by 0.6% in the fourth quarter.

Economists say there is no shortage of money waiting to be spent on rebuilding Tohoku. SMBC Nikko Securities chief economist Junichi Makino estimates that ¥19.3 trillion ($243 billion) will be spent, and that more than two-thirds of it will be public funds. Eventually, Makino sees the reconstruction as having the potential to form a "tailwind of economic recovery" that could be strong enough to compete with, say, a recovery in Japanese exports or a reversal in foreign exchange rates to a weaker yen.

Yoshio Nakamura, director general of Keidanren, the influential Japan Industry Federation, believes more aggressive incentives could transform Tohoku into an economic powerhouse that could ultimately play a role in propelling the whole nation's economy back to health. He calls for sweeping tax breaks that would encompass the entire region, from the northern border of Tokyo Prefecture to the northern tip of Hokkaido, instead of the isolated tax breaks that the government has offered only in severely damaged areas that were buried under heaps of debris by the tsunami.

"The Japanese growth strategy must start from Tohoku," says Nakamura. If not, he says, Japanese companies will "go to Korea where taxes are lower."