Companies worldwide are making big changes to their reporting processes—seeking relief from the high costs associated with missed regulatory deadlines and poor-quality data. 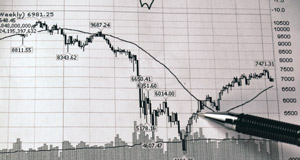 They are investing more and more in their financial reporting systems, according to a global study by consultancy Accenture and software provider Oracle.

But they have yet to find a comprehensive strategy to tackle financial close, reporting and filing processes simultaneously, resulting in costly—and risky—reporting delays. A staggering 88% of respondents reported experiencing delays in financial reporting in the past year.

"In the last three years we have been in a global downturn, and when companies made investments to improve back-office processes, it was mainly to solve a specific problem," says Scott Brennan, executive director of Accenture's finance & enterprise performance practice. "That piecemeal approach had to do with the conservatism in spending habits during the slump, and now companies are looking at things in a more holistic way."

The vast majority of companies (82%) made large-scale changes to at least one of their close, reporting or filing processes over the past three years. And 47% invested heavily to improve their financial reporting in the past 12 months. But 68% continue to report inadequate visibility, and 84% find it difficult to control data quality.

There are some surprising regional differences. In the Middle East, 43% of companies made changes in all three processes lat year, ahead of the US (32%) and double the global average of 21%. In Russia, 64% invested in financial reporting and 58% did so in the UK and Spain.

The highest rates of formal deadlines missed were reported by companies in Nigeria (30%), Italy (29%) and the US (27%). "I expected companies in the developed world to have zero problems relative to companies in emerging markets," says Brennan. "While the latter did report slightly higher rates of missed deadlines, developed nations were not significantly better."