GCC sovereign wealth funds and banks are still selectively buying low-value assets in Europe, but higher-growth markets are increasingly on their radar. 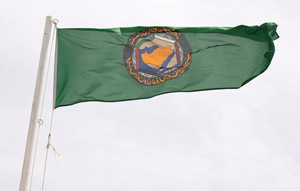 When the global financial crisis first hit back in 2008, Gulf sovereign wealth funds rode to the rescue of many embattled European financial groups, attracted by their declining valuations. Barclays, Credit Suisse and Alpha Bank—to name just three—received vital inflows of cash from SWFs—and the global stature of those funds rose as a result. And it was not just financial groups that received Gulf largesse: Until the end of 2010, European department stores, football clubs and car companies (among them, Volkswagen and Porsche) were all on the shopping list of acquisitive and ambitious SWFs.

Today however, with the worsening debt problems afflicting European banks threatening to mutate into a full-blown regional sovereign debt crisis, white knights from the Gulf are conspicuously absent. Although it is difficult to discern the strategies of the Gulf's famously untransparent SWFs, investment activity into Europe from the region has become quite muted—in spite of lower valuations, which should have been a magnet for bargain hunters from the Gulf. There has been some activity—notably by Qatar, which in May bought a $3 billion stake in Siemens as well as one in Shell, and in July picked up the Valentino fashion house for €720 million in an all-cash deal. But the focus has been on "safe" assets.

"Although Gulf SWFs are expected to participate in capital raising by European banks, the scale of their investment in Europe's financial sector is unlikely to match the levels deployed at the start of the global financial crisis," concluded a recent report by London's International Institute for Strategic Studies (IISS). It suggested that the risk profiles of many European banks in particular had become too extreme for Gulf banks and SWFs, although it argued that UK financial institutions could still attract Gulf interest.

Rachel Ziemba, a director at Roubini Global Economics, sees a distinction between the SWFs and the banks, with the latter now focused on strong growth markets, such as Turkey, parts of Eastern Europe and Asia. "GCC SWFs are still investing in Europe, particularly in the core, as they see value. They are investing in strong companies as part of their global asset allocation strategy," Ziemba says. "Qatar is most evident as it has more new capital and a higher risk tolerance than other funds." She notes that the crisis-hit European banks are not attracting much interest.

Richard Sykes, a senior banker at Standard Chartered, argues: "Broadly, I would say they are sitting on cash—like most professional money managers—and cherry-picking cheap assets. The preference, given eurozone uncertainty, is the UK." He says that all Gulf SWFs and banks are wary of a market meltdown, which is acting as an inhibitor to FDI across Europe.

"GCC SWFs are still investing in Europe... as they see value. they are investing in strong companies as part of their global asset allocation strategy"

If Gulf institutions are shying away from Europe, it isn't for lack of money to invest. High oil and gas prices have fueled huge current account surpluses. SWFs—such as the Kuwait Investment Board, the Qatar Investment Authority, the Abu Dhabi Investment Authority and Sama Foreign Holdings (Saudi Arabia)—are all flush with cash. The IISS estimates that Gulf SWFs combined control around $1.4 trillion, an amount equal to 140% of the region's combined GDP and nearly ten times the foreign holdings of central banks in the Gulf. Some funds have sufficient cash to help rescue quite a few afflicted banks, if this is their wish. The wealthiest, the Abu Dhabi Investment Authority, is believed to have reserves of anywhere between $450 billion and $630 billion. And they are still growing.

Despite ongoing deleveraging by Western banks and various outstanding debt issues (notably in Dubai, which is still recovering from its burst property bubble), the GCC bank sector can boast statistics that would make the average EU banker weep. Qatar National Bank, with $83 billion in assets, recently released a study showing that banks in the Gulf last year saw overall assets rise 9% to $1.46 trillion, while combined net profits increased 18.1% to $12.3 billion. Capital adequacy ratios are high, averaging almost 22% in the UAE.

But Gulf states also face increased spending at home, which will temper their global ambitions. Many states are in the process of honoring their rulers' commitments to boost living standards—to fend off local protests inspired by the Arab Spring—so the financial focus seems likely to remain at home. "Last year's fiscal expansion and future commitments are so huge that a higher proportion of funds will probably be allocated to [domestic spending and] highly liquid safe assets, chiefly US treasuries," argues Said Hirsch, Middle East economist at research firm Capital Economics. However, he adds that some of the more adventurous Gulf SWF's (UAE and Qatar) will still purchase European assets opportunistically.

The crisis in Europe could also prompt Gulf SWFs and banks to look for more opportunities locally, within the Gulf region and in North Africa, where valuations have been knocked lower because of the uncertainty engendered by the Arab Spring."Central banks in the GCC are reducing their euro holdings, which were primarily of government bonds, and returning to the dollar," says Rodney Wilson, emeritus professor at Durham University and visiting professor at the Qatar Faculty of Islamic Studies. "SWFs have corporate bond and equity holdings that are being reduced, but not as significantly. Their current policy is to wait and see."

The one sector in Europe that still sees big interest is the commercial and residential property market, largely concentrated in London. The enduring strength of this market, plus the fact that its deals are denominated in sterling rather than euros, continues to make it an attractive safe haven.