Japanese trading company Marubeni placed a large bet that China's demand for imported corn will continue to grow. Marubeni will buy US grain merchant Gavilon for $5.6 billion, including $2 billion of debt, more than doubling its grain-handling capacity.

Armed with a strong yen, Japanese companies are on an overseas buying spree. They purchased a record $84 billion of foreign assets last year and are on track to beat that record in 2012, according to Thomson Reuters.

Japan's trading companies, or sogo shosha, are vying with China for global resources, most notably food and energy, as well as minerals. Marubeni is already the largest exporter of US grain to China, with a 20% share of China's soybean imports.

The US Department of Agriculture says China used about 5 billion bushels of corn last year to feed livestock, especially pigs. China's growing middle class is eating more pork and drinking more soft drinks and juices made with corn-based sweeteners. The USDA expects China to account for almost half of the overall growth in global corn imports in the next decade.

China became a net importer of corn last year for the first time in 15 years, and many grain traders expect it to become a regular buyer. Some traders expect China to surpass Japan as the world's largest corn importer in only a few years.

Marubeni's purchase of Gavilon is the biggest cross-border acquisition by a Japanese company so far this year, according to Dealogic. It is the latest in a series of acquisitions in the grain industry, including Glencore International's purchase of Canada's biggest grain trader, Viterra, in March for $6 billion.

Marubeni said its acquisition of the Nebraskan company would increase its global grain-handling capacity to 55 million metric tons annually, putting it in the same league as global grain giants Cargill and Archer Daniels Midland. The Japanese firm will also gain a major US fertilizer distribution network and an energy-trading desk.

"As part of a larger trading organization, Gavilon will be well positioned to more efficiently connect supply with growing global demand," says Greg Heckman, president and CEO of Gavilon. Morgan Stanley advised Gavilon on the deal, and Nomura Securities advised Marubeni. The Japanese company will use cash and bank loans to fund the deal.

Marubeni, Japan's fifth-largest trading company, is by far its largest grain-trading firm. It signed an agreement in 2009 with Sinograin, a Chinese government-owned firm, to help build up China's strategic grain reserves.

"What Marubeni lacked was producing capabilities, and what Gavilon lacked was business overseas," says Daisuke Okada, an adviser to Marubeni. "In this way, we were a good match."

With the Gavilon acquisition, Marubeni gained, it said, more than 140 grain-loading sites and access to a large grain storage, blending and distribution network in the US, as well as sites in such important producing countries as Brazil, Australia and Ukraine.

"Global grain trade volumes are expected to continue to grow, given the strong demand coming from developing nations, in particular China," Marubeni said in a release. The Japanese company said it had no plans to sell off any of Gavilon's operations. It added that the acquisition will add about $100 million a year to its bottom line beginning next year. 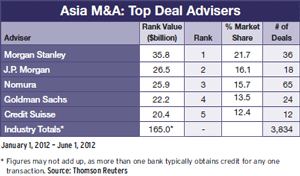 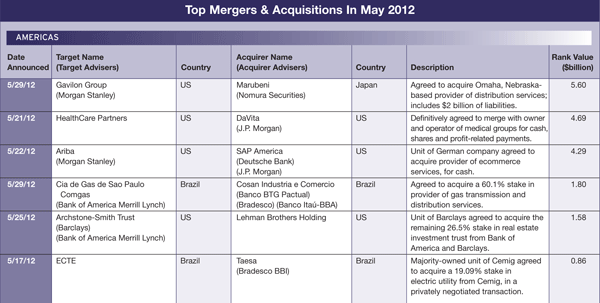 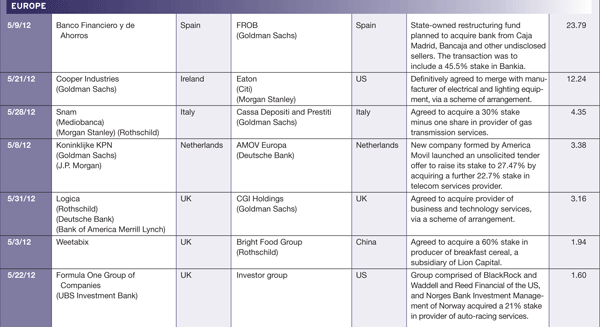