Corporate liability risk is increasing as jurisdictions around the world adopt liability laws that mimic the stringent framework in the US. 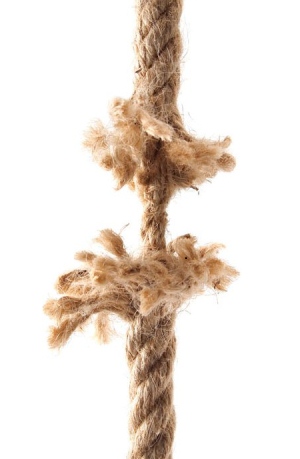 Just over two decades ago, the European Commission began the process of harmonizing regulatory regimes on liability and environmental insurance products, and international law and risk management specialists wondered whether this might signal that the cumbersome US liability system was being exported overseas. Fast-forward to the present day: The regulatory landscape has certainly evolved globally—and with it the liability risks faced by companies—but enforcement is lagging.

Keeping up with changes in liability systems in different jurisdictions is critical for businesses operating internationally. In some instances regulatory changes are dramatically increasing potential liability risks and eroding the corporate veil that historically protected directors and officers. New regulations around the world not only govern a company's behavior and practices, but the availability and structure of its insurance programs.

Strident examples of increasing corporate liability risk can be found in the US Foreign Corrupt Practices Act and the UK Bribery Act 2010. Today there are more than 100 FCPA cases open, according to Mike Kerner, CEO, Zurich Global Corporate in North America. And the risks are increasing: Countries around the world have taken a cue from the US and UK and begun adopting similar laws.

Ann Longmore, executive vice president of Willis' Finex North America Practice, says virtually all of the 34 member countries of the Organization for Economic Cooperation and Development (OECD), including China and Russia, now have a similar law on the books. In recent years, prosecutors in many countries learned how to pursue violators "by assisting the US Department of Justice on cases involving US corporations," she says. With many countries worldwide facing an economic squeeze, they may be inclined to increase enforcement in order to pull in more revenue from fines.

For businesses, managing such exposures calls for an extensive internal compliance regime, as well as careful scrutiny of trading partners and comprehensive M&A due diligence. "There's a limit in the amount of due diligence you can do with respect to a vendor or joint venture partner," Longmore notes. Once the deal closes, however, buyer beware: It is their liability and their reputation on the line.

Foreign corrupt practices and bribery issues are only part of the expanding global liability puzzle. Tom Sheffield, international Finpro leader at Marsh, says regulators generally "are seeking to enforce rights on behalf of private litigants. They're involved more actively in seeing cases through to their completion and settling those cases. The penalties and different administrative tools they're using are increasing as well."

Since the global financial crisis, directors and officers (D&O) have been under greater scrutiny in many parts of the world and, in some instances find their personal assets at risk. In Canada, Longmore says directors can be held "responsible for certain taxes of the organization" if their companies become insolvent.

Several years ago, a Brazilian court ruled the personal assets of directors and officers could be subject to seizure if they lacked D&O liability insurance. Earlier this year all jurisdictions in Australia accepted a uniform occupational health and safety law that holds corporate directors and officers responsible for injuries arising out of workplace issues and expands their duty of care in these matters.

In the UK, although the Corporate Manslaughter and Corporate Homicide Act 2007 specifically targets businesses for health and safety violations that result in deaths, the law leaves the door open to follow-on civil suits against a company's directors and officers.

"Common legal practices in one country are going to influence what happens in another country," Kerner observes, but he notes that it might take some time for that to happen. If there's a common thread throughout the industrialized world that underlies the liability environment, it's a heightened awareness "of the right to be compensated for harms," he says.

The US judicial system, which allows contingency fees for law firms, provides a pathway for individuals to seek compensation. In many parts of the world, "loser pays" protocols, in which unsuccessful plaintiffs must pay not only their own legal fees but the defendant's as well, have dampened litigation. But that is gradually changing. Kerner says the "loser pays" system in the UK "has been under attack for quite some time." 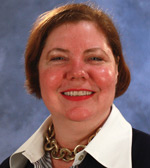 Kerner says: "What we're seeing around the world is that some of the differences are disappearing over time." Notably, in a few countries, including the UK, Australia and China, it's now possible to bring class (collective) actions, such as those proliferating in the US, in which smaller cases brought by individuals can be aggregated to obtain economic recovery against one or more businesses.

Enforcement is often inconsistent. "China has executed CFOs" in connection with product safety issues, recalls Longmore. But even where regulations impose more significant financial penalties for such occurrences, enforcement in China and other emerging markets hasn't kept pace.

Insurance poses another issue. Many companies are surprised to find that trading partners in China lack product liability insurance, says Elizabeth Demaret, COO, multinational client service director at Marsh. Even when partners have coverage from locally admitted insurers, it may be subject to a territorial exclusion for claims brought in the US. In their contractual agreements, companies with trading partners in China at minimum need to require appropriate insurance coverage as well as indemnification for product liability exposures. Accordingly, Demaret advises firms to check the "proof of insurance, and the quality and quantity of the insurance."

Companies must also be keenly aware of potential risks associated with workplace issues and the impact of any such issues on their reputation. Regulations governing workplace safety, along with workers' compensation and employer's liability, are still under development in many emerging markets. Claude Gallello, managing director, Willis Risk Solutions, observes that although such coverages "aren't compulsory" in China, regulations "are moving in that direction."

In many countries, including India and Brazil, employment-practices exposures are growing. For a long time the US was the only country "with legal standards for protection of those employees with disabilities and [those claiming] age discrimination," says Longmore, but other parts of the world are catching up. While "global companies often try to set a global standard on behavior," she cautions that when it is higher than the local protocol, "a company may create a liability for itself" if local operations fail to meet the higher standard.

Cyber and privacy risks are gaining attention as hacking incidents, denial of service attacks and accidental data releases grab headlines. The World Economic Forum's Global Risks 2012 report ranked cyber and privacy fourth among the world's top 50 risks. Longmore notes that the US is behind the curve on privacy rules. New regulations on privacy are in the works in Europe and elsewhere. Keeping up with these and other emerging rules and ensuring compliance is essential, but challenging.

"The management of companies around the world increasingly recognizes that there are a lot of changes. There are a lot of jurisdictions," Kerner notes. "And to stay on top of all the changes and all the jurisdictions while at the same time managing your own business is a formidable task."