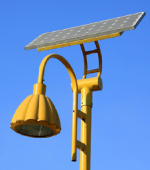 The EU charges that Chinese companies are selling the panels for less than the cost of production, also known as dumping. Import taxes will increase by 11.8% until August 8 and will then rise, if the two economic powers are unable to resolve the issue, as high as 67.9%, with the exact rate depending on the particular Chinese company. The day after the EU announcement, China launched an investigation over potential dumping of EU-produced wine in the Chinese market.

China’s leaders outlined ambitious policy goals in May to allow private industry and market forces to drive economic growth in the country, thus reducing reliance on public and state-owned enterprise investment and government directives. Recent data will test their commitment to those goals, with economic figures indicating slower growth. Industrial production, lending and exports all saw growth decelerate in May, and imports fell.

In addition to domestic policy, president Xi Jinping is addressing foreign policy issues. He completed an Americas tour in June, meeting with the leaders of Trinidad, Tobago, Costa Rica, Mexico and the United States. Following a two-day meeting, Xi and US president Obama announced general agreements related to the environment and North Korea. The meeting comes as US congressional members consider the $7.1 billion bid from Shuanghui International for US pork producer Smithfield Foods. If approved, the acquisition will be the largest to date by a Chinese-controlled company.