The pace of capital raising using depositary receipts has accelerated sharply from last year, and the pipeline of future issues is strong, DR bankers say. 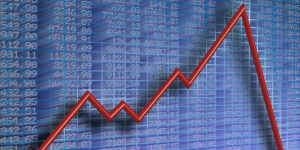 Much of the recent activity has centered in the big emerging markets, such as Brazil and Russia. In June an online retailer, LightInTheBox Holding, became the first Chinese company to complete an initial public offering in the US this year.

Companies from around the world have raised $2.2 billion in DRs to date this year, almost double the $1.2 billion in the same period last year, according to Christopher Kearns, CEO of BNY Mellon’s depositary receipts business. “The DR market is certainly doing better than last year, when it was seized by the torpor in global capital markets,” he says.

LightInTheBox selected BNY Mellon as depositary bank for its American depositary receipt program on the New York Stock Exchange (NYSE). Most of the company’s products—apparel, small accessories and gadgets, and home and garden supplies—are sourced directly from Chinese manufacturers. “LightInTheBox’s initial public offering could open the way for more Chinese companies to list in the US and is a very good sign for the market,” Kearns says. The company’s ADRs rose 22.1% in their first day of trading on June 6.

UBIC, which provides electronic discovery and international litigation support in Japanese, Korean, Chinese and English, listed ADRs on Nasdaq in May. This was the first ADR by a Japanese company since 2009.

ACCOUNTING ISSUE RESOLVED
There were only three IPOs from Chinese companies last year, the last being social-gaming company YY—which went public in November 2012, after which the market dried up amid Chinese companies’ accounting and governance issues.

China’s Securities Regulatory Commission announced recently that it would give the US Public Company Accounting Oversight Board access to documents from Chinese auditors for Chinese companies trading on US exchanges. Firms in the early stages of formation in China, particularly in the technology sector, could be candidates for US listing now that accounting issues have been largely resolved, Kearns says.

STRONG IPO PIPELINE
Nancy Lissemore, managing director and global head of depositary receipt services at Citi, says: “Capital raising in DRs is up 300% for the year to date to $3.2 billion [as of June 7] with $2.9 billion of the total in the secondary market. The market for initial public offerings remains subdued, however, with $366 million for the year to date, down 10% from the same period of 2012.”

There is a healthy pipeline of IPO issues, and it is simply a matter of when the deals happen, Lissemore says. The LightInTheBox IPO from China, which was well received by the market, bodes well for future listings of Chinese companies, she adds.

Elsewhere in Asia, Citi was named depository by Youngone, a South Korean manufacturer of outdoor sportswear, shoes and backpacks, which listed $114 million of global depositary receipts (GDRs) on the Singapore Exchange earlier this year. In May another Citi depositary program, Taiwan’s AU Optronics, completed a $350 million secondary offering for its ADR program on the NYSE.

Lissemore says companies from Brazil and Colombia are likely to issue DRs this year and that Russian companies could enter the market toward the end of the year. The rise (of almost 20%) in the S&P 500 stock index over the past 12 months has helped the US IPO market, she says. “Global market indices are also higher, with Citi Liquid DR World ex-US Index up about 21% over the same period.”

QIWI, a provider of next-generation payment services in Russia, raised $213 million in May by offering ADRs on Nasdaq. The company selected BNY Mellon as depository. The issue was a landmark because it also included the listing of ADRs on the Micex Exchange in Moscow. Russian regulations allow a domestic listing of foreign securities if a company is trading on a recognized exchange. This is the first-ever listing of ADRs in Moscow.

OUTLOOK SUBDUED
According to Deutsche Bank, the forecast is not so rosy. The outlook remains subdued for DR capital raising, according to Edwin Reyes, managing director and global head of depositary receipts at Deutsche Bank. “But there are some signs that the markets are slowly recovering,” he says. Cancellations of DRs outpaced issuances last year, notes Reyes, but that trend has reversed this year, which is a positive indicator for the market.

Conversions of unsponsored programs to sponsored programs have continued to increase, Reyes says. Deutsche Bank is the first to conduct “virtual” investor conferences online as a cost-effective means for its issuer clients to increase their marketing and reach by making live video presentations, followed by interactive question-and-answer sessions. The conferences are targeted to individual retail investors but are also open to institutional investors and analysts.

Reyes says he expects the Brazilian market to be active this year, although capital raising deals are always subject to market conditions and the timing may not always be favorable for issuing companies. Many Brazilian companies are now issuing shares in the local market instead of issuing ADRs.

In April, BB Seguridade, the pensions and insurance unit of Banco do Brasil, raised $5.7 billion in the largest global IPO so far this year. In June, Brazil’s largest cement producer, Votorantim Cimentos, canceled its plans to launch a multibillion-dollar IPO.

DEAL TOTAL RISES
J.P. Morgan cites different figures from those of Citi for overall DR volumes. In 2012 seven DR capital-raising deals were completed through April, notes Dennis Bon, global head of depositary receipts for J.P. Morgan. “This year [through April], we’ve seen 11 deals.” The total capital raised in DR form in the first four months of 2012 was more than $2.1 billion, up from $915 million in the same period a year earlier, he says.

“Latin America is the hottest market right now, with Brazil scheduled to host the World Cup of soccer in 2014 and the Olympics in 2016,” Bon says. “Infrastructure deals are picking up. It’s not just Brazil, but also Colombia and Peru that are active.”

In Asia not only is the Chinese market experiencing a thaw, but Mongolia also could be coming to market in the next 12-to-18 months, according to Bon. “In Mongolia new securities regulation was recently approved, and we are working with the regulators on the DR and custody regulations,” Bon says. These laws will be necessary to facilitate the $2 billion-to-$3 billion IPO for coal mining company Erdenes Tavan Tolgoi, he says.

The US signed an MOU with the China Securities Regulatory Commission and the Ministry of Finance on May 24 that will enable US and Chinese regulators to cooperate on securities investigations, but it does not solve all of the accounting issues with the US SEC.

“There has been some movement on the regulatory side, and we hope that this change and the recent success of LightInTheBox’s IPO will facilitate additional deals from companies in China,” Bon says. 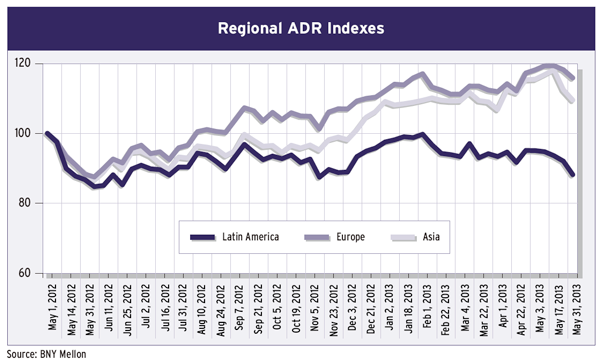