ON AN EVEN KEEL 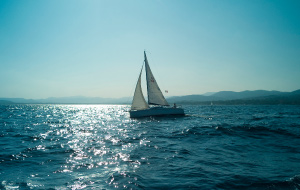 With even a hint of any potential rate increases drawing flows of new capital into the market, the global reinsurance sector is awash in capacity. In the aftermath of a series of historic catastrophic loss events—from the 2011 Tohoku earthquake and tsunami in Japan, to the Christchurch earthquake in New Zealand, floods in Thailand and Australia, tornadoes and floods in the United States’ Midwest and South, and Hurricane Sandy in 2012—reinsurers have largely stayed resilient.

Overall, reinsurance market growth continues apace, owing in part to the entry of start-up reinsurers backed by hedge funds and pension plans, as well as catastrophe (or “cat”) bonds and other instruments supported by institutional investors. In April the Aon Benfield Aggregate report on reinsurance pegged the industry’s total capital at a record $505 billion as of the end December.

Before the start of the year, as corporate buyers anticipated their annual insurance program renewals, many feared the series of catastrophic loss events would drive up reinsurance treaty costs for primary insurers and result in higher costs for their own programs. Yet, as their insurance renewals played out, many businesses with limited cat exposure, strong risk management and good loss experience saw relatively modest adjustments.

Indeed, in the reinsurance sector, pricing is generally stable and increasingly competitive. May’s global reinsurance market report by Morgan Stanley Research noted that early estimates on midyear renewals suggest property cat pricing will fall 10% to 20%. “The weakness in property cat lines is spilling into other segments of reinsurance (non-cat property, casualty) as reinsurance pricing power from recent years is fading.”

According to Adrian Stewart, head of property reinsurance at Miller Insurance Services, at midyear the Australian renewal was pretty flat despite some very significant losses only two years earlier. “Elsewhere, pricing for midterm renewals has come off by 15% to 20% in some areas as a result of increased capital and competition for the business.”

This is welcome news for corporate insurance buyers with significant catastrophe exposures or spotty loss history. But coverage for certain property cat exposures has new restrictions along with higher pricing. In other primary insurance lines, particularly those involving long-tail liabilities, pricing has reportedly firmed after multiple years of reductions. Still, commercial insurance worldwide has generally avoided the wide pricing and capacity volatility of past decades.

“If we had a run of cat losses, like we had earlier in 2011, 10 or 15 years ago, I think you would have seen a very different outcome,” observes Mike Van Slooten, head of Aon Benfield’s international market analysis team. “One of the features of today’s [reinsurance] market is that capacity doesn’t leave the market. So post-event, you’ve still got the same amount of capacity there. And you’ve got new capacity looking to move in to take advantage of any uptick in rates.”

He traces this partly to the fact that enterprise risk management practiced by reinsurers “is much more sophisticated and much better” than in the past. In that context modeling tools have given reinsurers “better ability to assess their exposures and to anticipate what their losses are likely to be. That’s a very important, positive development in the industry.” He adds, “It does have the side effect that, unlike in the past, when these big losses did occur, it [was] painful for these companies in terms of earnings; we don’t see these outliers or situations where companies are effectively taking their capacity out of the market as a result.”

Economist Robert Hartwig, president, Insurance Information Institute, ties the unprecedented rise in reinsurance capacity at least partly to actions by the US Federal Reserve: “It’s clear that this is one of the many unintended consequences of the Federal Reserve’s quantitative easing strategy. Rates are depressed on a global basis. This has sent every type of institutional investor—be it a hedge fund, be it a pension fund [or] others—in search of yield. One of the many areas around the globe that institutional investors decided to park their money in is the reinsurance sector.”

However, Hartwig wonders if this capital will have staying power: “When interest rates normalize at some point in the US and around the world, it seems likely that some of the capital will be withdrawn. But how much is unclear. They may still decide to keep their toe in this for a variety of reasons, including perhaps that they feel the yields are still strong nonetheless or the diversification effects on their portfolio.”

Meanwhile, the influx of capacity and intensifying competition may ultimately affect reinsurer performance. “We’ve not been at this place in the cycle before with so much new capital emerging from differing forms of provider,” notes Miller’s Stewart. “It’s quite a scary place to be, and I think we have got to get used to that. I don’t think pricing will get to unsustainable levels, but competitive forces are increasing and represent a challenge to any business looking to grow.”

Beyond their widened use by insurers and reinsurers, catastrophe bonds are slowly gaining traction among large corporations and insurance pools internationally that can’t otherwise access sufficient capacity through traditional insurance. Consider the cat bond sponsored by Zenkyoren, Japan’s largest farm mutual. In its search for attractive reinsurance capacity it accessed the cat bond market several times over the years for collateralized multiyear coverage. When the Tohoku earthquake hit, the mutual collected the full amount, a total loss for the investors.

Chi Hum, managing director, GC Securities, which placed a subsequent bond for the cooperative, notes that the bond was structured on a parametric basis, which, unlike the structure of traditional insurance, “doesn’t require a loss” to occur in order to pay out. The structure, says Hum, enabled the cooperative to get a check for the full $300 million “within 70 days.” When GC Securities arranged the “reload” of the cooperative’s cat bond, Hum notes, the “increase in pricing was only 20%. At the same time, they were renewing all their traditional reinsurance.” For the latter, the increase was “over 100%.”