Companies are increasingly using e-payments and looking at mobile channels. But moving money electronically cross-border can still be an issue.

The ways in which organizations are paying their suppliers and business partners continues to advance. Electronic and mobile payments represent a growing portion of overall payments. More corporate finance professionals also are making payments in an increasing number of emerging markets. A case in point: Merchandise trade between the European Union and Africa jumped from $147 billion in 2009 to $183.5 billion in 2011, according to the World Trade Organization.

Yet, even as payment tools and solutions steadily improve, finance execs can find their payment processes complicated by regulations that vary from one region of the world to another, as well as by constraints imposed by the systems they use.

“E-payments and mobile payments, which used to be tiny, small numbers, now are growing at an accelerated pace,” says Jean Lassignardie, corporate vice president and chief sales and marketing officer with Capgemini Global Financial Services in Paris. According to a survey of industry experts by Chetan Sharma Consulting, mobile payments will be the breakthrough application in 2013, ahead of mobile Cloud services.

While mobile payments technology within consumer markets has captured a great deal of buzz—mobile payments solution Square is now processing $15 billion in annual payments and just launched in Japan—mobile is also becoming a viable B2B payment tool, especially in emerging markets and among mid-market businesses. One reason: Small companies often lack enough staff to work around a colleague’s absence, says Jim Gifas, head of treasury solutions with RBS Citizens. “If the CFO is traveling and he or she is the only one that can approve payments, that’s a real obstacle.” 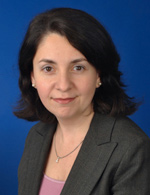 "More companies are bringing procurement and treasury into closer alignment."

Financial institutions aren’t the only ones offering mobile payment solutions. Technology firm Basware offers mobile purchase-to-pay solutions that allow users to review and approve or reject invoices and purchase requisitions while on the go, says Robert Cohen, VP, North America. “If you have a smart phone or tablet, you can be productive.” The firm just launched InvoiceReady Mobile, a solution for SMEs.

And many government entities are using mobile applications not only to initiate payments to their citizens but also to boost the ability of small businesses to work with them, says Ed Glassman, global head of commercial payments with MasterCard Worldwide. “Often, small and medium businesses’ entire business system is right there on their phones,” Glassman points out.

EMERGING MARKETS M-PAYMENTS BOOM
Mobile payment applications can be particularly valuable in emerging markets, and especially among microbusinesses, or those with just a handful of employees. “The lower the income, the more rapid the development of mobile payment services,” says Lisa Wilhelm, founder and managing partner with consultancy Global Payment Experts. Often, simple money transfer capabilities solve the challenges these business owners face when they’re only able to move money physically, Wilhelm says. Since many of these regions currently lack traditional payment infrastructures, it becomes easier to leapfrog straight to mobile payment solutions. One well-known example is M-Pesa, the money transfer system launched in Kenya in 2007.

The advantages of electronic and mobile payments solutions are profound. Along with safety is “the ability of any business to source suppliers from anywhere in the world, versus being held hostage to the high cost and uncompetitive prices of the local markets,” Wilhelm says.

Despite these developments, companies can still run into obstacles when trying to pay vendors via electronic channels in some countries. One challenge is interoperability, Wilhelm says—a system may be tied to a specific bank or telco.

Government regulation can pose challenges as well. Chris Lundquist is accounts payable manager with software firm Novell. In early May he tried to wire a payment to an Argentine vendor in Argentine pesos. Previously, Novell had used checks to pay the vendor, but then it could be several months before the vendor was able to access the funds.

However, the switch was far from straightforward. “Before sending the file, we had to provide the reason for the payment, the branch location, the phone number of the beneficiary, and their name and address,” as well as a wealth of other information, Lundquist says. Novell’s bank had requested this information, indicating that these were requirements of the Argentine government. Although explicable, the lengthy information requirements added time and effort to the process.

Like Novell, many companies are steadily moving to electronic payment transactions. Along with efficiency, “you have a better handle on the health of the business, the dollars in and out,” says Gareth Lodge, senior analyst with Celent, a financial institution consultancy.

The limited amount of remittance information that can be attached to many electronic payments is also tricky. Kongsberg Automotive, a Norwegian developer and manufacturer of automotive systems, now makes about half of its payments electronically and half via check, says Edward Pendergrass Jr, the company’s financial controller based in the US. Pendergrass says it’s not unusual to receive phone calls from suppliers wondering what a specific payment is supposed to cover. Of course, that reduces the efficiency of moving funds electronically in the first place.

Some companies are turning to nontraditional vendors to deal with the issue. “We are getting to the point that the data associated with a B2B financial transaction is more critical than the payment itself,” says Markus Rupprecht, founder and chief strategy officer with Traxpay, an international provider of Cloud-based financial and payment services for corporate settlement networks and B2B trading platforms.

Flightright is a German firm that works with several hundred airlines to claim refunds for delays or cancellations on behalf of passengers and travel agencies. Once it receives the funds, it distributes them to passengers. One reimbursement from an airline may cover multiple passengers, and generally requires supporting information—such as flight manifests and court documents. Flightright also needs to transmit much of this data to the final receiver of the funds. However, given the traditional cutoff of 140 characters on remittances with traditional bank systems, this can be problematic. Flightright uses Traxpay, which allows unlimited characters and data, to sidestep the issue. Notes Flightright CEO Marcus Schmitt: “We can attach all the information we need to the payment.”

Some changes to the payment process are taking place within corporations themselves. For example, a growing number of organizations are bringing procurement and treasury into closer alignment, says Ebru Pakcan, global head of payments for treasury and trade solutions with Citi. They are, for instance, not only paying suppliers but helping to finance them.

The goals of corporate payments process change typically remain fairly similar from one company to another, no matter the size or industry. They include “centralizing, automating and controlling [the payment function] to yield efficiencies in working capital and general control from a risk management perspective,” Pakcan says.