The Troika’s “darling of reform” is in its third year of recession. Citizens—and policy-makers—want to see the promised economic rebound.

Portugal and the European Union depend on one another. On the one hand, Portugal continues to rely on financial support and bailout funds, as it slowly rebuilds its economy. On the other, the “Troika,” consisting of the EU, the IMF and the European Central Bank, are looking to Portugal as a model for how growth and austerity might dovetail together for a functional recovery.

The outlook remains stark, however, as the country enters a third year of recession. In 2012, GDP fell by 3%, and it is likely to decline a further 2.3% in 2013. Last year unemployment reached 18%, and this year’s projections promise scant improvement, with youth unemployment approaching a staggering 40%. Public debt continues to mount, while budgets have become moving targets. Adding to budgetary challenges, this April, Portugal’s Constitutional Court rejected four key articles of the 2013 budget, accounting for €1.5 billion ($2 billion).

Despite such headwinds, the Troika remains committed to ongoing programs and characterizes Portugal as a potential success story. The IMF in particular has demonstrated flexibility, starting in December 2011, when it first suggested it might allow targets to change, as long as measures continued to be implemented. The program was broadly on track at that point, according to Poul Thomsen, its mission chief for Portugal: “The 2012 budget is in line with the program’s ambitious targets for fiscal consolidation, financial sector policies are being implemented as agreed, and the structural reform program is also off to a good start,” he said. Since that time, targets have been extended twice, in November 2012 and then in February 2013, as GDP results disappointed. “The hope is to let the automatic stabilizers work, so there will be no need for further austerity,” explains Ricardo Santos, euro-region economist at BNP Paribas. He adds that it is imperative that Portugal can terminate the current arrangement and ask for a further program, with lighter conditionality, from the European Stability Mechanism (ESM). “That way, Portugal will return to the capital markets gradually, step by step.”

Antonio Barroso, senior vice president at advisory firm Teneo Intelligence, describes European governments’ willingness to support Portugal through the ESM as somewhat flexible, within limits. “There is still some space for negotiation in terms of implementation, and Portugal has some leverage to determine the scope of certain fiscal policies. But in the end, the hard constraint is that it must hit the targets,” he cautions.

The country’s rigorous approach to labor market restructuring and various legal reforms are designed to boost productivity and economic efficiency. “The measures remain pro-cyclical, in the sense that fiscal policy is tightening as the economy weakens,” comments Marc Chandler, global head of currency strategy at Brown Brothers Harriman. The government is planning to cut 580,000 employees in the public sector, and to increase the workweek for public employees from 35 to 40 hours; contributions will also be increased, and all ministries face a 10% cut in spending. In addition, a new tax will be enacted on all but the lowest pensions, while the retirement age rises from 65 to 66.

The administration is undertaking a host of additional measures, conceived to strengthen the feeble labor market. The challenge is to steer a narrow course between more-stringent austerity and more-dynamic growth policies. For example, unemployment benefits are due to be capped, with an aim to reduce the shadow of long-term unemployment and encourage workers to return to jobs. Severance payments will be reduced, in order to eliminate labor market duality, while overtime and vacations are being curtailed. The goals are to lower costs and improve production capacity adjustment to peak periods. In addition, collective bargaining agreements are being overhauled, as a spur to reinforce firm-level bargaining. “Despite the signs of reduced labor costs, some measures may provide a slightly misleading picture by overstating improvements,” says Ben May, European economist at analysts Capital Economics.

One notable feature of the fiscal imbalance is the amount of money paid to the civil service, which is vastly in excess of the European average. Pruning areas like education poses some risk to the maintenance of a productive labor force. “But some of those areas could be cut back, like teaching salaries and the high professor-to-student ratio,” suggests Francis Scotland, director of global macro research at investment manager Brandywine Global.

At the same time, Portugal is focusing on meaningful legal revisions, primarily directed at the sclerotic court system and at the housing market. An entire restructuring of the judicial system has been launched, with a view to streamlining and accelerating the judicial process. Specifically, the corporate insolvency code has been revised, to encourage a more flexible framework for the recovery of viable firms. New arbitration procedures are intended to resolve conflicts outside the court procedure and reduce backlog.

As another spur to recovery, Portugal continues to diversify its traditional manufacturingbase toward new sectors and to widen its export platform to other locations. These initiatives should gradually bear fruit. “The economy is still based on domestic demand, and that is still shrinking,” cautions Teneo’s Barroso. He adds that lack of available credit remains a constant challenge and is “still strangling the SMEs. As long as the monetary transmission mechanism is broken, even improving exports can’t pull up the whole economy.”

Nevertheless, the export picture does look brighter. According to Banco de Portugal, exports have risen by 34% since 2008 and also represent higher geographic diversification. The National Statistics Institute offers a global breakdown by country and product. Whereas the share of exports to the European Union has declined from 80% to 71%, the share to other regions has grown to 29%. The share to Angola has grown from 3% to 7%, to China from 1% to 2%, and from 11% to 14% for Turkey, Mozambique and Russia in aggregate. But exports must keep rising. “Competitiveness means gaining a bigger share of the pie, but it will be difficult to achieve in the end if the global economy is not growing strongly,” says May.

"A poor showing of the ruling parties...could seriously jeopardize the fate of the coalition."

Sector diversification likewise shows some promise. “We’ve seen increased exports of intermediate goods and components, like auto parts and domestic appliances,” BNP Paribas’s Santos points out. The National Statistical Institute evaluates goods exports by percentage, again comparing levels in 2005 and 2012. It found that established industries, such as cement, pulp and paper have remained essentially flat; other long-standing industries, like wood/cork, textiles, vehicle parts and machinery, have sacrificed share. But other export sectors, such as chemicals, plastics, rubber and base metals, have gained traction. Mineral products have expanded from 3% to a whopping 10%, but traditional agricultural goods are also up from 7% to 11%. “As long as exports focus on goods like fish and oil, it will be hard to move up the value chain,” says Scotland.

So far, the Troika has been keen to emphasize the positive attitude of the Portuguese public toward accepting the hardships of austerity. Indeed, that tolerance and cooperation have been key factors in the authorities’ bailout reviews. But citizens may be reaching the limits of their willingness to endure privations. “They have been cooperative up until now, but the time has come that they are ready for payback,” Scotland suggests.

In a sign of growing impatience, crowds of protesters thronged the streets in September 2012, in reaction to an announcement that the government would increase social security contributions of workers. Bearing the slogan, “To hell with the Troika—we want our lives back,” 500,000 people turned out in Lisbon alone, with other protests held in 40 cities across the country, the largest demonstrations since the 1970s. “Those crowds represented 5% of the entire population,” Santos notes.

Another recent spark of dissent comes from academics. João Ferreira do Amaral, an economics professor at the Technical University of Lisbon, has ignited public controversy by advocating abandoning the euro and returning to a national currency like the escudo in order to reduce the price of exports abroad. His recent book, titled Why We Should Leave the Euro, “is an overnight sensation in Lisbon, although opinion polls show the majority in favor of remaining in EMU,”says Chandler. 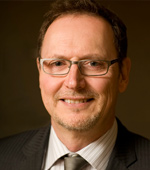 "[Citizens] have been cooperative up until now, but the time has come that they are ready for payback."

The growing discontent may manifest itself more significantly after this autumn in a couple of key tests for the government. Local elections in October will provide the first real opportunity to vote against the status quo of the current coalition and will indicate the resolve of both main groups to hold together. “A poor showing of the ruling parties—especially the Social Democratic Party (SPD) of Premier Pedro Passos Coelho—could seriously jeopardize the fate of the coalition,” says Barroso. Second, the budget must be approved next fall and negotiations be undertaken with the Troika to address fiscal slippages. “The discussions will come at a moment when the creditors are looking at exit strategies from the bailout program,” Barroso says. “This could be coupled with a difficult market environment, leaving even less room for compromise from the point of view of creditors.”

"Competitiveness means gaining a bigger share of the pie, but it will be difficult to achieve...if the global economy is not growing strongly."

Without question, Portugal faces continuing challenges and tribulations in the coming years. The economy has performed poorly, and prospects remain bleak. Yet hope remains alive among both European and Portuguese policymakers. They are taking encouragement from the relative political stability, the educated workforce and a population still grounded in realistic expectations.

A daring bid to reduce Portugal’s corporate tax rate from its current 24%—even as low as 10% for companies carrying out new productive investment—could provide serious incentive for foreign companies to take a look at Portugal. In late April, Economy minister Álvaro Santos Pereira announced the plan to slash rates significantly but slowly. “We don’t have the financial conditions to make a very swift cut,” Pereira explained. One possible avenue might be for Portugal to increase tax paybacks for new investments.

Could the bold proposal fly? “It’s a brilliant idea for a small country that needs a competitive footing,” Francis Scotland, director of global macro research at Brandywine Global, observes. “It’s clearly trying to emulate Ireland, with its 12.5% rate, and where most incremental gains in performance since 2009 have come from exports.”

But there, in fact, lies the rub, as other European countries are already pressuring Ireland to raise taxes. Besides, corporationtaxes are not the only factor to influence where businesses decide to locate. Ben May, European economist at analysts Capital Economics, doubts that “we will see Portugal turn into Ireland overnight.” He adds that “the Irish workforce is better qualified, the English language advantage affects some industries, and surveys indicate Ireland is generally more business-friendly.”

Despite the medium-term benefits of lower rates, the short-term effect would be to lose revenue.

Santos believes it will be difficult to achieve “something dramatic” over the next year and that any reductions are unlikely before the 2014 budget. He explains that any tax changes might not comply with European competition laws. 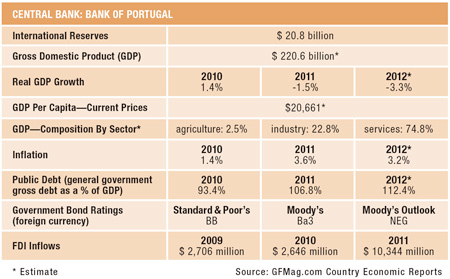