Slovakia has moved resolutely to compete with other former Soviet-bloc nations for foreign direct investment.

Four turning points have brightened Slovakia’s prospects for foreign direct investment. It separated from newly independent Czechoslovakia 1993. It then began the transition from a tightly-controlled communist financial system to a market economy—but for years lagged behind its neighbors attracting FDI. “That changed in 1999,” recalls Ľuboš Vančo, managing partner of KPMG’s Slovakia office. To correct the shortfall, policymakers sought membership in the EU (in 2004) and the eurozone (in 2009).

In the first three-quarters of 2013, FDI inflows totaled roughly €180 million
($240 million), according to figures from the National Bank of Slovakia. Of that, €83.5 million went to the corporate sector and €96.6 million went into banking. NBS figures also show €330 million in other capital, including transactions between affiliated companies and debt securities.

About 78 companies from the United States and Asia, as well as various European nations, now have Slovakian operations, and Vančo estimates that foreign investors control approximately two-thirds of all companies. He estimates that they produce 44% of Slovakia’s GDP—a reasonable projection, given that these companies include major automakers such as Volkswagen and Peugeot. 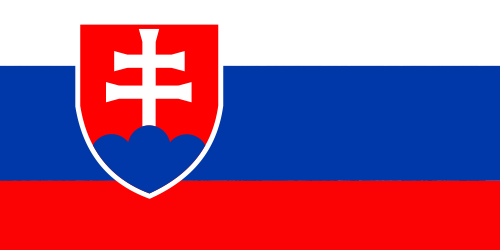 Membership in the eurozone means Slovakia’s currency doesn’t fluctuate in transactions with other member countries, explains Lenka Bartoňová, manager of PwC’s Slovakia operation, during an interview from Bratislava. The government has worked to lower tax rates and simplify the paper burden. “You can set up a company within a few days.”

Cvete Koneska, an analyst in the London office of consultancy Control Risks, says the labor supply in Slovakia costs less than that of other European countries, such as Germany. “It’s a reliable, highly skilled labor force.”

For multinationals, the big opportunities right now are in infrastructure—highways, power stations, electrical installations—and tourism, Bartoňová explains. (The mountain vistas are reminiscent of chase scenes in James Bond films, and the Andy Warhol Museum of Modern Art in Medzilaborce claims to have the world’s second-largest collection of the artist’s work.)

Despite the rosy picture painted by experts and government websites, the country presents challenges: Lack of policy stability in several key areas is at the top of the list. Koneska cites the changing tax environment, noting that the center-left government that took office in March 2012 scrapped the flat tax rate that had been the country’s flagship policy for attracting investors since 2004. It has also reversed privatization in sectors considered strategically important—such as energy—and in 2013 it renationalized gas distribution and transmission company Slovensky Plynarensky Priemysel eleven years after its partial privatization in 2002. The current government also plans to renationalize healthcare insurers, after a previous government decided to allow private companies in the sector.

Revisions to the tax regime are pending, although Koneska expects some resolution before the election in 2016. In common with other former Soviet-bloc nations, Slovakia suffers from public-sector corruption and lags behind in the quality of its infrastructure.

And though the euro provides advantages within the eurozone, it fluctuates against the dollar and the pound.

For more information on Slovakia or any other country, check out our Country Economic Reports.

This article appeared in issue July/August 2014