When Neglect is Not Benign 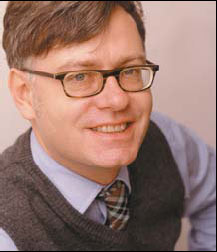 Does the steady fall in the dollar matter? Not if US economic policy makers are to be believed.New Treasury secretary John Snow this month effectively made public an abandonment of the Clinton-era strong dollar policy that had already sunk into abeyance during the O’Neill era.That’s likely to play well in export-dependent regions of the US, and with the Labor Day kick-off for the election round looming ever closer, political considerations are ever more likely to figure highly in economic decision-making. But short-term export boosts apart, the US electorate ought to be worrying a little more about the effects of a weakening greenback. Sure, bonds yields are at secular lows.And, yes, the Fed has at last uttered the dread word—‘deflation.’ In that environment, a swooning dollar is unlikely to send prices any higher outside a few consumer sectors. But if the internal price regime in the US is benign in relation to the strength of the currency, the international landscape is much more barren.The US has embarked on a massive—and expensive—projection of its power. Call it a new imperialism or call it a desire to better the world, it’s going to be expensive. And one way or another, with a growing external deficit, it’s overseas investors who are going to finance that project, in the short term at least. Do not take that support as a given.The anemic greenback isn’t just a product of benign neglect on the part of the administration; it reflects the growing international perception that the administration’s vigor in defense and foreign policy matters is matched by its lack of purpose on the economic front. The downward drift in the reputation of the Treasury during the O’Neill era has been halted but hardly reversed under Snow.There is indeed some new blood among the economic counsellors of the White House. But there’s no-one to match the status that Rubin and Summers commanded in international as well as domestic circles. Until there is, the dollar is likely to prove weak.As long as there are few competing safe havens for overseas investors they’ll continue to buy Treasurys. But a policy built on competing weaknesses is hardly sustainable in the long term.