As US corporates brace themselves for the now-inevitable rise in interest rates, they are finding there is an increasing range of tools available to help them manage their risk. 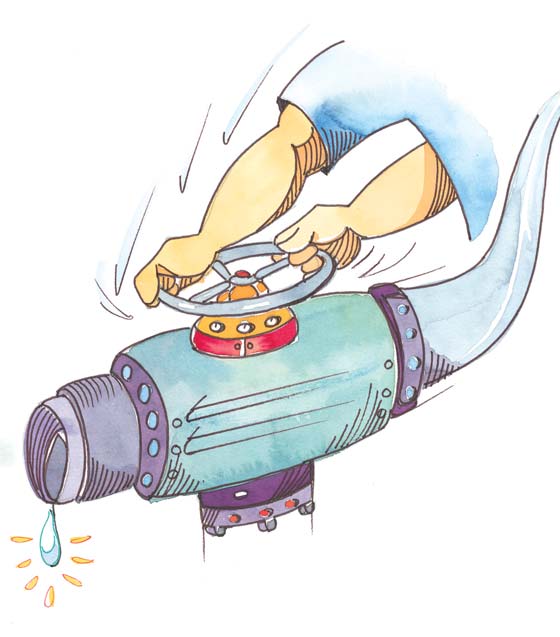 With the omission of just one word—‘patient’—Alan Greenspan, chairman of the Federal Reserve, indicated in May that US interest rates were set to rise. His fail-ure to reiterate his intention to be patient regarding raising interest rates sent mar-kets south and set corporate America reaching for their calculators to work out what interest rate rises will cost them. Rising interest rates affect companies in numerous different ways. For some com-panies they should indicate boom time. “If you’re really lucky, then you work for a company that increases profit as interest rates rise,” says Will Spinney, treasurer of global automation, controls and process solutions group Invensys. “It should be logical that if rates are rising, economic activity is at a high level.”
But as John Chase, director of UK corporate derivatives at Citigroup in London—where official rates have risen three times in the past six months and now stand at 4.25%—notes,“A lot of companies feel that they have a natural hedge because rates usually rise in line with GDP, which would de facto see their profits rising as well. But it is important not to be complacent.” Have treasurers and CFOs been com-placent? Denis McHugh, global head of rates and distribution at ABN AM-RO, says that corporates experience a lag between what is happening in the market and their current bor-rowing costs. “It is their future borrowing costs which are unknown,” he says. “For instance, while rates at the long end of the curve have increased, [companies] have re-mained in low rates that they’re paying at floating rates at the short end of the curve. Therefore, from that point of view there is little change in costs.” 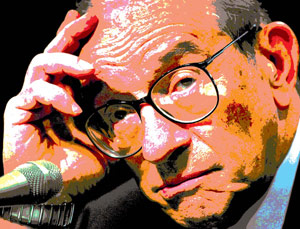 For the past two years a strategy of staying in floating rates has been extremely beneficial to corporates. As a consequence, an average corporate might currently have 60% of its debt in floating-rate instruments and 40% in fixed-rate, according to Neal Neilinger, global head of corporate debt syndicate at Dresdner Klein-wort Wasser-stein. But with rates predicted to rise, there is now a substantial disparity be-tween the short end of the curve—where the Fed has kept rates low to stimulate economic growth—and the long end— where international asset switching and the cheap dollar have pushed rates up.
Neilinger notes,“The cost implications of switching all your floating-rate debt into fixed are substantial, as the yield curve is currently very steep.” Fixed rates for two-year dollar borrowing are currently 3%.The three-month dollar rate is 1.25%, but forward curves show that the market expects it to be 3.5% in one year and 4.8% in two years. So treasurers and CFOs find themselves in a bind: Should they lock into seemingly lower fixed rates or take their chances with floating rates in the future? “You may pay just over 1% for one-year floating funding; five-year fixedrate funding could cost an additional 4% on top of that,” says Spinney. “You need to be able to justify that carry to a board of directors.”


Trusting the Forward Curve
The question that corporates have to ask themselves is whether they accept the forward curve rates or whether they believe that the forward curve is too pessimistic in what it is saying about future rates. Treasurers need to have a view on how fast,and when,rates will rise.“If they don’t believe what the forward curve is telling them, then it might be best to stick in floating rates,” says McHugh.
He points out that at the beginning of April the forward curve was implying that the three-month dollar floating rate would be 2.25% in one year.“Now they are saying it will be 3.5%,” he notes. “There has been a huge change in sentiment due to the latest economic data, with hedging and speculation activity pushing the forward curve up.”
Treasurers need to decide whether they are in a scenario similar to that in 1994 when there were six rate rises in a row, taking the rate from 3% to 6%, according to Neilinger.“If you believe that is going to happen, it might make sense to switch everything to fixed,” he says. “But if you believe the change is going to be more gradual, then some simple hedging might be more suitable.”
Fortunately, a treasurer managing a corporate’s debt and interest rate exposure has a number of weapons at his disposal. Interest rate derivatives are a huge business. The simplest of these, interest rate swaps—where borrowing costs are swapped from fixed to floating and vice versa—have grown from a market with a notional value of $680 billion in 1987 to around $120 trillion now.
Using interest rate derivatives is not a substitute for managing liabilities.As Tom Fanning, CFO of energy giant Southern Company, notes,“The strategic decisions in liability management are the level of risk capital—securities with maturities of less than one year or those that use a variable rate mechanism—and the level of credit quality— [since] in a rising rate environment it is the weakest credits that get hurt most.”
But swaps and other derivatives are used tactically to help implement the strategy. “We use interest rate swaps to change our exposure from floating to fixed or vice versa,” says Fanning. “Such interest rate management mechanisms are very liquid, and while deepest at the short end of the yield curve, even a long-term swap is possible.” F
As well as simple vanilla swaps, there are myriad interest rate options available for a corporate to manage its risk.“There are simple options such as caps, which everyone understands, as well as more exotic options,” McHugh says. Such financial tools come at a cost, though. In the past, corporates could have managed the disparity between the short and long ends of the curve using optionality. A company could sell some optionality using cancelable swaps on a portion of its portfolio. That would lower the fixed rate it pays by selling the bank the right to cancel the swap after some pre-agreed period. That would guarantee the company a lower amount of ‘carry’ for a period. In some cases, that saving would be sufficient to benefit the whole portfolio.

But as Citigroup’s Chase notes, recently introduced practices under International Accounting Standard 39 (IAS39)— largely for non-US corporates—and Financial Accounting Standard 133 (FAS133) for US corporates mean that those sorts of trades would now potentially expose them to substantial earnings volatility, as they will appear on the balance sheet and profit-and-loss account. “The key for entering into these trades will be understanding the ‘likely’ and ‘worst-case’ earnings impact of any structured derivatives under IAS and FAS,” says Chase, who notes that the trades will still be able to provide significant savings in interest costs.
One proposed strategy being adopted by many UK corporates is an 80%-20% vanilla-exotic hedge mix, where 80% of the hedges a corporate may take out will be plain vanilla—with no effect on the balance sheet under hedge accounting rules. “However, treasurers will still consider economically sensible hedges that will not get favorable hedge accounting treatment in order to lower the interest cost pain of rising rates. For this 20%, CFOs will have to be willing to justify them to shareholders,” says Chase.
Chase adds,“Overall,the company has a duty to protect its bondholders and shareholders from risks it is best placed to manage, and hedging is an important way to do that.”