TWO STEPS FORWARD, ONE STEP BACK 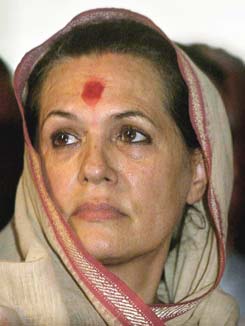 For the first time since 1995-1996 the Indian government’s revenues exceeded its budget estimates, leading to unprecedented collections, according to figures released in May. Collections for fiscal 2003-2004 grew 18% over the preceding year to reach $56.03 billion, comfortably exceeding the budgeted estimate of $55.4 billion. Direct taxes—income, wealth and corporate tax— came in at $23.26 billion, $284 million higher than revised budget estimates, with corporate taxes doubling to $14.2 billion.

While that represents good news for the Indian economy, it was more than offset by investor anxiety following the country’s general election in early May. Foreign institutional investors rushed to dump Indian equities after the ruling, business-friendly National Democratic Alliance was ousted in a dramatic electoral reversal. Institutions are anxious because the new coalition government includes some communist members who are opposed to fiscal reform and privatization. Between the start of the electoral process on May 3 and the announcement of results on May 13 foreign institutions sold around $350 million of stock. Within two days of the results they had sold another $500 million of stock.The moves make a substantial dent in the nearly $11 billion they had brought in between April 2003 and April 2004.The same fears led to the major equity indexes experiencing their worst-ever one-day fall on May 17, with the leading index, the BSE Sensex, falling 15.5% intra-day before ending the day down 11.14% at 4505. Stocks recovered after Sonia Gandhi announced that she would not become prime minister.

Auto component manufacturers had reason to cheer as auto component exports from India during fiscal 2003-2004 exceeded $1 billion for the first time ever—a 32% year-on-year growth.The growth of exports is being driven by international auto companies such as Ford and Volkswagen, which have set up procurement offices in India where manufacturing costs are reputed to be 20%-30% cheaper than in the US.The auto industry also reached a milestone in fiscal 2003-2004 as domestic passenger vehicle sales surpassed one million units for the first time. 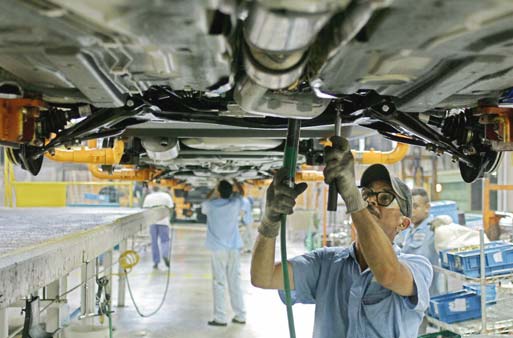 After a promising start to the year, Brazil has been enduring some choppy times in the past month. Despite wavering confidence on the part of many international investors, however, key economic indicators are still pointing in the right direction. Exports are up, and the economy is set to post modest growth this year, aided by president Luiz Inácio Lula da Silva’s relentless trade promotion efforts. Foreign minister Celso Amorim also announced an Arab-South American summit to be held in Brazil in December.

Lula himself became embroiled in a row after a New York Times reporter hinted at his alleged drinking problem. While tempers flared and the president moved to revoke the journalist’s visa—in what threatened to become an international incident—the situation was later resolved, with Lula backing down.

The strong performance of federal tax revenue during the first four months of the year has prompted market analysts to predict that the government will meet its 2004 fiscal targets. Federal tax revenue during the four-month period was 102.6 billion reais ($32.8 billion).The data, released in May, showed a 5.6% increase over the same period last year and topped the government’s own forecasts by 1.6 billion reais ($511.1 million).

Furthermore, March’s strong 11.9% year-on-year rise in the national industrial production index suggested that the economy is rebounding at a faster-than-expected pace, with growth resuming with little inflationary threat.