Features : Stars of the New Russia

In late April, Russia’s leading bankers and company executives came together in London’s Mayfair district to receive their “Stars of the New Russia” awards. These awards, first announced in Global Finance’s April issue, recognized the best banks and companies in the country. The event was held concurrently with the annual meeting of the European Bank for Reconstruction and Development and was presided over by Global Finance publisher Joseph Giarraputo. 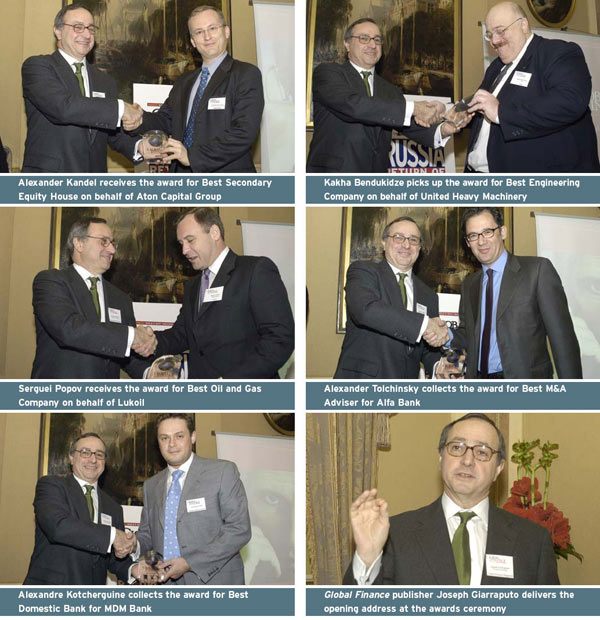