Milestones : Us Remains A Prime Beneficiary Of Foreign Direct Investment 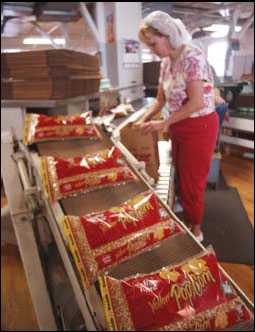 To listen to some politicians on the US campaign trail, the United States will soon have no employment opportunities left as its companies shut down factories and move to lower-cost countries of Asia, taking American jobs with them. It seems they might be missing the point: Certainly some companies are shipping jobs overseas, but the reverse flow of jobs to the US as a result of foreign investment is even greater, analysts say.

The US was the top recipient of foreign investment in 2003 and the leading country for manufacturing investment in automobiles, pharmaceuticals and chemicals, according to data compiled by IBM Business Consulting Services.

The United Nations Conference on Trade and Development says the leading investment destinations for the next four years will be China, India and the US.The top locations predicted for foreign direct investment (FDI) among the developed economies are the US followed by the UK, France and Canada.

While FDI inflows to the US fell sharply in 2002 amid concerns about terrorism, foreigners more than doubled the amount of money they invested in US facilities last year to $82 billion. This was well ahead of the $57 billion of FDI that found its way to the second-largest recipient, China.

Consultants at A.T.Kearney warn that the future attractiveness of the US market could be affected by a backlash against US policy in the Middle East, which could re-ignite worries over terrorism. Global investors, however, view the open and competitive US market system, flexible labor markets and productivity rates as the most important factors affecting the FDI competitiveness of the US, according to the consultants.

Economists say that foreign firms introduce new technology that increases productivity and that foreign-owned plants in the US produce finished goods that replace imports.