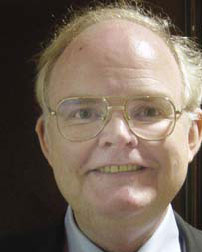 Splitting the roles of CEO and chairman may actually harm corporate performance and reduce returns for shareholders, a new study has concluded.According to the study, conducted by Booz Allen Hamilton, a New York-based global consulting firm, annual returns are 4.7 percentage points lower in Europe and 4.1 percentage points lower in North America for companies with separate chairman and CEO positions. The firm studied the records of departing CEOs at the world’s 2,500 biggest companies from 1995 through 2003.

The conclusions of the report will come as a shock to corporate governance activists in the US for whom splitting the roles has become a cause célèbre. Reformers argue that combining the top positions puts too much power in the hands of one individual who lacks accountability.A growing number of US companies are splitting the roles, as has been the norm in Europe for at least a decade.

“We see no evidence to support the presumption of governance activists that splitting the roles will help shareholders,” says Charles E. Lucier, senior vice president emeritus at Booz Allen Hamilton.“In fact, it is probably a bad idea,” he adds.

A chief executive who is also chairman has increased authority that contributes to superior corporate performance because he or she is secure enough to take the risks necessary to change the company’s culture, Lucier says.While corporate reformers mean well, he says, they have lost sight of the real objective, which is enhancing returns to investors.

Activists interested in good governance should not only worry about removing underperforming managers but also be concerned with making managers more successful, which means giving them a stronger mandate, according to Lucier.

In the US, the emerging practice of appointing a “lead director” may, in the future, provide the appropriate checks and balances for shareholders while providing the company with the strong leadership it needs, the study suggests.