Dollar Continues to Rally On Prospect of Rate Rise

The US dollar was off to the races in May, climbing to its highest level in more than eight months against the Japanese yen and rising against the euro on expectations that the Federal Reserve was preparing to raise interest rates.

Yield spreads are moving in favor of the dollar as market interest rates rise and the Fed gets ready to act, Rosenberg says.The capitalflow data show a pick-up of inflows to the US.

“This is a tough time for technical traders,” Rosenberg says.“In the long run, the dollar is in a bear-market trend, but the problem is identifying when that trend will reassert itself.”

The bigger budget deficits run by the US in the past few years have pushed total net indebtedness to the rest of the world from around $500 billion in the mid- 1990s to around $3 trillion today, says Stephen S. Poloz, chief economist at Export Development Canada.That foreign indebtedness represents a rise from 6% of gross domestic product to 27% of GDP in the same period.

“This may not be much of a problem for the largest country in the world [in economic terms], particularly when so many countries wish to use its currency,” Poloz says.

“Ordinary investors in all countries must hold some US assets just to diversify their portfolios,” he says. “Foreign central banks also hold a substantial share of their reserves in US treasury bonds because they are just as liquid as cash or gold but deliver a rate of return as well.”

If foreign central banks were to become concerned that the US dollar was about to decline dramatically, they wouldn’t suddenly sell their dollars, Poloz says. On the contrary, they would buy even more dollars to prevent or mitigate the decline, he says.

The trade gap widened to a record $46 billion in March, as oil demand continued to pick up and oil imports became more expensive.

While it is still too early for currency traders to end their attention on the anticipated increase in US interest rates, their focus could shift to the trade deficit as soon as the Fed delivers its much-anticipated tightening, Laidi says.

The Bank of England raised UK interest rates by a quarter percentage point to 4.25% in May to cool the country’s steamy housing market and rising consumer debt.

The increase was the third quarter-point increase in seven months but did nothing to support the suddenly sagging British pound.

The pound dropped to $1.77 on May 11, 2004, from $1.84 in early April. The slump followed a government report showing that UK factory output unexpectedly declined in March for a second straight month.

The Bank of England’s latest increase in its benchmark rate put it further above the Federal Reserve’s 1% federal funds rate, which is the cost of overnight borrowing. However, the gap between yields on two-year US treasury notes and similar duration UK government notes narrowed to the lowest in 10 months. US yields have increased in anticipation of a Fed tightening.

The Bank of England said in announcing its May 6 rate rise, “Retail spending [in the UK] continues to be robust, underpinned by income growth and unexpectedly strong houseprice inflation.”

Further UK rate increases are likely, with another quarter-point hike expected to occur by August at the latest, analysts predict.

China’s Premier Wen Jiabao says he is studying a marketoriented currency mechanism but that his first priority is to achieve a proper macroeconomic situation and a prudent banking system.

On a visit to Brussels in May, he stressed that China wants a soft landing for the economy.

China has had a mixed performance in the past in trying to slow the economy, says Marc Chandler, chief currency strategist at HSBC Bank (USA) in New York.

HSBC’s economists believe that China will be able to engineer a soft landing, Chandler says. Credit conditions already were being tightened ahead of a pick-up in inflation, he says.What’s more, the current investment boom is largely financed by domestic credit, rather than foreign borrowing. A rate increase in China would likely boost savings and cut spending, Chandler says. However, Chinese households have accumulated such a large amount of savings that the higher interest income they would earn could offset the impact on consumption, he says.

Analysts at Brown Brothers Harriman in New York say that if China were to liberalize its exchange rate at this point, the rate might well depreciate against the dollar. Fears that China’s economic growth could cool quickly and that this would weigh on the country’s trading partners combined with US rate-hike worries to drive investors quickly out of Asian currencies and equity markets in early May, says Rebecca Patterson, currency analyst at JPMorgan Chase in New York.

While the pace of selling has slowed, nerves remain on edge, and well they should, she says. Positions in emerging markets and Asian markets in particular remain huge, even if they have been pared back, Patterson says. What’s more, the return of US inflation could trigger more-aggressive rate hikes. “Of the major currencies, we believe the yen remains the most vulnerable near term to hawkish US data and potential further China uncertainty,” Patterson says. 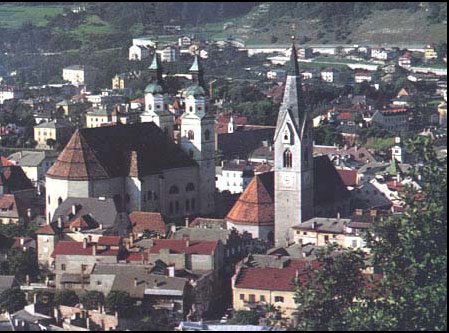