Minnesota-based United- Health Group, the largest health-maintenance organization, or HMO, in the US, will acquire Connecticutbased Oxford Health Plans in a stock-and-cash transaction valued at about $5 billion.

The definitive agreement was announced less than a week after Oxford ended talks concerning a possible acquisition by WellChoice, which has the exclusive right to use the Blue Cross and Blue Shield names in the New York City area.

The latest merger was the largest in the healthinsurance industry since Indiana-based Anthem agreed to acquire WellPoint Health Networks in October 2003 for about $14 billion. Anthem-WellPoint will have 26 million members.

Analysts say the spate of mergers in the health-insurance industry could tip the balance of power in favor of insurers and away from hospitals, doctors and pharmaceutical manufacturers.

The American Medical Association has called for the Federal Trade Commission and the Justice Department to look into large health-plan mergers, saying they could lead to eventual market domination.

UBS will acquire a 20% stake in Motor-Colombus, the holding company for Atel, from RWE of Germany.This transaction will make UBS the majority shareholder in Motor- Colombus and indirectly give it a controlling interest in Atel.

The bank plans to launch a mandatory takeover offer to acquire the remaining shares it does not already own in Atel.This will lay the groundwork for UBS to sell its participation in Motor- Colombus as part of its strategy to focus on its core banking business in the future.

Atel operates on a pan-European basis, with subsidiaries and partnerships in a number of countries, including Italy and Hungary. Atel operates its own transmission grid and controls 42% of the transmission-line capacity from Switzerland to Italy. It is also a major energy trader.

The banks began cooperating last year and agreed to the merger in part to take advantage of a government offer to supply some fresh capital to banks that agree to combine.

Mizuho Securities advised both banks on the transaction, while Hokugin was also advised by Nomura Securities. 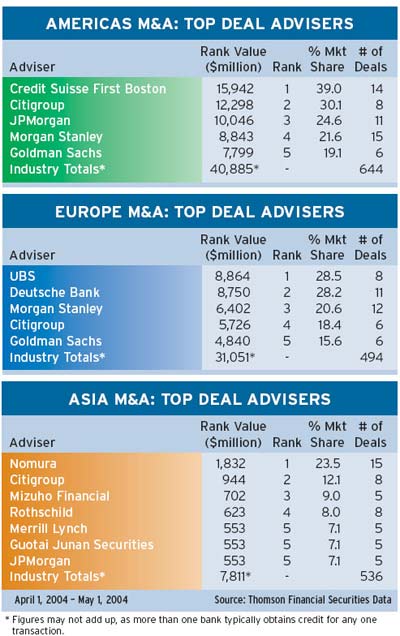 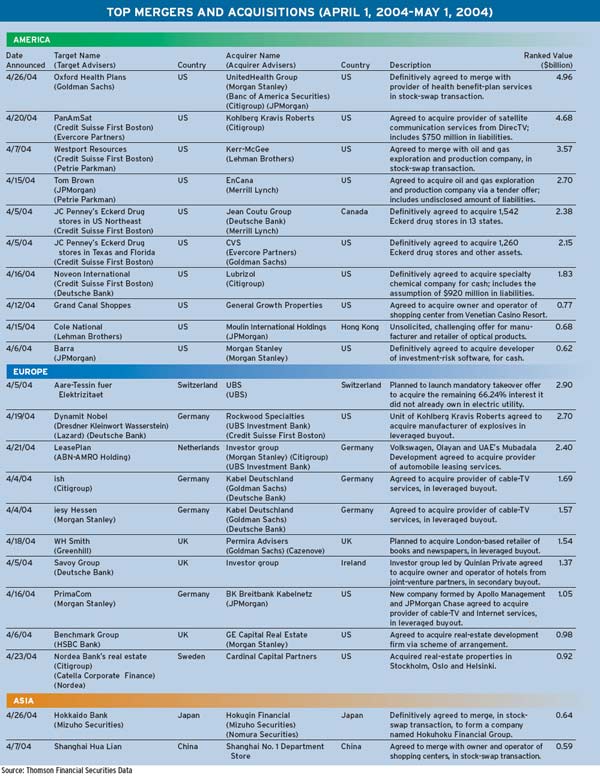