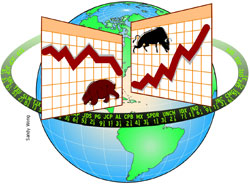 Now that the burdens imposed by the Sarbanes-Oxley Act have scared a number of non-US issuers away from the US capital markets, the Securities and Exchange Commission is preparing to reform the securities offering process, hoping to win some of those companies back.

The effort is unlikely to bear fruit, lawyers say, except for possibly luring a few large, well-known companies, which will receive special status under the new rules.

A new category of well-known seasoned issuers, or WKSIs, will gain new flexibility that will enable them to jump into the markets more quickly with new issues. WKSIs are companies that have filed their SEC-required documents on a timely basis in the past year and have more than $700 million of common stock outstanding. In the case of debt offerings, WKSIs must have issued at least $1 billion of registered debt securities in the preceding three years.

“The reforms will make it much easier for large, non-US corporations to do registered securities offerings in the US,” says Richard Baumann, London-based partner at Dorsey & Whitney, who heads the firm’s international capital markets practice.

The SEC reforms are likely to be adopted in the coming months, and maybe in the coming weeks, Baumann says, noting that the comment period ended in January 2005. The new rules could radically change the way US-registered securities offerings are marketed and documented, he says.

Under the proposals, all existing limitations on communications made during the offering process would be eliminated for seasoned issuers.

It is purely coincidental, Baumann says, that the US reforms are coming at the same time that the EU is implementing the Prospectus Directive, which will introduce a single set of documents, or passport, for raising capital on a regulated market in any EU-member country, effective July 1, 2005.

The proposed US regime appears to offer certain advantages compared to the EU market, where companies are required to wait for at least seven days before making a rights offering, Baumann says. There would be no such delay for WKSIs making rights offerings in the US.

“The proposed SEC reforms include something for everybody, but more for the large companies,” Baumann says. “Sarbanes-Oxley is still a big burden for many companies, but the offering reforms ought to tend to lower costs and reduce time to market for many US registered offerings,” he says.

While the new rules are designed to modernize and streamline the process of offering securities, as well as to make more information available to investors and increase use of the Internet, the SEC is also keenly interested in steering more transactions to the US public market through registration, lawyers say. The SEC is also hoping to reduce reliance on private placements conducted under Rule 144A, as opposed to registered offerings.

It remains to been seen to what extent foreign issuers will return to the US capital markets as a result of the proposals, according to lawyers at Cleary Gottlieb Steen & Hamilton in New York.

They say that while some foreign companies may view the benefits of WKSI status as outweighing the burdens imposed by Sarbanes-Oxley, many will not.

In its November 2004 release proposing the changes to its securities registration and offering rules, the SEC said the existing regime hinders legitimate communications that would be helpful to investors and has led to the practice of marketing securities through road shows to selected institutional investors and broker-dealers.

In the future, it suggests, road-show presentations should be done on the Internet, giving small investors access to the same information as larger investors.

Malayan Banking, or Maybank, launched an ADR program on May 3, 2005, becoming the 14th Malaysian-based company to issue ADRs.

The bank issued 50 million shares, or 1.35% of its total shares, to be traded as ADRs in the US over-the-counter market. Maybank selected Bank of New York as depositary and said it was seeking to broaden its foreign shareholder base and create greater awareness of its brand by US investors.

Bank of New York also announced a Regulation S program for Concern Galnaftogaz, a Ukrainian distributor of gasoline and oil products to the domestic retail market. Meanwhile, Bank of New York was selected as successor depositary for the J Sainsbury ADR facility. Each Sainsbury ADR represents four ordinary shares. Shares in the UK-based food retailer and financial services provider trade on the London Stock Exchange, and the ADRs trade in the US over-the-counter market.

The company’s businesses include Sainsbury’s Supermarkets and Sainsbury’s Bank, and it employs 147,500 people.