June 01, 2006
Author: Mark Lehane
After more than a decade in the doldrums, Japan’s economy is set for a robust recovery. 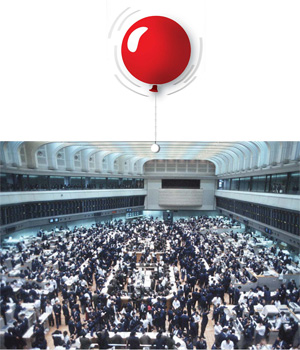 Cherry blossom time is always a festive time in Japan as salarymen and students alike gather to drink alfresco while admiring the beauty of the trees. This year, however, the mood was even more upbeat than usual. The economy is growing: GDP in the first quarter posted a 1.9% uptick—the fifth straight increase. Exports are booming. And in key cities more jobs are on offer than there are workers to take them. The country is finally hauling itself out of nearly one-and-a-half decades of gloom.

Sadakazu Tanigaki, Japan’s finance minister, puts it succinctly: “Japan is back,” he says.

Faced with that prospect, the Bank of Japan is preparing to signal the death of deflation by returning interest rates into positive territory, ending a policy of flooding the economy with money that was called “quantitative easing.” That’s a process that has gone remarkably smoothly so far, says Ben Eldred, a senior economist at Daiwa Securities SMBC in London, but it’s not without its attendant controversy. In 2000 the central bank judged deflation over, started to turn off the liquidity tap and in doing so stifled—and eventually killed off—a nascent recovery. That disastrous misstep has not been forgotten, and governor Toshihiko Fukui has had to battle vocal politicians—and elements of the Ministry of Finance—reluctant to wean the country off cheap money. The market is signaling two rate rises this year, the first as early as June, but Daiwa’s Eldred says softer activity data might make rate rises later and slower than that.

Looking at the various indexes, including CPI and the GDP deflator, it is possible to question whether Japan has finally shed deflation or not, agrees Cameron Umetsu, head of economic research at Nomura International in London. But the signs are clear: “Whichever way you tap it, the trends are positive,” he says. Banks are lending again: In April non-adjusted outstanding lending rose by 1.2 % on an annualized basis, a 10-year high.

“The most noticeable element of this recovery is that it is led by private sector demand,” says Tanigaki. That stretches across the economy, he says: “Japan’s financial system has overcome its problems and is healthy again, Japanese companies have become much leaner and healthier, and this recovery is trickling down to the private individual.”

Reversing the Second Great Defeat
Hajime Takata, chief strategist in the fixed-income department of Mizuho Securities, says it is important to realize just how deep a hole it is that Japan is climbing out of. He calls 1990, when the recession began to bite, “the second great defeat.” “The losses we suffered after 1990 in asset terms were greater than the loss we suffered after World War II relative to GDP,” he says.

Rebuilding bank and company balance sheets, previously laden with loans that turned toxic during the recession, has been the platform for renewed growth.

“Excess capacity, excess employment and excess debt have been dealt with,” says Kohei Yuki, managing director and head of global banking at Deutsche Securities in Tokyo.
That has allowed Japanese companies to do what they do best—export (see box, right). And it’s that export drive and an accompanying boom in domestic capital investment that is in turn powering the Japanese recovery. But the feel-good factor threatens to obscure the fact that substantial challenges remain if Japan is ever to soar above the 1% per annum GDP growth that the International Monetary Fund says is the economy’s natural cruising speed.
Structurally, according to finance minister Tanigaki, Japan faces two key challenges: emerging market competitors and demographics. The country’s population began to decline in 2005. “We must draw in goods, people, money and information from around the world,” asserts Tanigaki. Racially homogenous, Japan has tended to frown on immigration. That needs to change. “Many people think Japan is a closed society,” says Tanigaki. “It is imperative for us to become an open society.” At the very least, that means encouraging selective immigration from workers whose skills are in short supply, he says.

“One of the major reasons for pessimism in Japan is the demographic situation,” says strategist Takata at Mizuho. “We must put out the welcome mat for engineers.” 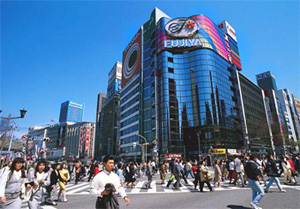 More than in any other country except, perhaps, Germany, Japan relies on engineers to power its economy. The typical Japanese champion continues to employ ever more automated processes to manufacture high-end products at home, eschewing the chase after the cheapest labor that forms conventional CEO wisdom elsewhere. If that system has allowed Toyota to bear down on General Motors as the world’s leading automaker, it also has allowed erstwhile champions as Sony to grow flabby and to lose their touch.
But even though much of Japanese industry has gotten leaner and fitter in recent years, argues Deutsche’s Yuki, the changes need to go deeper still. “There are two fundamental problems,” says Yuki. “Japan still has too many companies in each sector, and each company still does too many things.” He points out that Japan is home to 13 car and truck companies, each making roughly the same product. “There is no Porsche or Ferrari,” he adds.
Yuki points outs that Japan now has just three megabanks, compared to the more than 20 that it boasted just a few years ago. “That consolidation now needs to happen in each sector— chemicals, pharmaceuticals, steel, engineering and so forth.”

There are signs of that happening. Hostile takeovers, while still rare in Japan, are now not unknown. Boards are beginning to pay more attention to shareholders. But the challenge stretches beyond the production line.
“Japan is the only one of the G10 countries where manufacturing as a share of GDP has not actually gone down in recent years,” says Grant Lewis, head of fixed-income research at Daiwa Securities SMBC Europe.
Lewis argues that there are two separate economies in Japan: “a fantastic manufacturing economy—the best in the world—and a service sector that is frankly awful.”
The result is a per capita GDP figure some 20% less than in the US. “It’s not that the Japanese don’t work hard—they do—it’s that they tend to work less smartly.”
The challenge is to raise productivity in the services sector, particularly in a society where workers are set to become a scarce commodity.