Six months after SEPA’s introduction, banks are still trying to devise ways to encourage the businesses they serve to jump aboard. Additional optional services may provide the answer. 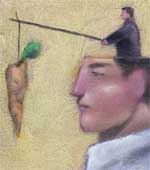 The introduction of the euro in January 1999 was a momentous event in Europe’s history, with initially 12 member states creating the second-largest monetary area in the world. By comparison January 28, 2008, the date when regulators’ vision for a single harmonized payments market across Europe in the form of the Single Euro Payments Area (SEPA) went live, passed with relatively little fanfare.

On paper SEPA certainly sounds promising. It abolishes distinctions between domestic and cross-border payments, replacing them with pan-European instruments that are standardized across the EU and the EEA (European Economic Area).

SEPA credit transfers (SCTs), the first installment of SEPA, went live in January, but there was no “Big Bang” migration on the part of EU governments or companies to these new instruments. And SCTs are only part of the story. SEPA direct debits (SDDs), the more difficult yet most important part, will not be implemented until November 2009, and there are also unresolved questions surrounding the implementation of the Payment Services Directive (PSD), also scheduled for 2009, which provides the legal framework for SEPA. Add to that the concerns of EU corporates, which feel they were not adequately consulted by European banks that drafted the rulebooks for SCTs and SDDs, and the SEPA vision is somewhat incomplete.

With the arrival of SEPA receiving a relatively lukewarm response, banks are beginning to realize that the new payment instruments (SCTs and SDDs) are not going to be enough to convince a critical mass of corporates and public sector organizations to migrate to SEPA. “There are an awful lot of corporates, particularly in Europe, that view SEPA as a retrograde step, and they feel that SEPA needs to be brought up to the level of legacy payment offerings,” asserts Paul Styles, business solutions manager for payment software vendor ACI Worldwide. “Has SEPA been successful in building the business case for corporates? There is still a lot of work to be done there,” he says.

SCTs and SDDs are viewed as “lowest common denominator” solutions under SEPA, and in some cases they are a step down from existing national instruments. Yet, as part of SEPA, banks and regulators have spoken about complementary SEPA services, otherwise known as “additional optional services” (AOS). Gertrude Tumpel-Gugerell, member of the executive board of the European Central Bank, has stated that the provision of complementary services to individual participants and communities can be helpful in the SEPA migration process. “Banks or payment service providers should develop those additional services which they deem necessary to satisfy and expand their customer base,” she said.
However, Karoline von Richthofen, head of corporate payments at Deutsche Bank, says AOS “strictly relate” to the new XML formats on which the new SEPA payment instruments are based. Within the XML format are optional fields that banks or communities can use for AOS. The first banking community to register an AOS with the European Payments Council (EPC) was the Finnish banks, which have added an extra field to the core SEPA XML message to bring SCTs up to par with the region’s national payment formats.

While AOS, under this strict SEPA format definition, must be registered with the EPC so they do not have an adverse impact on interoperability of SEPA schemes, banks fear that if there are too many AOS, it could result in the dreaded “mini-SEPA.” “This is not a result that the industry would want to see as being prevalent in the market,” explains Richthofen, “as in the end it will create major country variances in terms of the SEPA formats.” After all, SEPA is about harmonizing payment standards across the EU.

Simon Bailey, director of payments for UK consulting company Logica, maintains that a combination of variations in national implementation of the Payment Services Directive, coupled with what he terms “national community-defined AOS for SEPA,” could ultimately undermine the development of a single payments market. “For multi-country banks this adds considerable complexity for the assessment and planning process,” he says.

One key difference between the new SEPA payment instruments and AOS is that the rulebooks for SCTs and SDDs were developed based on collaboration between European banks. However, AOS affect the “competitive” or bank-to-corporate space, which leads Logica’s Bailey to question the clarity of the governance framework for their development. He says countries implementing SEPA could develop additional features for local payments users without necessarily publishing them and therefore restricting the potential for non-national competition. “Additional features will be required to assist in migration to SEPA,” he says. “However, the process for defining and implementing these changes does not appear to have a strong governance and approval model. This means SEPA may fragment, and the benefits will not be realized.”
Choice Versus Value
Richthofen of Deutsche Bank says AOS often get mixed up with value-added services that banks can offer around SEPA, which go beyond the SEPA format itself and are more about functionality and services around SEPA products. “We expect to see more value-added services rather than AOS,” she says. Martin Wilson, chief commercial officer for UK-based VocaLink, a payments clearing and settlement mechanism, concurs, saying that it is focusing on the provision of value-added services rather than AOS. “The way that we can make sure SEPA payment instruments are as attractive as domestic payment instruments is by providing value-added services around the core,” he says.
One of the “value-added services” VocaLink features in its SEPA offering is a payment capture facility that enables banks to offer a channel for corporates and other banks to bring their SEPA payments directly into the clearing and settlement mechanism that captures, validates and sorts payments, thereby reducing the cost of SEPA development for companies. “By adding value-added services around the core payment instrument, it makes it more easy to use and builds customer confidence and greater volume,” says Wilson.

Starting next year, Richthofen says that banks will be able to offer additional features or value-added services around credit transfers. The first is “purpose codes,” which explain whether the credit transfer is for salary or taxation purposes. “There will also be ‘on behalf of’ payments, which will create value for those corporates with payment factories that want to make a payment on behalf of a subsidiary,” she explains. “They can put that information into the payment order in a structured way.”

Additional value-added services that banks can offer around the SEPA schemes include enabling clients to use the SEPA format globally, or easing the pain of migrating to SEPA for corporates by continuing to accept existing global formats such as Edifact for those clients that do not want to change their existing format. When it comes to SCTs, Richthofen says that Deutsche Bank is also helping corporates navigate the complex landscape of BICs (bank identifier codes) and IBANs (international bank account numbers), which are mandatory in credit transfers. “Some corporates don’t understand why they have to provide the IBAN and the BIC,” she says, “so we will derive the BIC if the client just provides the IBAN.”

Banks are beginning to realize that value-added services are essential not only for helping companies establish a business case for migrating to SEPA but also as a way of making up for banking revenues lost through the commoditization of payment clearing and settlement services. “It is our expectation that clients will realize demonstrable benefits as the value-added services are utilized and—as in any commercial undertaking—be prepared to pay for value,” asserts Richthofen.

Bailey stresses that the development of value-added services under SEPA will also need to enjoy the same level of transparency and governance as AOS if national variations on SEPA are to be avoided. He says the challenge for banks is in knowing where to draw the line between collaboration and competition. “The challenge for the industry as a whole,” adds Wilson of VocaLink, “is to raise the horizons of corporates and promote the benefits of pan-European payment instruments versus local ones.”

If there are not sufficient value-added services developed to dangle that all-important carrot in front of corporates to make SEPA migration more attractive to them, ACI’s Styles says further regulatory intervention cannot be ruled out. “If corporates or governments don’t migrate to the SEPA instruments, it will just be an exercise that is not going anywhere,” he says.