Swooning equity markets have added to the troubles facing many corporate pension plans and will only accelerate the move to defined contribution plans. 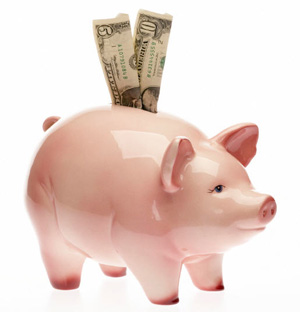 For some time now observers have been warning of a looming pension crisis as lower investment returns, higher benefit costs and unanticipated improvements in life expectancy have resulted in widespread pension deficits. According to research published earlier this year by Standard & Poor’s, the value of future obligations of defined benefit (DB) pension plans among the companies in the S&P; 500 index stood at $1.4 trillion at the end of 2008. However, the assets those 500 companies had allocated to fund these obligations were worth only $1.1 trillion at the end of 2008.

Watson Wyatt’s 2009 Global Pension Assets Study found that the value of pension assets at the end of 2008 for the 11 markets it studied totaled $20.4 trillion, a 19% decline on end-of-2007 levels. Recent stock market declines have only exacerbated the problems facing pension fund managers. During five days of volatility in late February and early March, when the FTSE stock market index was hit by substantial equity losses, employee risk and benefits management company Aon Consulting reported that the combined deficit in UK final salary or DB pension schemes peaked at £73 billion, the highest level since February 2006.

In a working paper entitled “Private Pensions and Policy Responses to the Financial and Economic Crisis,” the Organisation for Economic Co-operation and Development (OECD) said the financial crisis had caused global pension assets to decline by around 20% , or $5.4 trillion, by the end of 2008, which has placed pressure on DB funding levels and reduced prospective retirement income for defined contribution (DC) pension plan members nearing retirement.

Another trend that has been strengthened by the current crisis is the closure of defined benefit schemes to new entrants. In its 2007 Pension Trends survey, the Association of Consulting Actuaries in the United Kingdom reported that 81% of DB schemes were closed to new entrants, up from 68% two years ago. “This trend has been exacerbated by the current crisis as the cost pressures on companies are even greater now,” remarks Simon Chinnery of J.P. Morgan Asset Management.

DB schemes are favored by employees for a number of reasons, not least being the fact that any shortfall in the pension fund when benefits are due to be paid out has to be made up by the employer. For that reason they are less favored by employers, who are increasingly opting for DC, or “money-purchase,” schemes, where the retirement pot received by an employee is dependent on the accumulated fund, investment returns and annuity rates available at the time of retirement. “In a DC plan members take the investment risk—longevity risk, inflation risk—whereas in a DB plan the employer assumes these risks on behalf of the members,” explains Barbara Marder, global DC consulting leader at consultant Mercer.

In a DB plan the retirement benefit is defined irrespective of market performance, and now some employers maintain that they cannot continue to take on all of the associated risks. That perhaps explains why DC pension assets are growing at the much faster rate of almost 8% per year compared to 1.7% per year for DB assets. Watson Wyatt estimates that DC assets represent 45% of total pension assets, up from 37% in 2003, with countries such as Australia, Switzerland and the United States boasting the largest proportion of such assets. “In the US, UK and Canada, we have seen a shift from defined benefit to defined contribution pension plans, and the current economic crisis is likely to accelerate this process,” says Marder.

Not surprisingly, employer contributions to DC plans are on average less than those under DB plans. The Association of Consulting Actuaries says that DC schemes attract combined employee (4%) and employer (6%) contributions of around 10%, one-third the levels paid into DB schemes. And in the current economic climate, where corporate earnings are suffering, Marder says some US companies are suspending their DC-plan matching contributions, saying they are not going to contribute this year but will review it next year. “This is happening in particular industries such as the automotive, retail and hospitality sectors,” explains Marder. “We are also seeing some of that in Europe as well.”

Despite the growth in DC assets, Roger Urwin, global head of investment content at Watson Wyatt, says innovation in DC strategies has not kept pace and that investment approaches under DC plans are “rudimentary and expensive.” Chinnery notes that 80% of schemes are invested into default funds, which usually contain a lot of equities when the retiree is younger and then move into bonds and cash as they near retirement. However, he says that default funds are not appropriate for everybody and that it is a simplistic model that can be improved on by diversifying into alternative funds.

“There needs to be an evolution from a one-size-fits-all investment approach to one that recognizes employees have different requirements and spending patterns at different stages in their lives,” remarks Chinnery. Marder says governments are likely to consider more regulation around default funds. “These funds are not all created equal,” she says, “and for those members who are looking to retire in 2010, some of these funds were down 25% to 30% at the end of 2008.”

According to Marder, governments around the world are beginning to take more interest in defined contribution pension schemes. She points in particular to increasing regulation in the area of member protection to help fund members through the economic downturn. She says there are changes afoot to make DC systems more flexible.

Australia stands out for its efforts to establish a level of sustainable mandatory contributions, says Marder, as the government there has mandated a 9% defined contribution for all workers, which goes into a “super trust,” with employees able to choose from a selection of trust providers. Marder says Australia has gone further than most countries, as employees can choose where their money is invested.

Companies are also looking at tying defined contribution plans to company profits on a long-term basis so that in those years where the organization has not performed as well there is flexibility to reduce or stop contributions, and in growth years they can make up for those periods when they were unable to contribute.

Chinnery says DC plans will require some re-engineering going forward. “Defined contribution is difficult because it is part of an employee package, but typically most employees only stay in a job for three to five years,” he says. “From an employer’s point of view, it is about how can I construct something that adds more value to the employee package?”

Chinnery says we are likely to see more self-invested personal pensions (SIPPs) and “wrap platforms,” which contain all of an employee’s savings. The challenge for regulators, he says, is that they need to strike a balance between carrot and stick. “Regulators cannot bully the employer to do something if they are cash strapped,” he adds.

Education will also be challenging, adds Chinnery, as governments need to encourage employees to continue to save for their retirement, despite the fact that those who have put money aside are seeing their pension pot eroded.