While the economic crisis has demonstrated the shortcomings of “light-touch” regulation—leaving the market to virtually regulate itself—banks remain unconvinced about the benefits of a single global regulator. 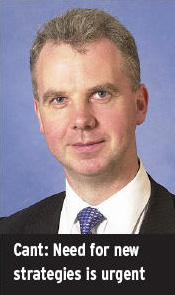 While the economic crisis has demonstrated the shortcomings of “light-touch” regulation—leaving the market to virtually regulate itself—banks remain unconvinced about the benefits of a single global regulator. According to the findings of an industry-wide survey on risk management in financial services published by consultant MPI Europe in association with the FS ThinkTank initiative, financial firms recognize the need for greater regulation, but doubts remain as to whether a global regulator is the right solution.

Instead of a single global regulator, banks said they preferred to practically address the need for heightened risk management via a combination of changes to risk management culture, processes and technology.

“Clearly our financial leaders understand the weaknesses within the previously accepted market norms for risk management and are keen to work quickly to resolve some of them,” remarks John Cant, managing director of MPI Europe. “Therefore, simply waiting for a unified regulatory approach may reduce the speed by which financial organizations can address the risk management issues that are important for stability and survival in the current volatile environment.” Cant says there is a need to formulate more robust risk management strategies sooner rather than later.

More than 80% of firms surveyed believe that the global crisis was caused by businesses focusing too much on short-term profitability. More than 70% of those responding to the survey blamed the use of similar pricing and risk models as contributing to market volatility. More than 75% said there was a lack of appropriately skilled people at the right level in the financial services industry, which led to ineffective risk management.