China and Brazil appear to be joining forces in an attempt to unseat the dollar as the de facto global reserve currency. 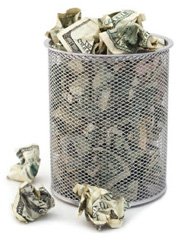 According to Brazil’s central bank, the two countries are actively discussing trading with each other using the real and the renminbi instead of the dollar.

Their latest move comes on the heels of other efforts by the world’s biggest emerging markets to establish a viable alternative to the dollar for international trade. The current attempt to erode the greenback’s global dominance began in the run-up to the G-20 summit in London when China suggested that the International Monetary Fund’s Special Drawing Rights (SDR), an international reserve asset that draws its value from a basket of currencies, be gradually phased in as the main global reserve currency. Russia was a vocal supporter of the idea, while South Korea and South Africa have also backed calls for a new global reserve currency. A United Nations panel is proposing to expand SDR into something resembling the ECU, or European currency unit.

Concerns about the ever-burgeoning US budget deficit have also come back to haunt the dollar, with ratings agency Moody’s warning that the United States is at risk of losing its triple-A credit rating if it does not clean up its finances. A worsening financial outlook has increased spreads on credit default insurance for US treasuries, and with emerging markets such as China being among the largest holders of US treasuries, the People’s Bank of China and Chinese leaders have repeatedly expressed reservations about the impact on the dollar of the US’s declining creditworthiness.

With the US government under pressure to spend more on healthcare and social services, the expectation is that US public finances are only going to get worse. There has been talk for some years of emerging markets diversifying their FX reserves away from dollars; however, up until now that has purely been conjecture. Yet in the midst of the worst recession since the 1930s, which has seen the US economy and the dollar take a battering, emerging markets continue to flex their newfound muscle.