Companies are taking a second look at electronic invoicing as they begin to evaluate longer-term efficiency and cost reduction programs for the financial supply chain. 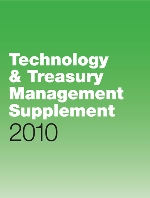 With the treasury and cash management technology market maturing and implementation simplifying, and as companies begin to look at longer-term investment in IT, e-invoicing is once again sparking increasing interest, both for stand-alone projects and as part of broader financial supply-chain electronification. Once lauded as a simple and easy way to garner savings in the financial supply chain, the recent slowdown initially saw e-invoicing become the project most likely to be mothballed. Now e-invoicing projects are being dusted off and re-evaluated as companies search for deeper ways to reduce costs—and build their reputations as green operations.

Although e-invoicing technology has been in the market for a long time, penetration is still low. Christian Schaeffer, product head of financial supply chain management EMEA at Deutsche Bank, says: "What you see is penetration levels in the area of 2% to 10%, so basically nine out of 10 invoices sent out are still paper." The cost and time for implementation and the need to get vastly different suppliers on board has made it a difficult proposition in the past.

However, more companies are starting to participate in e-invoicing schemes, either as a project in its own right or as a stepping stone to a larger financial supply chain retooling. "Interest in e-invoicing was flat coming into the economic crisis, and then during the crisis, with the whole concept of cash is king, the real focus became improving cash management," says Steve Sprague, a spokesperson at solution provider Crossgate. "People began looking at how they could take advantage of discounted prepayments, and e-invoicing started to regain interest."

Part of the reason for the dip in activity was that during the crisis companies wanted an immediate return on any investment. They were seeking opportunities to reduce costs but looking at costs on the very short term. "These programs help reduce costs but the implementation schedule could be a year or two," Schaeffer says. "They were looking for an immediate significant effect, so the economic environment was not in favor of e-invoicing over the last two years."

Coming out of the crisis, the acceptable turnaround period for payoff on IT projects has begun to lengthen again. As a result, companies are looking more seriously at the benefits of electronifying all or part of their financial supply chains with solutions such as e-invoicing.

A Desire to be Lean and Green
An increasing focus on corporate social responsibility (CSR) is also a big driver of interest in e-invoicing and other paper-reducing schemes. "Companies are looking to reduce the expense associated with paper invoices and purchase orders, but they are also looking at it as part of their sustainability drive. They are starting to see it as a way to reduce the pounds and pounds—or trees and trees—of paper invoices they are receiving," says Hubert Jolly, managing director and global head of commercial cards and procure-to-pay for Citi Global Transaction Services. Joseph Pacor, a solution expert at SAP, adds, "The desire to be green and lean at the same time is starting to generate a lot of interest in solutions for e-invoicing."

Another big driver is the need for greater clarity and visibility for regulatory purposes. Nancy Atkinson, consultant at Aite Group, says: "With Sarbanes-Oxley, the accounts payable [AP] side grew far more interested in electronic invoicing. They realize that they are wasting a lot of time when they have such a manual process." Data automation allows a company to have increased control and improved ability to monitor and report performance.

But the biggest driver is still cost savings. By electronifying invoice creation and transmittal on the supplier end, and receipt and processing on the buyer end, it allows a company to automatically pull that data into its AP systems and other in-house systems such as enterprise resource planning (ERP). The most immediate saving is, of course, removing the cost of sending, handling and storing paper invoices.

In addition, with the wealth of information that buyers glean from the e-invoicing system, they can better take advantage of prearranged discounts by ensuring invoices are paid on time. They can use that data to negotiate better terms with suppliers, and they can also look at dynamic discounting, where a buyer and supplier can actively change payment terms to increase discounts for the buyer in exchange for faster payment.

"We are seeing clients going into e-invoicing for the benefit of having dynamic discounting," says Jolly. "Clients accumulated cash during the crisis and in turn would like to make use of that by extending cash to suppliers and getting a discount in return for early payment." So they use up some of the cash they have stored to pay suppliers earlier, and in exchange take advantage of discounts that they work out with suppliers as they go.

Electronic Invoice Creation Takes Off
There are various ways that invoices can be electronified. In the past many suppliers balked at changing their processes, and solution providers offered either paper invoice scanning and data capture or a portal where suppliers could go to manually input invoices. Both these processes continue to be used, but both are inefficient and do not fully automate data flow.

"The days of using OCR [optical character recognition] or scanning technology to handle paper invoices seem to be on the way out," says Shan Haq, global vice president of marketing at e-invoicing firm Transcepta. The next phase is to move suppliers to electronic invoice creation, rather than electronification after the fact. The business case for suppliers is clear, as it creates cost savings on sending invoices, faster payment and better data and data integration. And the technology available to connect suppliers is getter simpler, driving down the time and cost from a supplier's perspective. This is a critical change for the market, and one that could help it expand sharply.

Slow uptake and penetration is the result of the complex nature of implementation projects—the time and resources that must be invested before pay-off begins, the difficulty in getting suppliers on board and the kicking off of the network effect—where there is a certain critical mass of penetration that must be reached before its acceptance starts to multiply rapidly. "Many big innovative advances have been stalled by the need for the network effect to take hold. This is a key driver in the market," says Schaeffer.

Building internal consensus for the business case and articulating that well up the management chain was also a big challenge in the past. But now many senior executives are much more on board and may even be driving the initiative, given increased global awareness of the advantages of electronifying the financial supply chain.

Schaeffer adds that the sheer number of possible providers can make it difficult to select a technology partner. "There are a lot of providers in the market, so it may be unclear who to choose," he says. "In addition, there may be concerns over the legal environment and the applicability of e-invoices, especially if they are going cross border. So, many companies are still hesitant to implement a program."

But many countries are working to deal with the issues of cross-border legal and regulatory discrepancies, issues around taxation, and country-specific rules around invoice standards. "So far the most advanced markets are in the Nordic countries. But the US market is starting to pick up, especially as large corporates start to show the way for others," says Esa Tihilä, senior vice president of connectivity services at Basware. "This is the same with large European markets, such as the UK, Germany and France. Companies are really making the effort to move from paper to electronic formats."