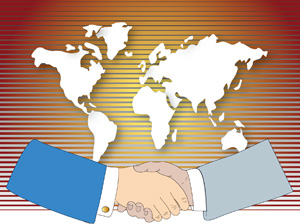 Mergers and acquisitions in emerging markets are heating up, and China and India are at the center of a bidding war for global resources, especially energy and metals, that is boosting cross-border deals. M&A; transactions involving companies based in emerging markets more than doubled in the first quarter of 2010 compared to the same period a year earlier, according to Thomson Reuters.

Africa has been one of the major battlefields in the quest for resources, and it remains so, but the competition for hydrocarbons is global. It spread deeper into North America in April when Sinopec, the international arm of China Petroleum & Chemical, snared a $4.65 billion stake in the Syncrude Canada oil-sands project from Houston-based ConocoPhillips. Meanwhile, India-based Reliance Industries agreed to pay $1.7 billion for a 40% stake in a joint venture with Pittsburgh-based Atlas Energy that will extract natural gas from one of the larger shale formations in the northeastern United States, known as the Marcellus Shale.

Two of the three largest M&A; transactions in the Americas in March involved state-owned oil companies from China and India buying into energy properties in South America. The Indian government approved an investment of $2.2 billion over the next five years by three state-run oil companies in Venezuela's Carabobo oil-field acreage. Meanwhile, CNOOC, China's national offshore oil company, agreed to pay $3.1 billion to buy a 50% stake in Argentina-based oil-producer Bridas, in CNOOC's biggest overseas acquisition to date.

China is extending its influence in Latin America with huge "soft loans" provided by the state-owned China Development Bank. It promised $20 billion in loans to Venezuela in April. President Hugo Chávez said Venezuela will use the funds to build new power plants, highways and other infrastructure and will repay the loans by supplying China with oil. Petrobras, Brazil's state-controlled oil company, received a similar $10 billion loan last year from China Development Bank and is seeking another $10 billion to be repaid in oil.

National Security Issues
In August 2005 CNOOC withdrew an $18.5 billion offer for Unocal, one of the largest independent US oil and gas producers, after US lawmakers complained that the deal could threaten national security. Last year CNOOC acquired stakes in the Gulf of Mexico from Norway's Statoil, making its first entry into the oil reserves in the gulf.

"The US government is tracking China's activities closely and will jump in when they are considered a threat," says John Bender, managing director of Bender Consulting, a San Francisco-based global consulting firm that focuses on the energy and technology industries. "China continues to emerge as a world powerhouse," he says. "Expect to see upward of $50 billion in M&A; activity out of China for 2010."

China is the world's second-biggest energy consumer after the US, and it recently surpassed the US as the world's biggest automobile market. India already has an energy and power shortage. Its energy consumption has been growing and is being met by increasing reliance on oil. India lacks the resources to meet its current needs and is expected to import 90% of its oil by 2030.

Head-to-Head Battle
"India is severely energy constrained, and it is getting more aggressive in overseas acquisitions," Bender says. "It is in head-to-head competition with China and the international independent oil companies."

The share of emerging and developing countries in world gross domestic product is expected to overtake the developed countries by 2014, according to the International Monetary Fund. Asian M&A; deals outpaced European-
targeted activity in the first quarter of 2010 for only the second time on record, Bender says. "There are more than 800 companies in China that have expressed global aspirations in the last three years," he says. This includes companies in energy and natural resources, technology and consumer products, Bender says.

Confidence Improves
"Indian M&A; is certainly on the increase, as is the acquisition of Indian companies by international companies," says Ian Brent, partner and head of corporate at London-based international law firm Davies Arnold Cooper. This is in line with a general recovery in the global M&A; market in the first quarter, as confidence improves and the global economy rebounds and financing is more readily available, Brent says. "The general mood in the market has improved," he says. "There are more buyers around than sellers, and there is optimism in the market."

After avoiding the M&A; market for two years during the global recession, companies based in India are once again considering acquisitions as a means of boosting growth, according to Ernst & Young's latest Capital Confidence Barometer. Some 54% of the Indian companies surveyed in April said they were likely or highly likely to acquire other companies in the next 12 months. Ernst & Young surveyed 58 mid- to top-tier companies. The firm said confidence is growing in Indian mergers and the focus is shifting away from divestments and toward acquisitions.

Pent-Up Demand for Deals
"With greater liquidity, we are seeing companies more willing to make acquisitions that they had previously deferred," says Ranjan Biswas, Ernst & Young India partner and national director of Transaction Advisory Services. A global survey by the firm found that credit conditions in the BRIC countries (Brazil, Russia, India and China) have improved significantly over the past six months compared to the developed markets, which have experienced a marginal improvement in credit conditions.

Most companies are making strategic deals and are not interested in making large acquisitions outside of their core businesses, according to Bender of Bender Consulting. "They are also looking to acquire technology and to create global brands," he says. Bender was previously a senior director in Hewlett Packard's strategic change office and played a key role in the firm's acquisition of Compaq Computer.

With improvement in the capital markets, larger deals are back in vogue for 2010, Bender says. "The deals being announced are aligned with corporate strategy and are initiated by companies within the same industry seeking complementary businesses or entries into market adjacencies to achieve dominant positioning in their business category," he says. "Deal scrutiny by company boards remains very high."

Meanwhile, the outlook is improving for private equity investment in emerging markets as economic growth picks up, according to IFC, a member of the World Bank Group. The developing world's faster growth and lower debt burden makes it less vulnerable to cyclical downturns, and a more attractive destination for private equity, says Lars Thunell, executive vice president of IFC.

"It is the early stages of a recovery that are the most promising times to invest for private equity," Thunell told IFC's annual global private equity conference, which was held in Washington last month in association with the Emerging Markets Private Equity Association.

"Private equity in developing countries is based on growth, not leverage," Thunell says. "It is not as risky as people think."

* Figures may not add up, as more than one bank typically obtains credit for any one transaction. Source: Thomson Reuters