Emerging markets have been credited with saving the world’s economy from catastrophe with their resilient exports. Now they’re exporting a different product that threatens to stop the global recovery in its tracks: Inflation. 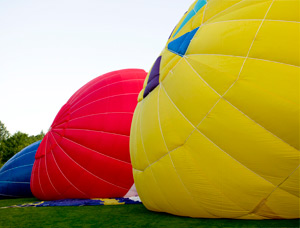 Over the past two years, emerging markets—most notably China, India and Brazil—have been cast as the saviors of the global economy. They have also appeared seemingly immune to the problems of subprime debt or massive government deficits that have plagued the developed world. Instead, they have battled valiantly to restore global growth and, in the process, have assumed a new status in the worldwide economic hierarchy.

Now cracks are beginning to appear in the façades of China, India, Brazil and other leading emerging markets. The specter of inflation threatens to undermine these countries’ hard-won reputations for economic discipline and erode their international competitiveness. There is growing concern that increasing emerging-market inflation could also affect the developed world and destabilize the nascent global economic recovery.

“Global inflation has doubled over the past year, from about 2% to more than 4%, and in many countries has risen to levels well above those desired or targeted by central banks,” explains Tom Mayer, chief economist at Deutsche Bank. “The problem for now is centered primarily in emerging market economies, but not exclusively so. Inflation pressures are beginning to spill over into industrial countries as well.”

While fuel prices—most obviously oil—are important in emerging markets, given that their growth is more energy-intensive than developed countries’, it is incorrect to assume that inflation is being driven mainly by higher energy costs. “Most leading emerging market countries, such as China and India, subsidize fuel prices significantly, so they are not inflationary,” says Maarten-Jan Bakkum, global emerging-markets equity strategist at ING Investment Management (ING IM).

Instead, inflation in China, India and Brazil is being driven mainly by two components. The first is food prices. “Food prices are hugely important for emerging markets,” explains Marco Annunziata, chief economist at General Electric. “Often food represents more than a third of the consumer basket used to calculate CPI, reflecting the large proportion of wages spent on such items.”

Although food prices have risen sharply in many emerging markets, some observers believe their impact on inflation will be relatively short-lived. “Food prices in India will fall as supply adjusts to changes in demand. As the shift from grain and lentils toward dairy and fresh produce is reflected [in supply patterns] food prices can be expected to fall, although there will be a lag,” says Bakkum. “In the short term, that fall could be reinforced if the monsoon in India is good, as is expected.”

The second factor driving inflation is the growth of emerging market economies themselves, which is pushing core inflation higher, according to Bakkum. “In China, for example, it has risen from close to zero to 3%,” he says. “So even without food, there’s a growing structural problem that reflects growing housing costs and a general increase in the price of goods.” Annunziata agrees: “In emerging markets, growth and lower unemployment have produced opportunities for wages to rise in response to core prices rising,” he says.

In India, for example, the structural challenges facing the economy are acute and show little sign of lessening. “The growth of India has led to a significant challenge of finding capable people at every level,” says Parag Saxena, founding general partner and CEO of emerging Asia growth capital firm New Silk Route. “That shortage results from deep-rooted problems relating to education and is driving wage inflation, which consequently impacts everything.”

Views on the effectiveness of central bank action in tackling inflation in leading emerging markets are mixed. “The Indian central bank is concerned mainly with structural inflationary pressures, such as anticipated 15% wage growth as a result of a tight labor markets, and has consequently been hiking rates for the past year,” says Bakkum. Since March 2010, India’s reverse repo rate has risen nine times—by a cumulative 250 basis points—to reach 7.25% in May this year. “Rates could easily go to double-digits,” predicts Saxena.

Despite this series of rate hikes in India, overall annualized inflation, measured by wholesale prices, was still roaring along at 8.98% in March. That was slightly lower than Russia’s inflation rate of 9.5%, but well above fellow leading emerging markets Brazil, which saw inflation a shade over 6%, and China, whose inflation rate hovered around 5%. So, while headline interest rates may appear high in many emerging markets, real interest rates—adjusted for inflation—remain relatively low.

Authorities in China have taken some welcome steps by withdrawing liquidity and normalizing monetary conditions in the post-crisis period, but real interest rates in China remain negative, and therefore money continues to leave deposit accounts and seek returns in real estate or equities. Similarly, Saxena notes that investment in India has fallen “as it is easier in the current rate environment to make money in the debt market, for example, rather than through direct investment.”

The explanation for the reluctance of leading emerging market countries to raise rates faster is straightforward. “In order to combat inflation, lower rates of growth are necessary, and that is often not politically acceptable,” says ING IM’s Bakkum. Chamie at RBC agrees that “politicians always believe that above-trend growth is possible without a significant impact on inflation” and are often unwilling to comprehend the consequences of their actions.

Chamie questions some aspects of the approach taken by China’s authorities to try to control inflation. “In recent years China has increasingly experimented with unorthodox monetary policy—such as changing reserve requirements—that don’t have the same dampening effect as rate rises,” he says. Chamie likens some of the measures used in China to alternative policies used in developed countries during the 1970s that sought to control prices directly or limit wage increases. “Such measures exacerbated the deterioration of the economies concerned,” he says. “The current problems in China are not on the same scale, but they risk repeating the mistake of assuming there is such a thing as a free lunch in relation to inflation.”

Annunziata at GE, however, dismisses such a comparison. “China’s moves to increase reserve requirements and tighten conditions on lending to slow credit growth, for example, are appropriate because the way the economy is set up limits the impact of rate rises,” he says. “Similarly, the more extensive use of rate rises in India is appropriate because the financial markets are more sophisticated than in China, and the impact of rate rises is therefore greater.”

The inevitable consequence of ineffectively addressing increasing inflation in leading emerging markets is that their economies will overheat. “The failure to deal with inflation will result in increased volatility in emerging market cycles,” says Chamie at RBC Capital Markets. “It may mean that there are three or four cycles in emerging markets to every full cycle in developed markets.”

In practical terms, this means that countries have to go through multiple series of rate hikes. “It won’t be a catastrophe, but persistent emerging market inflation could lead to imbalances in countries’ trade and capital accounts,” says Chamie. Such instability could begin to erode the competitiveness of leading emerging markets by affecting growth and dynamism. “Emerging markets will not find themselves in the same advantageous position they have enjoyed over the past ten years,” Chamie adds.

Not all emerging market countries will be affected by increasing inflation in the same way or to the same extent. Saxena at New Silk Route remains confident that China is addressing its structural problems with sufficient vigor to be able to maintain competitive pricing and consequently may experience only a brief reduction in competitiveness as a result of wage inflation. Moreover, he says, although businesses in India, such as call centers and software developers, tend to depend on wage arbitrage for their competitive advantage, increasingly companies are looking to expand their sales within India in order to tap its huge domestic market: Therefore any loss of competitiveness resulting from inflation could prove relatively unimportant.

For developing countries, the long-term impact of higher inflation in emerging markets could be profound. In mid-March, Bruce Rockowitz, president of Li & Fung Trading—one of the most important global suppliers of goods, with firms such as Wal-Mart among its customers—made a statement that vividly highlighted the fact that the era of constantly falling prices for goods from China is over. He said, “The biggest topic on the minds of everyone in this business is that higher prices are really here to stay.”

The change is significant given the experience of recent decades. “For a long time emerging markets such as China exported deflation of 2% to 3% a year, allowing developing countries to offset domestic inflation and grow faster than they otherwise would without creating inflationary pressures,” says Bakkum. “Now emerging markets have begun to export inflation of around 1% a year.”

Chamie says that in the short term the impact on developed markets will be limited: “Developed countries currently have high unemployment and are deleveraging, so for at least the next five years, inflation is unlikely to take off.” Bakkum agrees: “They currently have limited inflation and therefore they can probably handle it,” but adds, “at some point in the future, it could prove a problem.”

Inflation in leading emerging markets such as China, India and Brazil is derived from a combination of short-term factors and long-term structural changes and could be difficult to combat because of politicians’ reluctance to hamper growth. Given high unemployment and continued deleveraging, increased emerging markets inflation will take time to feed through to developed markets, but it could have profound consequences for their capacity for non-inflationary growth. Ultimately, however, the broader shift of the global economy toward emerging markets could mean the potentially restricted growth capacity of developed countries is less important to the stability of the global economy than might otherwise be the case.