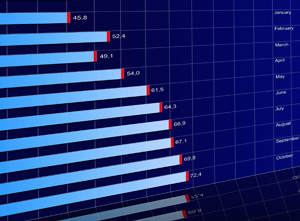 Erik Lehtis, president of Chicago-based Dynamic FX Consulting, has experienced firsthand how electronic trading has transformed the $4 trillion-a-day foreign exchange market. “There are now more options than ever before for trading FX electronically,” says Lehtis, who started trading spot FX in the 1980s, when most trades were still voice-brokered. It was a far cry from the high-frequency trading that is the latest innovation from the equities markets that has carried over into FX.

Today there is a multitude of platforms—proprietary, single and multibank—for trading FX electronically. The different platforms support a range of trading styles, such as request-for-quote, request-for-streaming and anonymous ECN, and cater to an array of market participants ranging from corporate treasurers, institutional investors, banks and hedge funds to retail traders. Research firm Greenwich Associates estimates that electronic trading represents 57% of global foreign exchange trading volume. Banks account for the majority of electronic trading (92% of their transactions are conducted on e-trading platforms) compared to 66% for asset management firms and 50% for corporates, according to Boston-based research firm Celent.

As electronic trading platforms attract an ever-widening range of market participants, the FX market has grown substantially. The Bank for International Settlements’ triennial survey put average daily global FX turnover in April 2010 at $4.0 trillion, compared to $3.3 trillion in 2007. The BIS report attributed higher global foreign exchange market turnover to increased activity by what it calls other financial institutions, which include “nonreporting banks,” hedge funds, pension funds, mutual funds, insurance companies and central banks. Daily turnover by so-called other financial institutions reached $1.9 trillion in April 2010. According to research firm Celent, for the first time in 2010, trading activity by “other financial institutions, which constituted 45% of total activity, surpassed that of reporting dealers (39%).”

Nowhere is the electronic-trading-enabled growth in the market more apparent than in the area of high-frequency trading. Research firm Aite Group predicts that HFT will exceed 40% of overall FX trade volume by the end of 2012. High-frequency trading, which started out in the equities markets as an offshoot of algorithmic trading, involves a large number of orders being sent into the market at high speed. Lehtis says HFT requires considerable software engineering as market data need to be streamed from a number of sources. “[HFT] is an arms race,” he says, although he points out that HFT in FX is not as sophisticated as it is in equities trading.

"As it stands, the direct impact
[of regulation on spot FX] will be
limited"

"Having said that, trading continues to shift to multibank portals because it is better for the customer" – Harpal Sandhu, Integral Development

Lenore Kantor, a senior director at the multibank trading venue FXall, says HFT is an important client segment. HFT activity on FXall was boosted by the platform’s acquisition last year of LavaFX from Citi. The LavaFX acquisition also gave FXall’s customers access to more-advanced order types, which Kantor says are proving attractive to a growing range of customers. “There is increasing interest in using automated execution strategies and managing FX in a more active way,” she explains, even from corporate treasurers who are starting to explore the benefits of advanced order types such as discretionary and iceberg orders (where only a portion of the order is publicly disclosed).

The rise of algorithmic trading in FX is also having an impact on the size of individual trades. According to Celent, the average spot FX ticket size declined from $4.3 million in 2004 to $1.8 million in 2011. “Consequently, the average daily number of trades went from 86,000 in 2004 to 498,000 in 2011,” says Celent. It attributes this trend to the rise in algorithmic trading, increased trading activity by financial institutions other than dealers, and rapid growth in the retail FX sector.

Giles Nelson, deputy chief technology officer of Progress Apama, which provides algorithmic trading solutions—or “algos”—says banks are using its platform to build FX infrastructures that allow them to trade “smarter, quicker and more profitably.” Banks are also using algos for “price spreading and skewing,” which, Nelson says, enables them to price their products more competitively in a streaming FX-pricing model. Apama also provides an FX market aggregation accelerator, which enables FX trading strategies to be more rapidly deployed across “fragmented liquidity pools.” For example, Nelson says, aggregation accelerators can show the top one, two and three prices for every currency pair at any given time and then route trades to obtain the best price.

Multibank FX venues bring together aggregated FX flows from a number of different banks, but Nelson says more-sophisticated FX market aggregation tools are enabling even medium-size banks to create their own form of aggregation instead of relying on multibank venues. Yet, Harpal Sandhu, president and CEO of Integral Development, which provides automated FX-trading solutions, says the multibank portals continue to appeal to educated customers who have access to credit so that they can trade with multiple banks simultaneously. He says single-bank FX portals have not really advanced very much over the past few years with the exception of some versions of “pseudo” order books. “Some banks have been offering versions of an order book co-mingled with their market-making prices to customers, which may allow for better fills, but this is very confusing as the banks are mixing their ‘spread’ business [market-making] with a ‘fee’ business of being a platform or exchange,” he commented.

Despite the proliferation of electronic foreign exchange trading platforms, the market is still largely based on bilateral credit agreements, which exist for every transaction that takes place. Lehtis says different banks have their own standards for granting credit to customers and managing the associated risks. “There is no formal mechanism for smoothing out positions, and even though not a lot has gone wrong yet, the regulators are concerned that this bilateral system is inefficient,” he explains. Single-bank FX platforms are also “opaque” he adds. “You see a price but you don’t see an order book, and if you miss the price you don’t know why. [Single-bank platforms] may be the first thing that goes if the regulators get a little fussy.”

In both Europe and the US there is considerable debate among regulators as to whether over-the-counter FX trades should be subject to the same central clearing requirements as other derivatives. However, Sandhu of Integral says FX derivatives were exempted from central clearing and the use of swap execution facilities under the Dodd-Frank Act in the US. “As it stands, the direct impact [of regulation on spot FX] will be limited,” he says. “Having said that, trading continues to shift to multibank portals because it is better for the customer.”

Kantor of FXall believes multibank platforms are well placed to deal with the changing regulatory landscape, particularly in terms of regulation that talks about multiple participants being given the opportunity to price a trade. “This plays to the strengths of FXall, which gives clients access to best prices across all liquidity pools,” says Kantor. “We are not trading as a principal, so customers that use our platform are getting greater visibility of the market.”