Take-up of mobile banking services is accelerating as services—and the devices they run on—become ever more sophisticated. 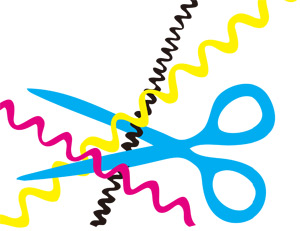 At an annual gathering of the world’s largest corporate and investment banks held in Amsterdam late last year, the iPad was the latest must-have accessory. Even the CEO of the gathering’s organizer, SWIFT, a Brussels-based, bank-owned telecommunications network that replaced outmoded technologies such as the telex machine in banks’ back offices, was seen furiously typing away on the tablet.

SWIFT and the global banks it represents are not normally known for being at the forefront of technology, particularly in the corporate banking space, which often lags the retail market when it comes to adopting solutions based on mobile or handheld devices. However, at the SWIFT conference there was substantial buzz about mobile technologies. Various financial software vendors and banks announced mobile corporate banking applications that would enable end users to remotely access a wide range of functions, including account and transaction information, remote authorization of payments, e-invoices, letters of credit and other trade documents and even information on corporate actions notifications.

“Corporates are starting to demand these [mobile] types of solutions,” says John Mitchell, vice president of sales for Luup, which provides mobile solutions for banks. “CEOs and CFOs have smartphones and are starting to see the potential for real-time interaction and on-the-go-type capabilities that they don’t get from existing banking systems today.”

According to an October 2010 Aite Group survey of more than 300 treasury executives worldwide that was sponsored by transaction banking solutions provider Fundtech, more than 40% of treasurers surveyed indicated they were “likely” or “very likely” to use mobile banking services, and more than 55% expressed an interest in using mobile devices for more advanced functions such as approving transactions (including wire and payroll) and initiating payments. The survey also indicated that security was a concern for more than 65% of treasury executives. “ I think mobile banking will roll out quickly if we can get over the security hump and convince people [mobile banking] is secure,” says Rhys Jones, chief innovation officer at Fundtech.

Although there is clearly corporate demand for mobile banking solutions, not all banks, it seems, see the business case for implementing them. “We’ve had approaches by non-financial entities looking for solutions for their end customers,” says Mitchell of Luup. “They have multiple banking relationships on an international basis, but they are not seeing a solution being provided by their corporate banking entity as yet.”

Early adopters in the mobile corporate banking space, such as Wells Fargo with its CEO Mobile service, which was piloted as early as 2007, took the leap of faith without building a rigorous business case. “We just had a gut feeling that everyone was going to use cell phones,” says Steve Ellis, executive vice president, Wholesale Banking Group, Wells Fargo. Standard Chartered was among the first to introduce a mobile corporate banking solution in 2009, not so much in response to customers asking for it, says Thomas Wiles, director of transaction banking, but because it anticipated client demand for a solution that could make certain treasury processes more efficient.

At the SWIFT conference, Standard Chartered launched two new iPhone apps—Mobile Authorization and Trade Enquiry Service. Explaining the rationale behind its Trade Enquiry Service app, Wiles says, “A number of banks in the US and Europe outsource their letter-of-credit processing to us to support their corporate clients’ Asian business growth. They need to know what’s going on so they can service their clients better. We developed an application organized around their customers’ transactions so that somebody in the UK, for example, can see what is happening with a letter of credit, or if it is a time-sensitive high-value transaction, they can search for a client’s name and see what documents are presented.”

With its base in developing markets such as Asia and Africa, which enjoy the highest ratio of mobile phones to bank accounts, Wiles says Standard Chartered was always “out in front” when it came to introducing mobile capabilities. However, in 2009 when it launched its SMS-based corporate banking application, take-up was limited. That changed, however, when smartphones and the iPad emerged. “Within a few months of the iPhone launch, more than 10% of the eligible user population downloaded it, and that was with virtually no marketing effort,” says Wiles.

Deutsche Bank’s Global Transaction Banking division partnered with mobile solutions provider Luup in 2009 to launch a cross-border mobile payments service for its banking and corporate customers and to develop other value-added mobile corporate banking applications. “Deutsche Bank identified stronger demand coming from developing markets rather than developed markets,” says Mitchell of Luup, “In some of these countries roads are poor and retail utilities are few and far between. So if they can do real-time invoice presentment and payment at the point of interaction on a mobile device rather than receiving and transporting cash payments for an invoice, that is going to be much more efficient, secure and cost-effective.”

If banks are to truly make their mark in mobile payments, Wiles says, “a go-it-alone strategy will not work.” Most of the mobile money transfer services developed by telephone companies are what Wiles refers to as closed-loop—they operate only within a certain region and are not open. To open the loop, he says, telcos need to work with banks and the bank-supported international payment system.

That, however, may be easier said than done. Although some banks may be happy to partner with mobile network providers, not all see them as natural bedfellows. “Both banks and mobile network operators see the customers as theirs,” explains Mitchell. “The network operators understand the device, and the banks can engender a level of trust and regulatory governance. They both want a piece of this massive pie. The question is, Will the network operators or the banks be disenfranchised?” Mitchell says the solutions Luup provides are “agnostic” and recognize the part both parties play in this space.