Last year was a landmark year for Islamic finance—innovative new products were launched and new markets opened up that few would have considered likely candidates just a few years ago. 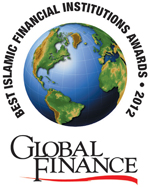 These trends look set to continue in 2012. In May 2011, Oman permitted the establishment of Islamic banks in the kingdom, which will see a number of Islamic windows and fully-fledged Islamic banks roll out services in the coming months. Although the religious divide in Nigeria was exacerbated by recent attacks in the country, Jaiz Bank braved the hostile political climate to become the first licensed Islamic bank in Nigeria. In Germany, WestLB launched an Islamic Strategy Index Certificate based on the value of the WestLB Islamic Deutschland Index. While there is no Islamic credit or deposit business in Germany, Turkish Islamic banking provider Kuveyt Türk plans to develop a fully fledged Islamic bank in the country. Currently it maintains a representative office in Mannheim but does not offer any Islamic products directly to the German market. France continues to flirt with Islamic banking, with Morocco's Chaabi Bank reportedly providing a shariah-compliant deposit account for small and medium-size enterprises. Chaabi aims to provide a full suite of Islamic banking products by the end of this year.

In India the Reserve Bank does not permit Islamic banks. However, a landmark judgment by the country's high court upheld the Keralan government's decision to develop an interest-free nonbanking financial institution that will invest in infrastructure projects in the region.

Still it is clear that a lot remains to be done in a number of countries with significant Muslim populations to ensure that the regulatory infrastructure does not put Islamic financial institutions at a disadvantage to their conventional counterparts. A number of banks that have won in this year's awards are pioneers in the countries in which they operate, and as their markets open up, they are likely to blaze an important trail for the development of Islamic financial services in these countries.

Talk of a Mega Islamic Bank, which was first mooted in 2009 at the height of the global financial crisis, has also resurfaced. The Mega Bank, which has the support of the Islamic Development Bank, will be established in Doha, Qatar in the not-too-distant future with start-up capital of $1 billion.

On the transaction side, 2011 saw increasing sophistication and maturity in the development of innovative Islamic financing structures. One of the highlights of the year has to be Malaysia's $2 billion Wakala Global Sukuk, which not only uses the innovative wakala structure—using an agency model for financing—but is also expected to provide a much-needed boost for sovereign sukuk issuance.

According to Asian credit market analyst RAM Ratings, sukuk issuance saw a resurgence in 2011, with a total of $85.1 billion issued—a 78% increase over the $47.8 billion raised in 2010. However, the Arab Spring uprisings that spread across the Middle East saw Gulf Cooperation Council sukuk issuance fall, compared with 2010. RAM Ratings pointed to Bahrain, where it said the absence of both corporate and sovereign sukuk was particularly noticeable. In the GCC countries Islamic financing is starting to make its presence felt in the area of project financing, with a number of deals seeing Islamic structures complementing conventional structures to help realize significant infrastructure investments in the region. Given Islamic finance's focus on asset-based financing, some Islamic banks took that a step further beyond the usual assets used, such as commodities or real estate, to include airtime sold by mobile phone companies to subscribers. Arguably, innovation is alive and well in Islamic finance, and innovative structures are being developed to meet companies' and investors' needs. 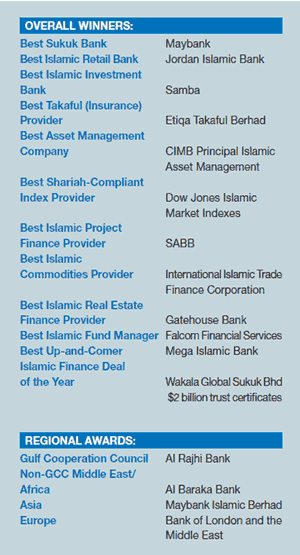 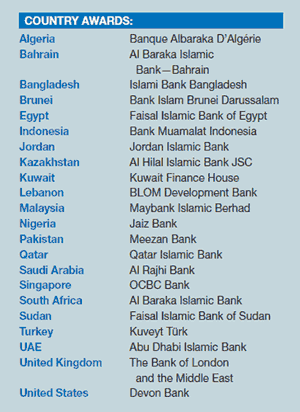