As the US inches closer to its elusive goal of energy independence, the economic ripple effect promises to leave no region or industry of the world untouched. 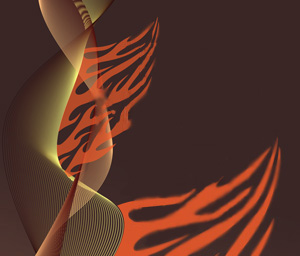 Few would argue the logic behind a Japanese trading company, with interests in the shipping of liquefied natural gas (LNG), paying $1 billion for a 25% stake in Samson Investment, of Oklahoma, last November. Itochu Corp obtained the rights to about 1 million tons a year of natural gas extracted at low cost by Samson, which is at least a decade ahead of its peers around the world in the commercial use of hydraulic fracturing, or “fracking,” technology. If US regulators approve plans to retask one or more of seven LNG import terminals as export terminals, Itochu hopes to build a new business exporting the cheap gas to Asia, where it trades at prices that are about eight times higher than the historically low prices now being seen in the US.

“The scale of opportunity will depend on the extent of flexibility the US government could provide on its energy exports,” says Daisuke Soda, an Itochu spokesman in Tokyo. “It may be fair to say that such increase in trade volume will vitalize the global market.”

An investment surge—not just by Itochu but also Sinopec of China, Total of France and Statoil of Norway—is just the beginning of the far-ranging global impact that Washington’s quest for energy independence will have. With proven natural gas reserves now about 50% higher than they were a dozen years ago, the US is well on its way to replacing much of the crude oil that it imports every year—at a cost of $500 billion to $600 billion—with shale gas from home. Fossil fuel producers, meanwhile, are also starting to adapt fracking technology to extract petroleum cheaply from source rock instead of from underground reservoirs of crude.

Over the next few years, no industry or region is likely to be left untouched by the ripple effects of what could well turn out to be the greatest paradigm shift the international community has seen since the end of the Cold War. “There will be strategic ramifications around the world that people are only just beginning to get their heads around,” says Mark Finley, general manager for global energy markets and US economics at British Petroleum America (BP) in Washington.

As discoveries of new deposits in th e US drive domestic natural gas prices down, energy-hungry manufacturing industries could return to the country they vacated in the 1990s in search of lower labor and land costs. Natural gas trades at $2 per thousand cubic feet in the US, which is about 90% lower than the peak it reached in 2005 and less than one-fifth of current prices in Europe. The first industry to return would likely be petrochemicals, which are used in the manufacturing of plastics. Cheaper natural gas would also translate into lower electrical bills in general, which could bring back other industries, from steel mills to assembly plants, according to several international economists interviewed by Global Finance .

A shift by the US to a gas economy would be felt most keenly in China, where exports made up 30% of gross domestic product from 2007 to 2011, according to the World Bank. China’s economy could take a hit if manufacturing starts to return to the US, which imports 28% of the power generation equipment, pulp, paper and other goods that China exports.

“The relative strength of China versus the US will be among the more important relationships that will be affected,” says Jan Stuart, head of energy research at Credit Suisse in New York. “The relative trade position of the manufacturing sector in the US is probably going to grow.”

But the impact on China could be mitigated even if the US curtails its imports. As do most oil refineries around the world, China’s petroleum refining industry stands to benefit from an increase in available global oil supplies. The world’s largest and most sophisticated refineries are no longer in North America or Europe—they are in China and India. These two countries have been replacing old plants with high-tech ones and expanding their domestic refining capacity to meet the insatiable demand for gasoline and other petroleum products used to fuel their meteoric economic growth rates. The Asia-Pacific region has a daily demand of about 30 million barrels of crude oil, compared with just 22 million in North America, about 65% of which originates in the US.

This ever-growing need could also offset effects in other oil-producing countries, should US demand slacken. “There are a lot of new places where oil suppliers like Saudi Arabia could send their oil,” says Vikas Dwivedi, oil and gas strategist at Macquarie Group, who is based in Texas. As a result, Saudia Arabia, the world’s largest oil producer, would see little economic impact even if the US, which currently gets 13% of its oil imports from the kingdom, were to stop buying, according to BP’s Finley.

Yet Saudi Arabia is still likely to bear witness to the most significant geopolitical shift brought about by US energy independence—a war-weary Washington’s disentanglement from Middle Eastern politics.

“I don’t know if at this point the US has very good friends in the Middle East,” says Stuart. “The US could afford to be less involved in areas of world where it was involved up to its neck.”

Of course, Washington can’t be expected to continue importing Saudi oil for political reasons alone, says Stuart. Regardless, US relations with the kingdom’s ruling family have been strained since the Saudis expressed abhorrence at the overthrow of dictatorships across North Africa over the past year and a half.

Saudi diplomats and Saudi Aramco officials did not respond to requests for comment for this article.

And then there’s the potential impact on Russia’s economy if any of those seven LNG import terminals in the US are retasked for export. Flooding Europe with competitively priced LNG would amount to a frontal assault on Gazprom, the Russian gas monopoly that supplies 20% of Europe’s gas needs. “This will mean, very likely, that the Russians will see some fall off in export earnings, which will not be good for their overall economy,” says Charles Ebinger, director of the energy security initiative at the Brookings Institution in Washington. Gazprom officials declined to comment for this article.

Few people in the energy industry expect American regulators to allow more than one LNG export terminal to go online. The fear, according to Ebinger, is that flooding Europe with cheap gas could drive US gas prices back up, defeating the purpose of energy independence. But he argues that the US could export gas to Europe without affecting domestic US prices because gas markets are not global; they are still regionalized by the difficulty and expense of transporting gas long distances.

The availability of cheap natural gas would also likely scuttle any plans for nuclear plants that have been on hold since the Fukushima nuclear disaster in Japan in March 2011, according to Ebinger. It could make it much harder for solar power, wind power and other forms of alternative energy to gain traction, as it would be harder for their proponents to demonstrate cost-effectiveness—a goal with which they already struggle. To become more cost-effective, alternative energy industries will need solid investment for a number of years yet. But how do their champions argue for that with cheap and easy energy right at the doorstep?

Cheap gas might also derail the “food-versus-fuel debate,” notes David Knapp, managing director of Energy Intelligence Research in New York, by undermining the business case for planting corn for use in relatively expensive ethanol fuel—a practice that has driven up prices for most agricultural commodities over the past three years.

The irony is that economists have long argued that energy independence is a flawed concept in a global economy. Arguments made on purely economic grounds have “no salience” at a time when American politicians are catering to voters who want to see their country avoid oil price shocks, explains Peter Van Doren, a senior fellow at the Cato Institute in Washington. But no country can avoid the impact, regardless of its net oil position. “Britain and Norway are net exporters [of oil], but they were no more immune to the effects of world oil shocks than we [Americans] were,” says Van Doren.

"The relative strength of China versus the US will be among the more important relationships that will be affected. The relative trade position of the manufacturing sector in the US is probably going to grow"

By itself, the US may never be able to meet all of its domestic energy needs. But North America as a whole—the US, Canada and Mexico—could actually achieve this lofty goal by the year 2030, according a BP study led by Finley. In Finley’s scenario, the US would import more oil from its two closest neighbors because they are politically stable and can move crude to Texas through pipelines that are cheaper to operate than the supertankers that bring oil from the geopolitically tense Persian Gulf. Canada is already America’s largest supplier of both crude oil and natural gas.The same goes for other regions that have plentiful shale gas deposits in addition to conventional reserves of gas and oil, such as Russia and a few of its neighbors from the former Soviet Union. Most are at least a decade away from successfully applying fracking technology. But before long, the world could well find itself divided into a handful of self-contained blocs of countries—and locked in a prolonged multiplayer race to perfect their respective visions of energy self-sufficiency.

The only certainty one can attribute to fracking is that, like any new technology at an early stage of being commercialized by multinationals, it is clouded in regulatory uncertainty.

In what was informally named the Halliburton loophole, after the petroleum services company that conducts fracking work under contract for gas producers, the Energy Policy Act of 2005 amended the preexisting Safe Drinking Water Act of 1974 to exclude fracking from the definition of "underground injection." That seemingly obscure revision led the environmentalist lobby in Washington to push lawmakers to confront fracking project managers and owners over polluted groundwater—water polluted, according to the lobby, as a result of fuel injected underground as part of the fracking process.

Lawmakers are feeling the pressure from both sides of the debate, and this is precisely the kind of uncertainty that could put on hold new investments in the US energy industry. While some US states appear to favor fracking at the moment, others seem to be moving in the opposite direction as pressure from voters and the media grows. As state legislators get in on the game and put in place their own set of fracking regulations—for better or for worse in the eyes of the industry—the investment picture becomes cloudier.

In May the federal government finally weighed in, with the Obama administration launching a proposed set of rules for chemical disclosures and standards for wells and wastewater disposal construction. Fracking proponents say the rules will create unnecessary bureaucracy and regulation should be handled by individual states, while critics say the proposed rules do not go far enough to protect groundwater from contamination. Whether they will take force remains to be seen, particularly in an election year.

"You might say, 'Sure, it's a big energy advantage, but I'm not sure we're comfortable with some of these other things, so we're going to build our new plant in Indonesia,'" says Vikas Dwivedi, strategist at Macquarie. It's not the threat of stricter environmental controls that will deter investors, Dwivedi explains. It's the lack of clear rules that will.