The expropriation of private assets in Argentina and Bolivia are a stark reminder of the risk of doing business in developing markets. 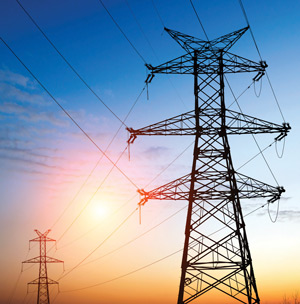 Nationalization of the political sort—as opposed to pragmatism designed to maintain a functioning banking system—was widely thought to be on its deathbed in recent years. With the exception of Hugo Chávez's Venezuela and Evo Morales's Bolivia, few states have seized control of assets. Indeed, even in Bolivia a lull in nationalization activity in the past year and a half led many market watchers to believe that Morales's appetite for government ownership of companies had been sated. All that changed in April when Argentina's government nationalized the energy company YPF, which was owned by Spain's Repsol. That move was swiftly followed by a speech on May Day—the international socialist holiday—by Morales that restarted Bolivia's nationalization program and targeted the country's grid operator, Transportadora de Electricidad (TDE), which is owned by Spain's Red Eléctrica.

The moves by the governments of Argentina and Bolivia were an unpleasant wake-up call for many companies that do business in strategically important sectors in Latin America: There are understandable fears that other firms could face a similar fate.

However, regional analysts say the nationalizations—although upsetting for Repsol and Red Eléctrica and undoubtedly negative for Argentina and Bolivia in the short term from an investment perspective—are unlikely to herald a new regional wave of asset seizures. The reason for this, according to observers, is that Argentina and Bolivia's motivations are quite different: There is no regionwide belief that economic salvation lies in nationalization.

The swoop on YPF came after weeks of grandstanding by Argentina's president Cristina Fernández. "Four months ago, nationalization was thought unlikely because the government had limited fiscal room for maneuver," says Christopher Garman, Latin America practice head and emerging-markets strategist at global political risk research and consulting firm Eurasia Group. "However, once provincial governments began revoking YPF's local licenses to devalue its assets, it became clear that nationalization was coming."

Karen Tramontano, CEO of Blue Star Strategies, a government relations consultancy, believes that YPF's nationalization has two principal drivers. First, the government hopes YPF will be an ongoing source of revenue to bridge the gap between its budget and its unsustainable social spending. "The second driver is nationalistic: Most other Latin American countries either own or control energy companies, and Argentina wants to follow suit—there is an element of national pride involved," she notes. Tramontano says that populism—especially the need to define an external enemy—and a drive for political control have prompted the nationalization.

However, unlike in Chávez's Venezuela, for example, ideology is relatively unimportant in Argentina. "The risk to YPF has always been proportionate to the energy sector deficit," notes Garman. Argentina faces a rising bill for energy imports and fuel subsidies (which are 4% of GDP) and the administration has chosen to blame the private sector for its macroeconomic problems.

Even if president Fernández is not bent on further expropriation of assets—analysts say there are no obvious targets—the risk to the private sector may increase because YPF's nationalization will worsen energy shortfall issues, which will in turn worsen the economic outlook and increase the risk of more private sector interventionism. "In addition, the manner in which YPF contracts were rescinded by local governors could open a Pandora's box at the provincial level: Governors now have an incentive to expropriate concessions, given they are stakeholders in the company," says Garman.

BUSINESS AS USUAL IN BOLIVIA

Bolivia is starkly different from Argentina. President Morales has a long track record of nationalization—almost all announced in May Day speeches—with a particular focus on energy. "The last wave of nationalizations included three electricity-generating companies and a distributor," explains Katie Micklethwaite, associate analyst, Americas, at global risk consultancy Control Risks. "TDE's nationalization fits squarely within the pattern established in previous years, although the government had not indicated that it would be targeted in particular."

"Once provincial governments began revoking YPF's local licenses to devalue its assets, it became clear that nationalization was coming"

Morales is ideologically in favor of nationalization in a way Fernández is not, but he is also more pragmatic than rivals claim. For example, having announced the nationalization of some mines last year, he backed off when workers resisted the move, fearing the impact on the country's major export earner. Morales is also said to be conscious of the damage expropriation has done—most owners of nationalized assets have received only partial or no compensation—to foreign investment in Bolivia.

"With TDE, Morales has acted to shore up support on the left," says Micklethwaite. "Governing in Bolivia requires support from a number of vested interests, and he has judged the nationalization essential to bolster his power base." So while Morales, the economic pragmatist, may recognize Bolivia is increasingly off limits for foreign investment—and can regret the fact—Morales, the political pragmatist, has done what he deems necessary. "Given changing political requirements, it's impossible to say no further nationalizations are possible, but there are no obvious targets at the moment," says Micklethwaite.

The actions of Argentina and Bolivia have invited an inevitable backlash from much of the world. Standard & Poor's has put Argentina on negative watch in response to the move, and Eurasia's Garman says that it will limit much-needed foreign investment in the exploitation of shale gas, for which YPF alone will not have the resources. Likewise, with TDE's nationalization Bolivia came under fire from John Clancy, European Commission trade spokesman, who said it sends a "negative signal to international investors." The nationalizations also raise the question of whether foreign investors could seek more in the way of guarantees against later expropriation—for what they may be worth—when investing in state privatizations in these countries and elsewhere.

Tramontano says Bolivia's action reinforced widely held views: "Countries like Venezuela and Bolivia have aggressively nationalized a range of industries [with an] approach that returns to a 1960s economic model." But she cautions that "Argentina appears to be trending towards the approaches implemented by Venezuela and Bolivia" rather than the more market-oriented approaches of Brazil, Mexico and Chile.

Nevertheless, while international companies should remain vigilant, both Tramontano and Garman agree that the nationalizations of YPF and Red Eléctrica do not foreshadow a regional trend and there are no countries where the risk of nationalization of energy or other assets is currently high. "Indeed, while imbalances in Venezuela—where large-scale nationalization has already occurred under Chávez—are becoming more acute, it appears that there is new momentum towards trying to attract new international investment," says Garman.

CROATIA: 1990 —with the breakup of Yugoslavia, the HDZ government under Franjo Tuđman nationalizes private agricultural property and rezones it. It is still being restored.

CUBA: 1959-1968 —after the Cuban Revolution the administration under Fidel Castro institutes a policy of expropriation of foreign-owned assets, and eventually all businesses are nationalized.

FRANCE: 1982 —president François Mitterrand nationalizes many "strategically important" assets in the banking, electronics and communications sectors. Most were reprivatized after 1986.

PHILIPPINES: 1972 —declaring martial law, president FerdinandMarcos nationalizes a number of firms, including PLDT, Philippine Airlines, Meralco and the Manila Hotel. They have since been reprivatized.

PORTUGAL: 1974 —the Junta de Salvação Nacional nationalizes banking, insurance, petrol and industrial companies after the Carnation Revolution. Many were reprivatized in the 1980s and 1990s.

RUSSIA: 1998 —The government under Boris Yeltsin seizes Gazprom assets, claiming that the company owed back taxes. After the government stake was reduced to less than 40% in the 1990s, it has since been again raised to 50% under Vladimir Putin.

SPAIN: 1983 —expropriation of Spanish conglomerate Rumasa—no compensation was given.

SRI LANKA: 2011 —Sri Lankan Expropriation Act, under which the government will take control of "underperforming or underutilized assets."

2001 —After 9/11 the airport security industry is nationalized and put under the control of the Transportation Security Administration.

2009 —financial bail out and state involvement in restructuring plans of automakers Chrysler Corporation and General Motors.