Bank Payment Obligations could change the way that companies manage their global supply chains, making it easier and safer to work with new suppliers in risky markets. But acceptance takes time. Standardized rules to be released by the International Chamber of Commerce could help boost their use. 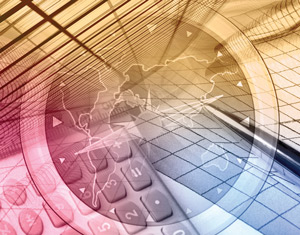 Global traders will have a sturdy new tool for their trade finance toolbox next year when the International Chamber of Commerce (ICC) places the seal of approval on new rules governing the electronic exchange of bank payment obligations (BPOs).

BPOs have the potential to change the world of trade finance by effectively acting as an automated letter of credit, bypassing the tedious document management and exchange process involved in a traditional LC with a much faster and easier alternative. Although BPOs won’t replace open-account trade finance arrangements—which provide a direct connection between a buyer and its supplier—they could change trade relationships between buyers and suppliers with a shorter history of working together, making it easier to enact trade in risky markets and set up new supplier lines.

The long, tedious process to develop ICC standards that banks can use to regiment the exchange of these payment obligations reached an important milestone at the annual Sibos technology conference in Toronto last fall: The chamber’s banking commission signed a cooperation agreement with global financial messaging provider, SWIFT—host of the Sibos conference—to recognize bank payment obligations as a trade instrument.

SWIFT’s Trade Services Utility (TSU) offers the required interbank messaging and matching utility for banks to handle their customers’ BPO transactions. The agreement paved the way for banks to use the SWIFT BPO rules as an automated alternative to traditional letters of credit for settling a trade transaction.

STANDARDIZATION IS KEY
The ICC’s network of national committees in about 70 countries is expected to sign off on the use of the BPO standards by the spring of 2013, says André Casterman, head of banking and trade solutions for SWIFT in Brussels, and co-chair of the bank payment obligations project of the International Chamber of Commerce in Paris.

The ICC was established in 1919 to ease the flow of international trade and helped shape the Uniform Customs and Practice for Documentary Credits. These rules governing letters-of-credit practices were first introduced in 1933 as UCP 100. The aim was to create uniformity in global trade finance rules and reduce confusion as individual countries promoted their own national rules on letters of credit. The latest version, UCP 600, is now in use around the world.

Banks need the BPO standard rules to secure their customers’ international receivables, says Casterman, adding that the BPO rules carrying the ICC seal of approval will ease the way for small and midsize companies to use this new trade instrument.

Dan Taylor, executive director of J.P. Morgan Treasury and Securities Services, says that by working together the ICC and SWIFT will help boost the role of the BPO in supporting international trade development in the 21st century. “By using electronic transaction data, the banking industry is preparing itself to better respond to the desire of corporate clients to accelerate financial processes and optimize working capital,” Taylor says.

SWIFT and the ICC have created a joint working group to establish the BPO as an industry instrument that is technology-neutral. The working group has created three subgroups to help carry out its work: a drafting group, which is working on a technology-neutral set of rules for the BPO; an education group to help inform bank and corporate executives about the benefits and processes surrounding the BPO’s use and the BPO utility in the TSU; and a commercial group to help banks and corporates actually utilize the BPO.

BETTER VISIBILITY, LOWER COSTS
Paul Johnson, senior product manager with the global trade and supply chain team at Bank of America Merrill Lynch, believes the use of SWIFT’s trade utility for BPOs will probably begin in the latter part of 2013 or early 2014, as the technology to implement the utility is mapped out. “Everybody sees the benefits,” says Johnson, referring to bank and corporate support of BPOs. They can provide improved liquidity visibility, time and cost savings and greater legal certainty—once the ICC issues its final rules in 2013.

“It has been a long process involving many discussions by participants over the years,” adds Johnson, referring to the complex negotiation banks and companies have gone through to agree on uniform rules for the new trade finance tool.

GAINING CRITICAL MASS
The SWIFT BPO utility is technically available, and a number of banks are actively using it to execute transactions—Chinese banks were first movers. But volumes have not yet reached critical mass, notes Sharyn Trainor, director of financial supply chain product management at Deutsche Bank.

“ICC adoption of the BPO...will be a huge milestone,” says Trainor. “The financial supply chain business is growing, and the support and acceptance of the BPO by ICC will help broaden market acceptance and [develop] critical mass.”

Trainor notes that uptake of bank payment obligations will be driven by its acceptance by corporates. “Only the future will tell, but the potential is there,” she says, enumerating the new payment obligation’s many advantages. “It is highly flexible, as it may be undertaken at the beginning, such as along with the purchase order details. But it can also be added at a later point in time during the trade transaction.”

“It is a standardized and easy-to-use tool in the life cycle of trade transactions,” Trainor concludes.